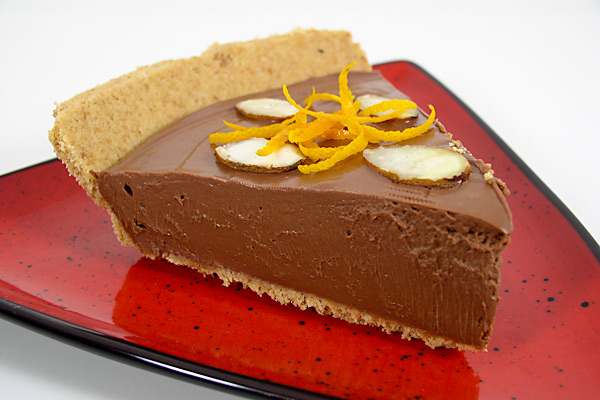 Even vegans watching their diets deserve some chocolate decadence every now and then–and this goes doubly for mothers. Most of us watch not only our own diets but also our children’s and significant others’. So I say, give your mom or your children’s mom or your partner’s mom or your pets’ mom a treat this year. Surprise her with a chocolate mousse pie so dense with luscious chocolate that she’ll never believe it’s vegan. But it is.

I’ve been making a plain vegan chocolate mousse pie for years, but today I decided to add a little something extra–orange liqueur–and it upped the decadence quotient considerably. If you want to turn this back into a “regular” chocolate mousse, just omit the liqueur and add a little extra sweetener. Or you can play with the flavor and add another type of liqueur. Mom’s appreciate creativity!

Caveat: If the mom is seriously watching her diet, it’s best to check with her first to see how she feels about an occasional treat. If she doesn’t want the added fat and sugar of this dessert, consider making her a fat-free one. A few of my favorites are Chocolate Pudding Cake, Fatfree and Fabulous Fudgy Brownies, Applesauce Cake, and Upside-Down Peach Amaretto Cake. Or for a delicious dessert with no fat or added sugar, whip up a batch of Banana “Ice Cream.” She’ll appreciate the thought and time you put into creating something with her tastes and needs in mind. 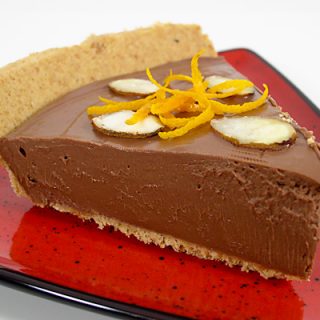