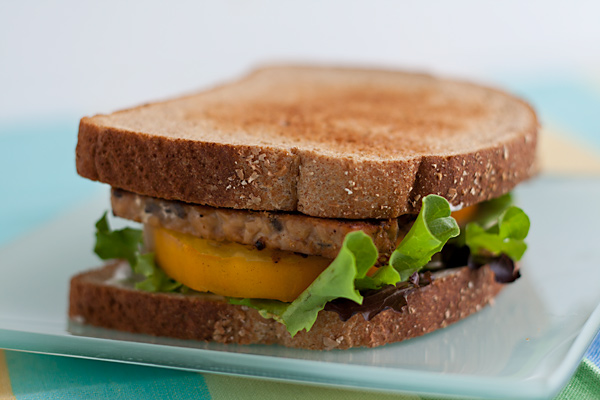 When I told D that we needed to use the tempeh soon before it went bad, he got this far-off, dreamy expression on his face. I thought for a minute he was having some type of male menopausal seizure, but no, he was just thinking about tempeh bacon.

The first place D ever had tempeh bacon was with me in the little vegetarian restaurant we went to on our first date. It became a tradition for us to go there every Sunday for brunch, and their plate of tempeh bacon, grits, and biscuits was D’s favorite.

After E came along, those Sunday morning outings became less convenient, though I still remember her sitting in a high chair, raining down biscuit crumbs and grits on everyone nearby. We were sad to hear that the restaurant closed after we moved away, but thinking of it brings back happy memories. So my apologies to D for my uncharitable thoughts of male menopause. Memories of tempeh bacon have been known to inspire rapturous looks on my face, too.

When I have lots of time, I like to steam or simmer tempeh before marinating it to improve its flavor, but in this recipe, I’ve shortened the prep time by combining the simmering and marinating. The result is an all-purpose tempeh that’s less bacony than my usual recipe but can be used in many types of sandwiches. In addition to making TLT’s, you can use it in Ruben sandwiches or put it on a bun and treat it like a burger. But watch out–you may find yourself getting dreamy-eyed over tempeh, too! 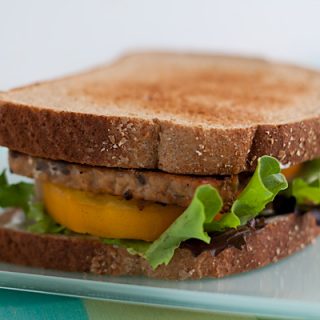