Decadent-tasting peanut sauce adds flavor and excitement to baked tofu and steamed vegetables in this low-fat version of a classic Thai restaurant dish. 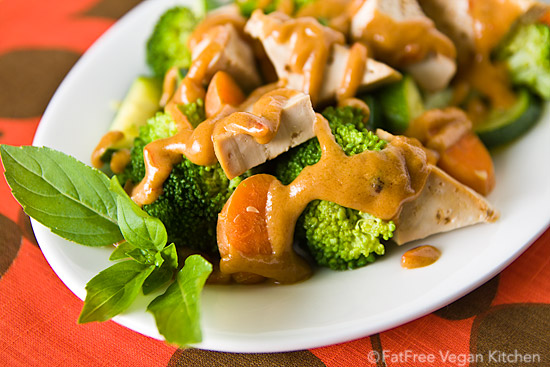 We were in Phoenix our last night in Arizona and really should have eaten at Green. We’d planned to, actually, but after D and I made the executive decision to eat lunch at an Ethiopian restaurant, E complained that we never let her decide where to eat. So, reluctantly–and playing up Green’s great qualities–I presented the options to her, gathered from the very helpful VegGuide site, and she surprised us by choosing Thai Basil.

We can’t get good Thai food in Jackson–the one supposedly Thai restaurant uses “tofu” (and probably vegetables) out of a can–so we all look forward to eating at Thai restaurants on vacation. We specify that we want our meals cooked vegetarian, with no fish sauce. Thai Basil came highly recommended for its vegan options, and we were pleased with the extensive menu and quick service.

The food, for the most part, wasn’t bad, but it wasn’t very good, either. E’s Pad Thai was tasty, but the noodles were almost too tough to chew through, and my Massamun Curry (the dish I almost always order) was so bland that it was virtually tasteless.

The only dish that was really interesting was the one D ordered, named (and I’m relying on memory here) something like Rama’s Favorite: fried tofu on a bed of vegetables covered in peanut sauce. Though it was super-sweet and not spicy at all, it had a good flavor and was the dish we all chose as our favorite. 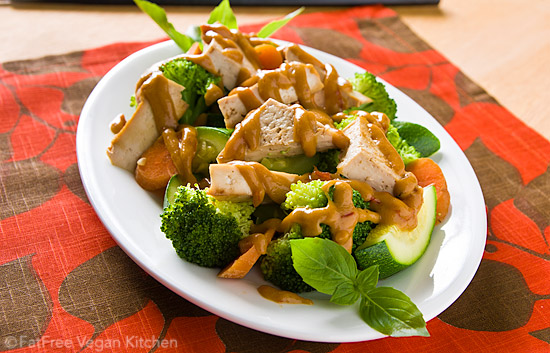 Like food lovers do, we discussed the dish in detail afterward, and D and I both agreed that it could be made much more delicious if it were less sweet, more spicy, and not swimming in oil. I decided to try my hand at recreating it (or rather improving it) while the memory was still fresh in my mind, so a couple of nights ago, I put this dish together.

I’m happy to report that both D and I liked it much better than the restaurant’s version (E was away, so we were able to let loose with the chili sauce). It’s definitely not fat-free, but it’s probably the lowest-fat version of Thai peanut sauce that you’ll find, so save it for special occasions; it’s definitely on the “Good Enough to Serve to Guests” list! 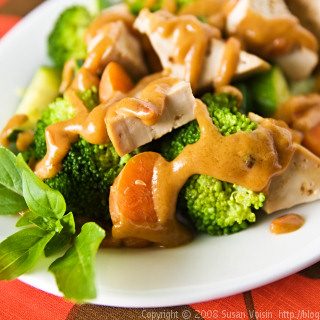 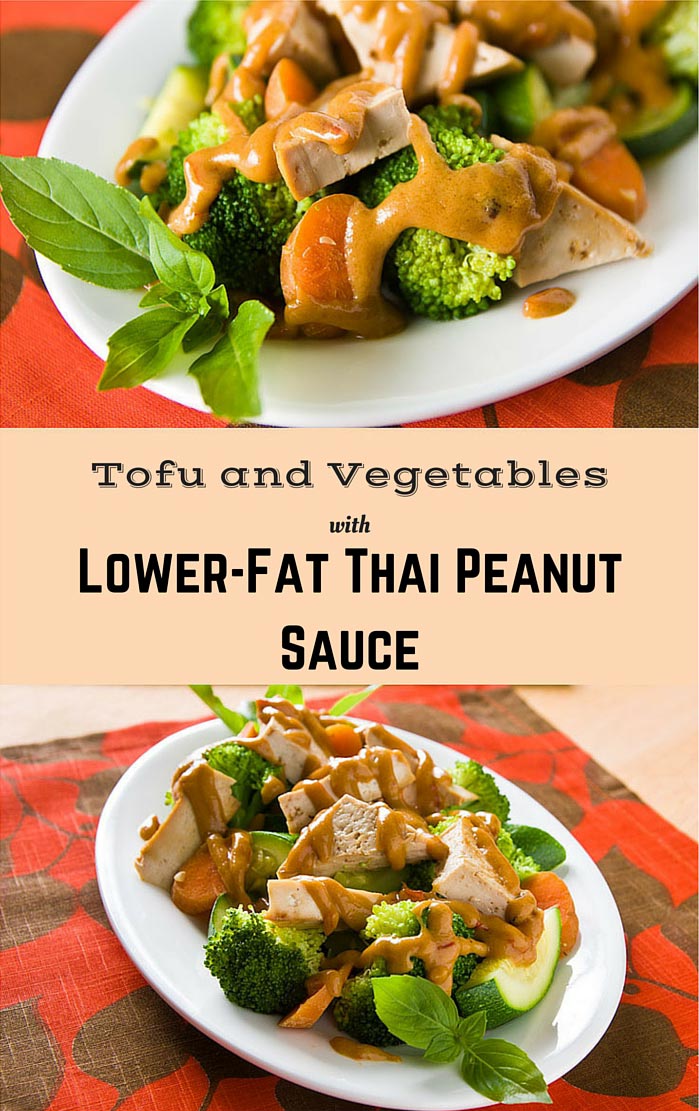