The traditional potato casserole takes on new life with a creamy vegan sauce and bits of smoky tempeh. 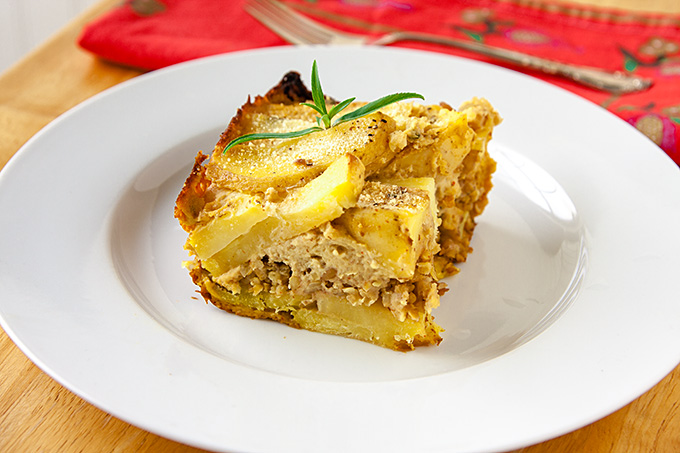 Does anybody make casseroles anymore? I’ll be the first to admit that just the sound of the word is enough to give me flashbacks to the potato chip-sprinkled, tuna and cream of mushroom soup concoctions that were so popular when I was growing up. They were enough to drive a kid to vegetarianism, which, now that I think of it, is a point in their favor.

But maybe it’s time that we vegans take it upon ourselves to change the casserole’s image. After all, potatoes, grains, and pasta–all naturally vegan ingredients–are the backbones of most casseroles, and without the artery-clogging meat, cheese, cream, and cream of this-or-that soup, casseroles can actually be healthy (and easy) main dishes.

The one drawback that I can see is having to turn on the oven during these hot summer months, but I justify that by doing all my cooking in the oven at the same time. Case in point, this potato casserole: roast a big pan of vegetables at the same time, add a green salad, and you’ll have a complete meal without having to use the stove at all. 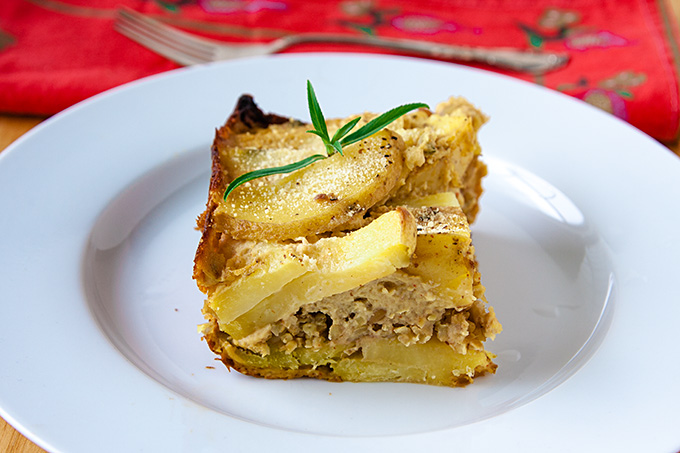 The recipe was inspired by all those potato, cheese, and ham concoctions of yesteryear, but instead of cheese I use a variation on the sauce from Macaroni and Cheeze, and instead of ham I substitute a simplified version of tempeh bacon. To be honest, the tempeh breaks down so that it’s like neither ham nor bacon, but crumbly and delicious in its own right.

Though the recipe looks complicated, once you’ve got the casserole assembled, it practically cooks itself; you’ll have plenty of time to toss a salad, pour yourself a glass of wine or juice, and kick back and enjoy the aromas wafting from your oven.

One more thing: The family says to tell you that this recipe is kid-friendly and husband-approved…which is a good thing because you’ll probably have enough leftovers for the whole family’s lunch the next day. 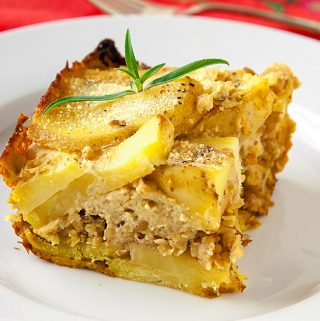 Fresh tarragon gives this casserole a real spark of flavor, but if you don’t have it or don’t enjoy tarragon, you can leave it out.
Prep Time 25 minutes
Cook Time 1 hour 10 minutes
Author Susan Voisin

Course Main Course
Cuisine American, Vegan
Keyword potato casserole, wfpb potato casserole
Have you made this recipe?Mention @SusanFFVK and tag #fatfreevegankitchen in your photos on Instagram.
Share on Facebook Pin This Recipe Share by Email 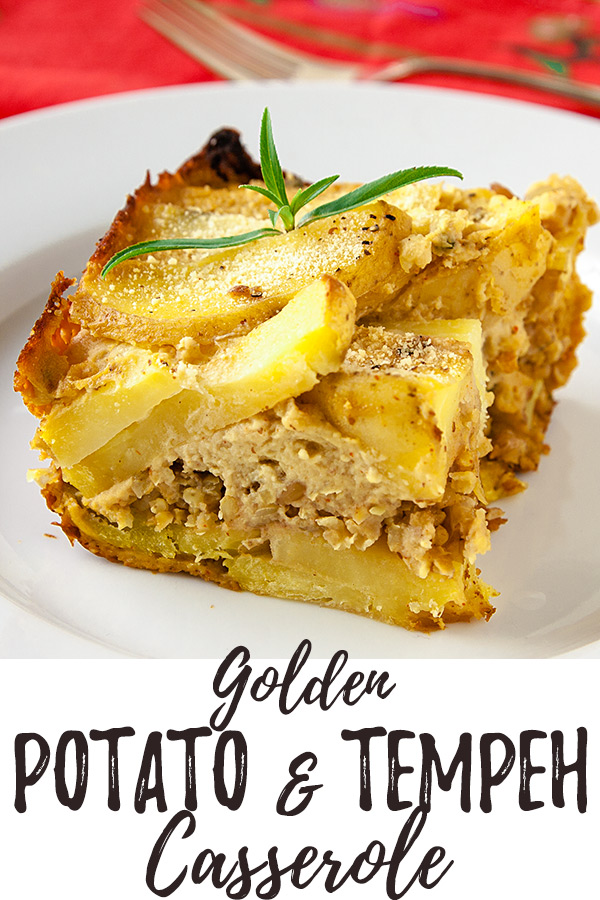