I’ve been outside a lot lately, enjoying my garden and taking a few photos when I can remember to bring the camera out with me. As it turns out, when I look closely enough I find that I’m not the only one enjoying the garden. 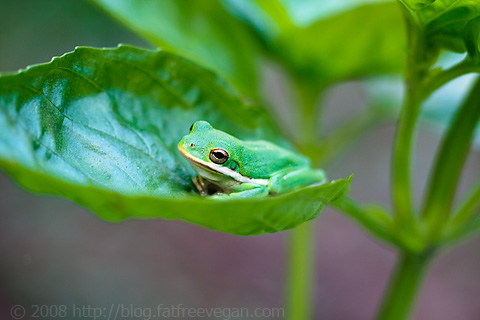 I was admiring my basil, which is just now hitting its peak, when I noticed this little fellow cupped inside a leaf. He’s lucky he didn’t get picked for pesto! 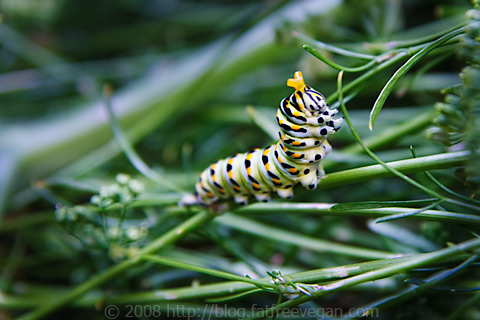 We have a “volunteer” pumpkin, one that grew from the compost we spread on the garden. I was checking it out when I noticed this caterpillar giving it the eye. I doubt this guy eats pumpkins, but I moved him to the other side of the house, just in case. 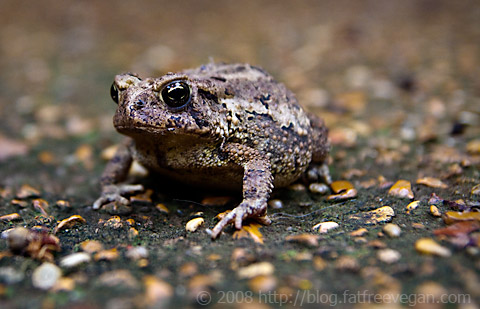 This is the Porch Toad. I’ve seen him–or one who looks just like him–several times on the back porch. I suspect that he’s drawn by the insects that clamor at our window at night. 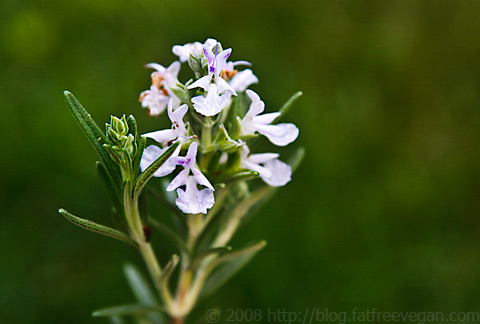 I tried to get a photo of the bees that buzz around the rosemary flowers, but I just wasn’t fast enough. I think the butterfly-shaped flowers are pretty in their own right–as well as a tasty addition to salads. 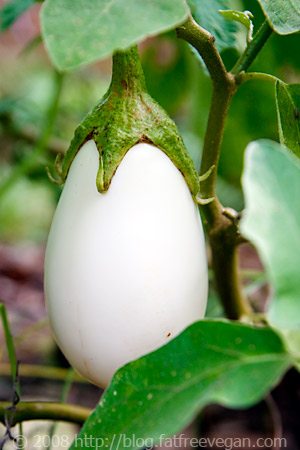 Eggplants seem to like me as much as I like them. This year’s crop did much better than the tomatoes, which didn’t like our hot summer days. When they’re white like this, you can understand why they’re called “egg” plants!

Thanks for touring my garden with me. I’ll be gathering some ingredients from it and cooking up a new recipe soon.