In this low-fat, vegan pudding cake, the sauce magically sinks down through the cake to form a layer of cherries in chocolate pudding on the bottom. 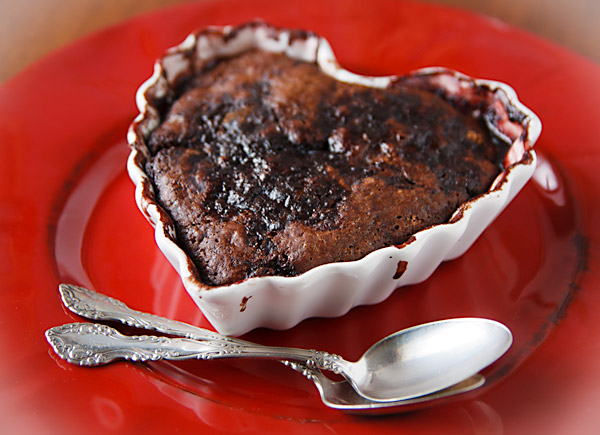 To me, nothing says Valentine’s Day like chocolate. Unfortunately, my husband is not a big fan. Like his love of sports, his apathy toward chocolate is something I just don’t get. I’ve tried enticing him with all sorts of decadent chocolate desserts, but his reaction is always the same: “It’s okay…for chocolate.” 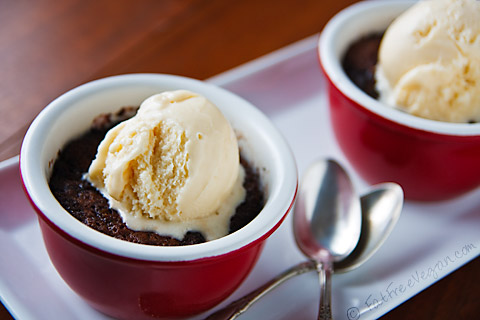 So in order to get him to really love something with chocolate in it, I’ve learned that I have to combine it with a flavor he really likes. Fortunately, he really likes cherries, which are right up there with chocolate on my list of romantic foods. Their vibrant red color and sweet-tart flavor make them perfect little Valentines all on their own. Combined with chocolate, they’re irresistibly luscious and seductive.

I started with a recipe for old-fashioned chocolate pudding cake, the kind that almost magically forms a fudgy sauce underneath a layer of dark chocolate cake. Everyone has a favorite recipe for this cake, but the one I’ve been using for years is a variation of this fat-free version. For this special Valentine’s version, I wanted to add cherries to the pudding layer, to make them covered in chocolate, but that turned out to be trickier than I thought. 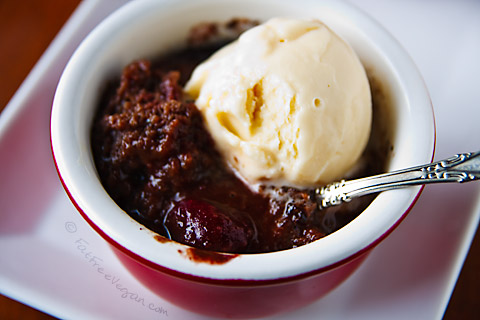 It took three attempts, but I finally got the proportions right. Meanwhile, my family has been feasting on this delicious, I-can’t-believe-it’s-fat-free dessert every day. And you know what: Even the chocolate-intolerant hubby loves it.

I challenge you to try it out on one of your loved ones, someone who claims not to like fat-free or vegan desserts. With or without vanilla ice cream on top, this dessert will make them fall in love with chocolate.

P.S. If chocolate is not your thing, be sure to check out my wide variety of low-fat plant-based desserts, everything from Applesauce cake to Zucchini brownies! 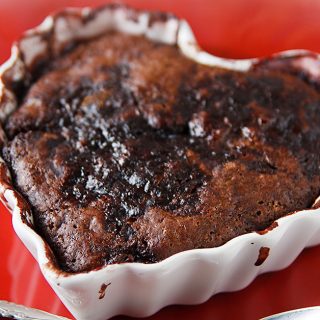 The sauce “magically” sinks down through the cake to form a layer of cherries nestled in chocolate pudding on the bottom. Serve warm or chilled, with or without non-dairy ice cream.
Prep Time 15 minutes
Cook Time 30 minutes
Total Time 45 minutes
Servings 4
Author Susan Voisin 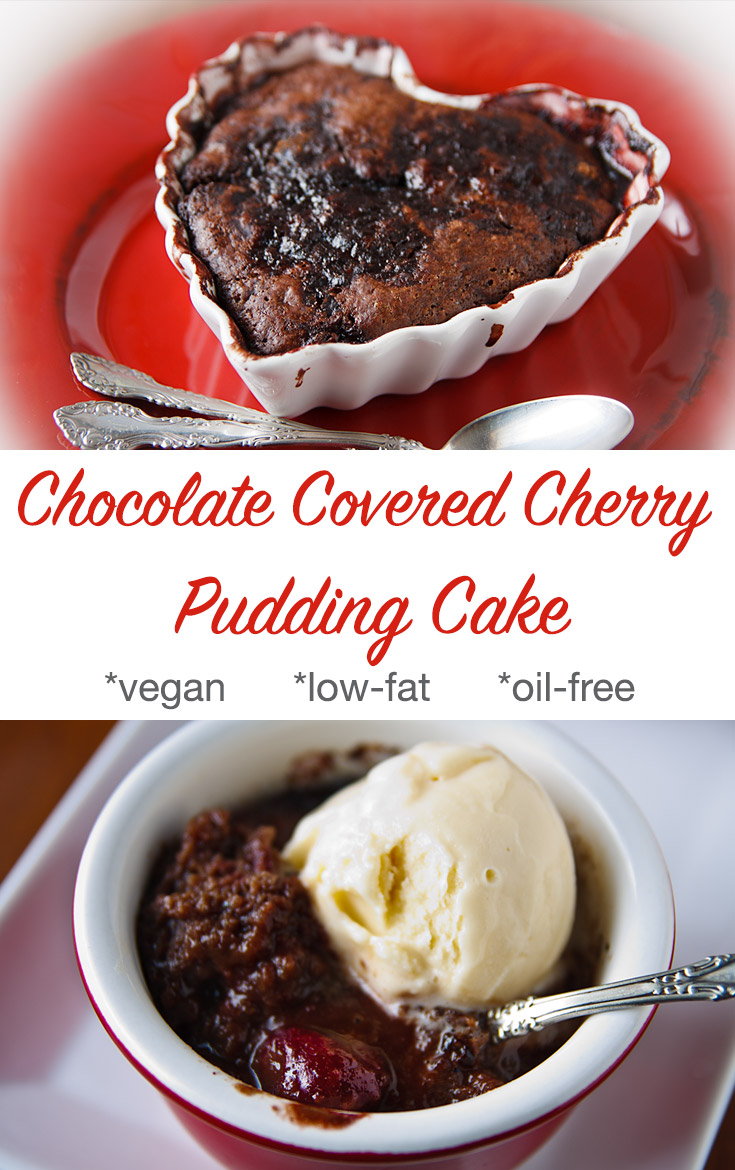