What happens when you bake vegan colcannon? You get deliciously seasoned puffs that are tender on the inside, lightly crispy on the outside. 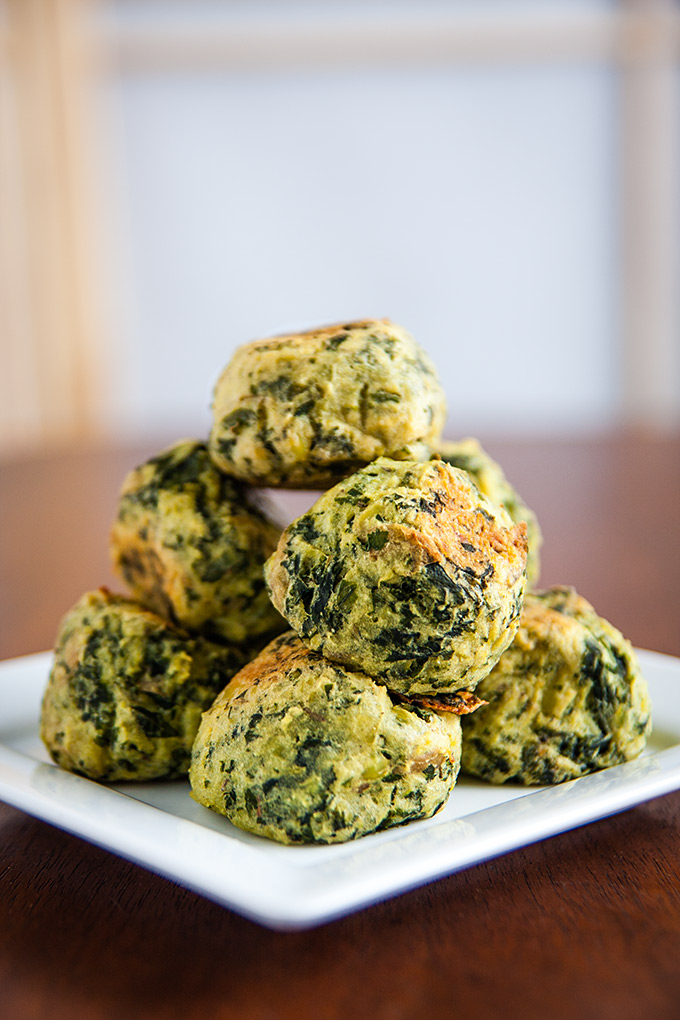 With St. Patrick’s Day just around the corner, tonight I couldn’t resist making one more Irish-themed recipe. I had a bunch of kale in the fridge that I needed to use up, so my thoughts immediately went to colcannon, the traditional Irish dish of mashed potatoes and cabbage or kale. Then a conversation about potato pancakes got me thinking of the ones my mother used to make with leftover potatoes, and soon I was contemplating colcannon pancakes.

Sometime between cooking the potatoes and adding the seasonings I decided to try baking the colcannon in small balls. My theory was that my daughter would be more likely to eat a small green ball than a large green patty, a theory that was validated when she saw the potato-kale mixture and declared that I had just ruined a perfectly good batch of mashed potatoes. 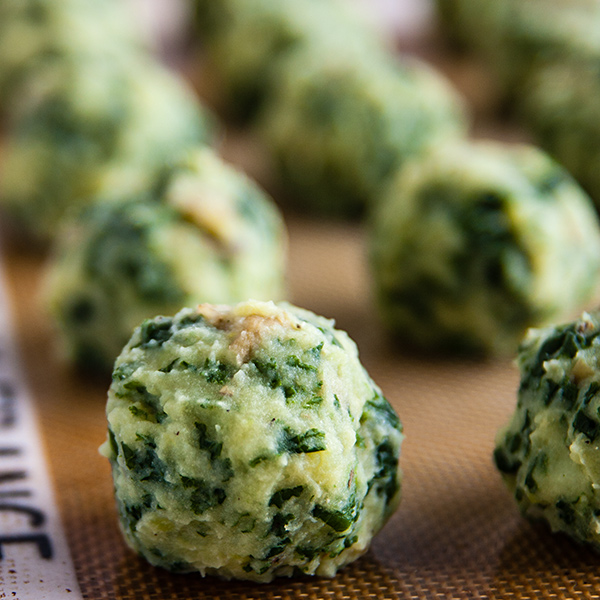 Fortunately, she was still willing to give the cooked puffs a try, and after eating all three of the ones on her plate, she announced that they were better than they looked. I’ll take that as a compliment.

Tender on the inside, lightly crispy on the outside, these deliciously seasoned puffs may have your kids eating kale, too! 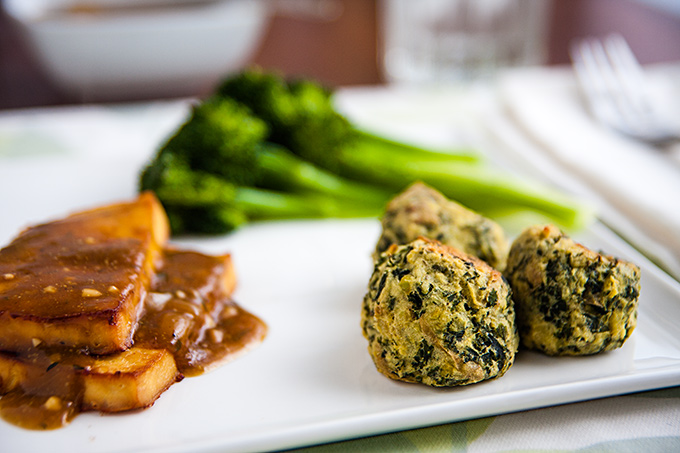 I served the vegan colcannon puffs with baked tofu with a basic gravy and broccoli. The puffs tasted delicious with a little gravy, too.

For more of my St. Patrick’s Day ideas, check out these recipes:

And here are a few from some other fabulous blogs: 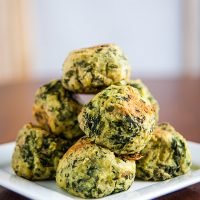 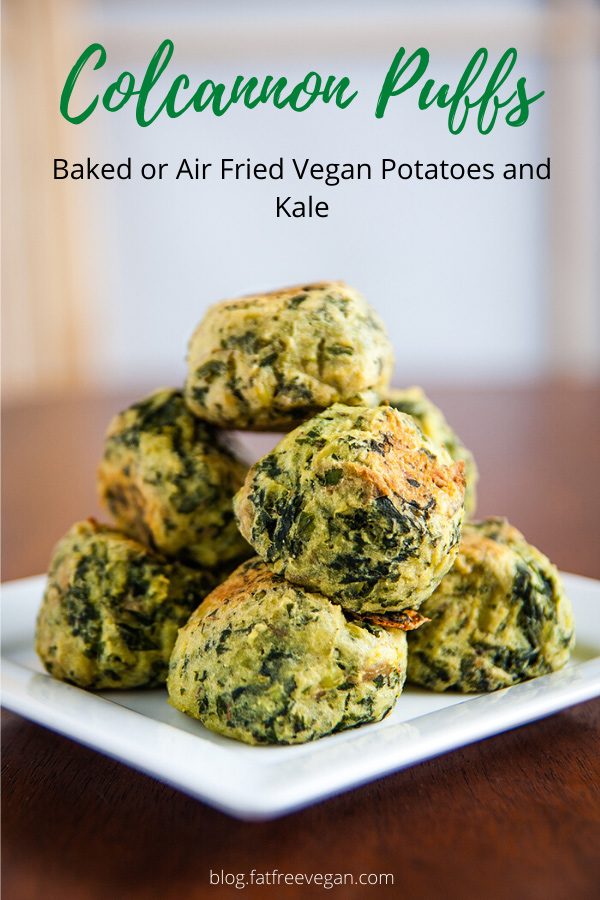