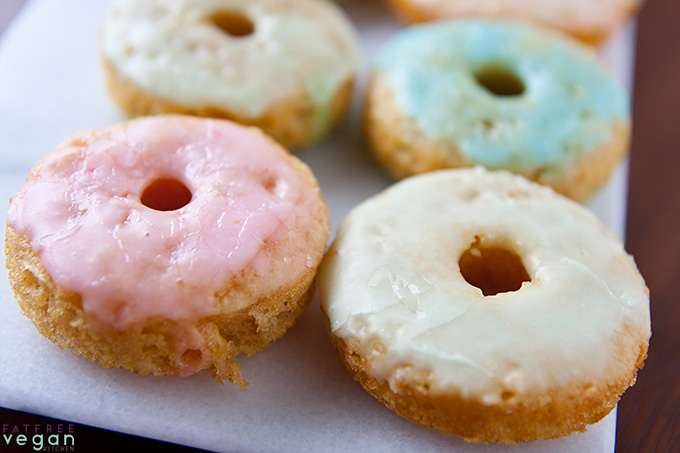 If it weren’t for my daughter, I probably wouldn’t post this recipe. Cute though they are, mini donuts, even if they’re fat-free and made with whole wheat flour, really aren’t the healthy kind of food that I want to advocate.

But my daughter couldn’t get enough of them and insisted: “I rate them 6 out of 5 crumbs, Mom! You have to post them!” Never mind that A] they were fiendishly hard to get out of the donut pan (she dipped them in glaze while I handled that frustrating task) B] they taste more like tiny sponge cakes than donuts (the better to soak up the sugar glaze, she says) and C]…well, I don’t really have a C. If the fact that they’re loaded with sugar, stick to the pan, and don’t taste like real donuts doesn’t turn you off, then who am I to keep the recipe from you? 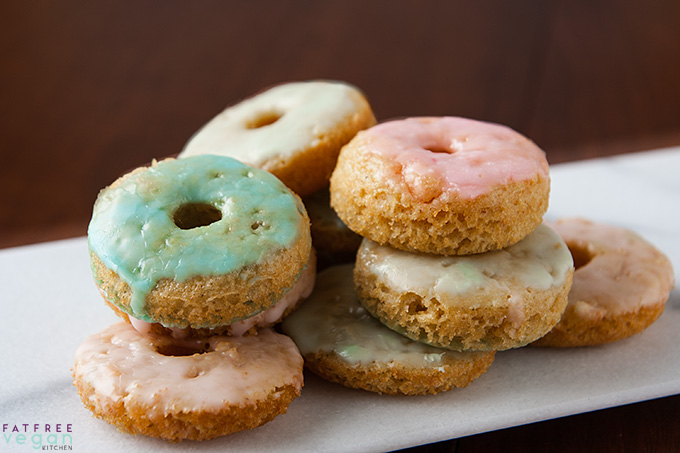 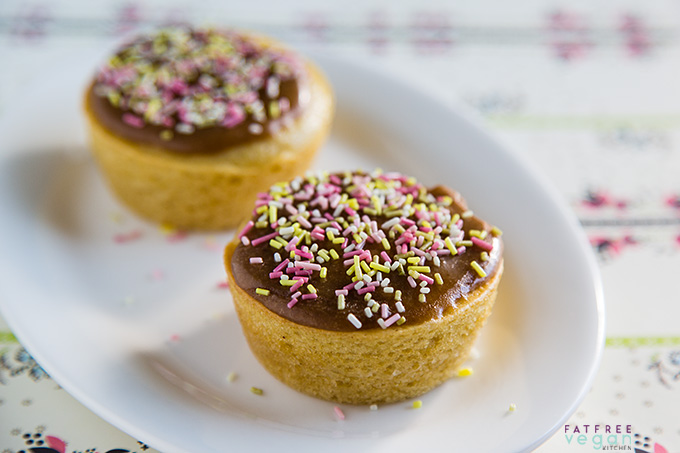 Update 5/28/13: My daughter made these today in a cupcake tin and topped them with a brown sugar glaze. Though they didn’t rise as high as cupcakes, they were delicious–and much easier to get out of the pan than mini donuts. The recipe made 9 regular-sized muffins. I suggest baking them at 375F until a toothpick comes out clean, at least 15 minutes. 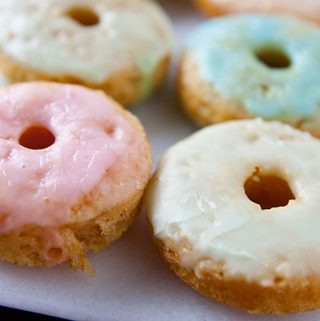 As mentioned above, these were difficult to remove from the pan even though I sprayed it with pure canola oil. Perhaps a commercial non-stick spray would work better. Obviously, I don't recommend trying these without oiling unless you have a silicone pan. Better yet, make them as muffins!
Prep Time 15 minutes
Cook Time 15 minutes
Total Time 30 minutes
Servings 24 mini donuts
Author Susan Voisin 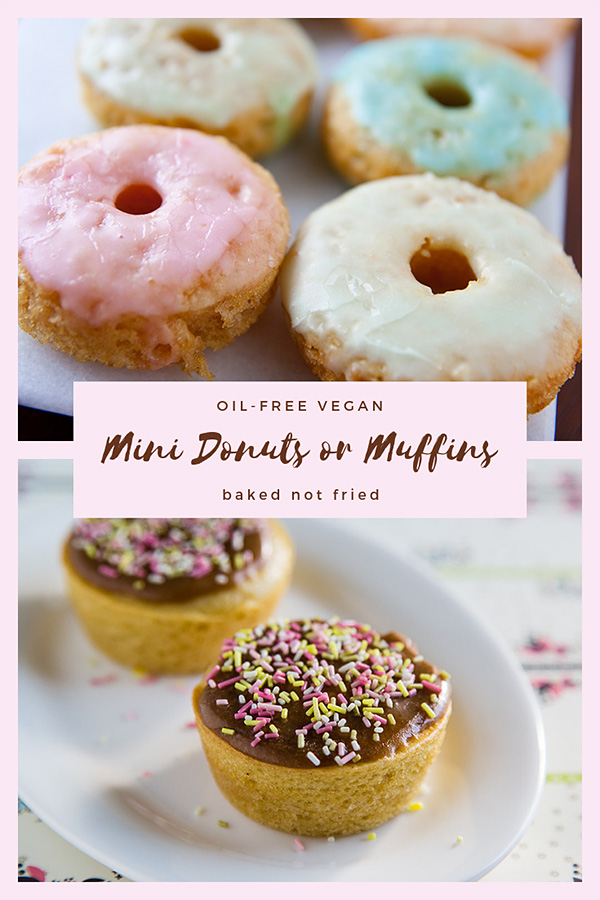