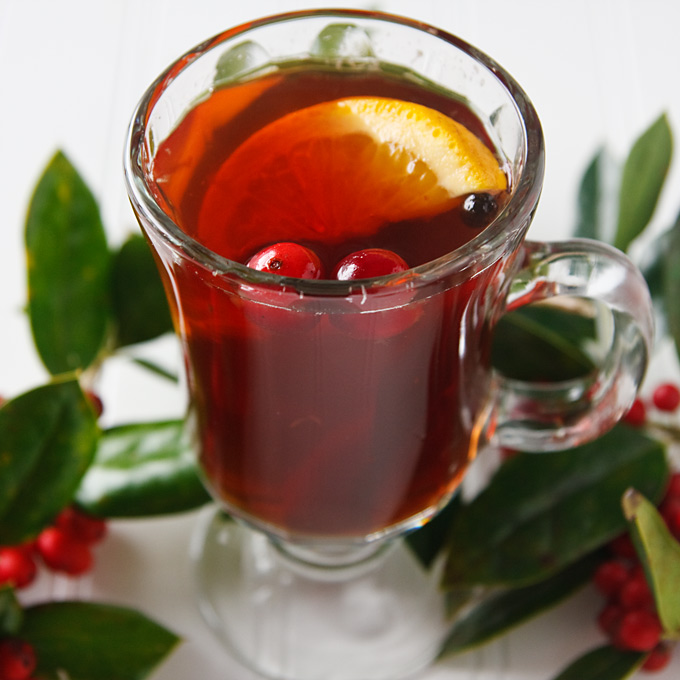 Most of the holiday food traditions in my family seem to involve oranges. October through January is citrus season in southeastern Louisiana, or at least in my parents’ garden, so both Thanksgiving and Christmas are celebrated with plenty of citrusy dishes like ambrosia, cranberry relish (with raw orange peel included), lemon pies, and wassail.

During the holidays my mother often brews up a pot of wassail, and I grew up hearing the word and associating it with both her hot, spiced tea and orange drink and with the first line of the carol, “Here we go a-wassailing.” I thought it had something to do with caroling, but I didn’t really give it a thought beyond that.

As it turns out, wassail as a noun and a verb has a long history in England, predating the celebration of Christmas, and has virtually nothing to do with tea or even oranges. 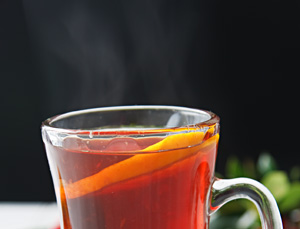 Wassail started out as an Old English greeting, was hál, and meant “be hale” or “be of good health.” Along the way it became both a drink of spiced ale or wine and a drinking salutation or toast; in fact, our use of the word toast comes from the practice of floating pieces of toast in the wassail bowl. Wassailing as a activity may have begun from the practice of toasting and drinking from a common bowl but in feudal times it evolved into a sort of combination of door-to-door caroling and trick-or-treating. Peasants would visit their feudal lords and offer their blessing, or wassail, in expectation of being given food and drink:

“Love and joy come to you,
And to you your wassail too;
And God bless you and send you
a Happy New Year”

I think of my version of wassail as “New World” because instead of wine or ale, I’ve used fruit juices, including juice from cranberries, a North American ingredient that wasn’t available in Europe until the 1800’s. I’ve left out the tea that my mother uses–as well as the generous amount of sugar that she adds to sweeten it–and stuck to 100% juice: apple juice or non-alcoholic cider and a cranberry juice blend that does not contain added sugar. A handful of cranberries brightens up the color and long simmering brings out the spices, while a little brandy added at the end, if you like, carries on the tradition of wassail as an alcoholic drink.

If you’re interested in the long and varied history of wassailing, there’s plenty of information be found in Wassailing Through History and in this Wikipedia article. And, if you’re interested in more traditional types of wassail drinks, check out the spiced brown ale recipe at Accidental Hedonist or the Madeira and ale version by Alton Brown (which contains eggs and gets a bad review from at least one blogger).

Wassail, everybody! And Happy Holidays! 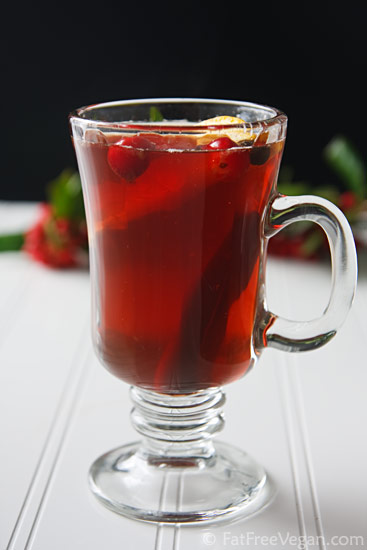 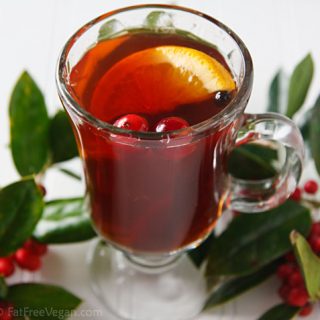 Course Drinks
Tried this recipe?Post a photo to Instagram and tag @susanffvk!