It only takes a few minutes to preserve your jalapeño pepper harvest with this easy, sugar-free recipe for refrigerator pickles.

At the beginning of last fall, the jalapeño plants in my garden went into overdrive, and I found myself with a whole bunch of peppers all at one time. Now, I love jalapeños. I put slices of them, seeds and all, on sandwiches, tacos, burritos, and burgers all summer long. I love the heat and the crunch that the fresh green peppers provide. But there was no way my family and I could eat this many peppers before they went bad, so I started looking into ways to preserve them.

I’ve never much cared for the pickled jalapeños you can buy in stores; they taste like they look: drab and limp. So I didn’t have much hope that I’d really enjoy jalapeños that I’d pickled myself, but I was willing to give it a try rather than let my harvest go to waste. I’m so glad I did! They turned out crisp, spicy, and delicious, and my family enjoyed them until about mid-winter when they ran out. 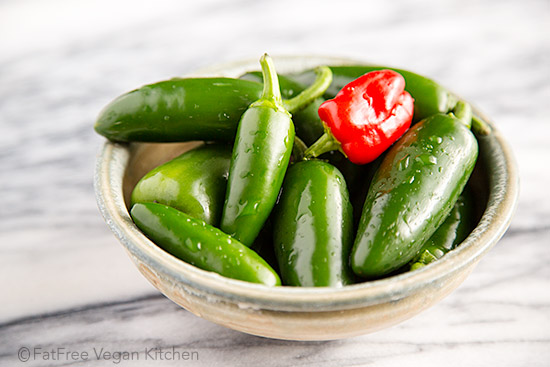 I didn’t post the recipe then, reasoning that most people weren’t coming into a crop of jalapeños in October. I decided to wait until my next jalapeño harvest, and in anticipation of that, I planted about three times as many jalapeño plants than usual, knowing that I could pickle any surplus. The first harvest came in this week, and after setting aside a few to use fresh, I quick-pickled the others. (A little red Cajun Belle pepper ripened at the same time, so I threw it in for color.) 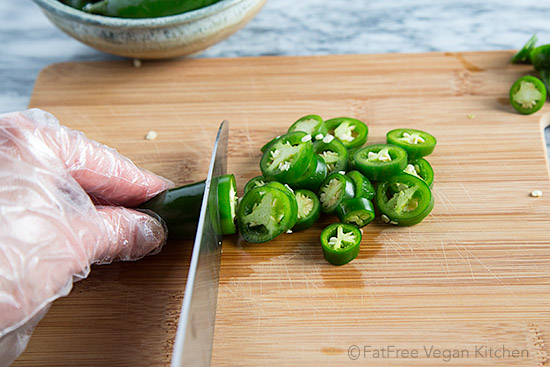 The most time-consuming part of this recipe is the slicing of the peppers. I’ve learned my lesson and now use disposable gloves that I bought in a Korean grocery store to handle the jalapeños.

I’ve also learned to take them off right after handling the peppers because eyes don’t care whether you touch them with jalapeño-covered fingers or gloves. Either way, it’s going to burn! So chop the peppers, use your gloved hands to fill the jars, and then throw the gloves away. [/public service announcement] 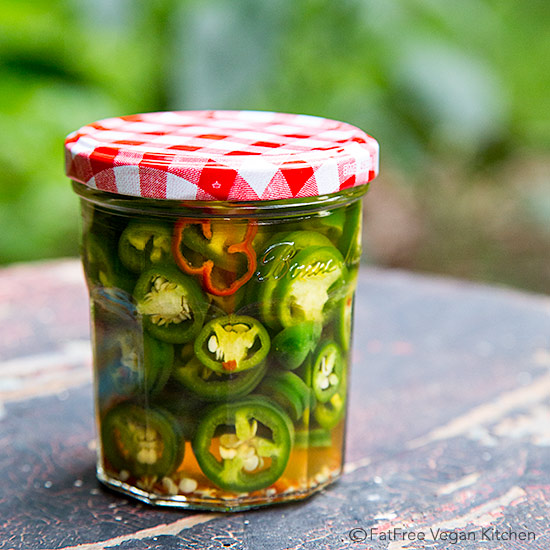 My recipe differs only slightly from others you can find on the internet. Mainly, I add some dried red pepper flakes to keep the peppers spicy because pickling can sap some of the spiciness out of jalapeños.

Also, I don’t use sugar because I don’t think it’s needed, but if you want your peppers to be a little less vinegary, feel free to add a couple of teaspoons. Finally, I like the flavor that garlic adds to jalapeños, so I use a little more than most people and I slice them to allow more of the flavor to come out. I also like to eat the pieces of garlic, so this way there’s more of them. 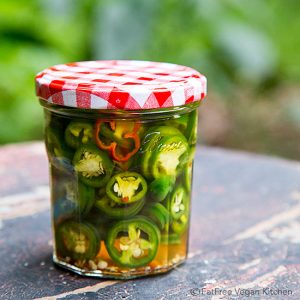 I like my jalapeños HOT, so I add red pepper flakes to keep them that way after pickling. But for a milder flavor, skip the red pepper and add 2 teaspoons of sugar to the vinegar mixture. You can also try removing some of the hot seeds by covering the jalapeño slices with water and agitating them. Be sure to let them dry before putting them into jars.
Prep Time 15 minutes
Cook Time 5 minutes
Total Time 20 minutes
Servings 24
Author Susan Voisin 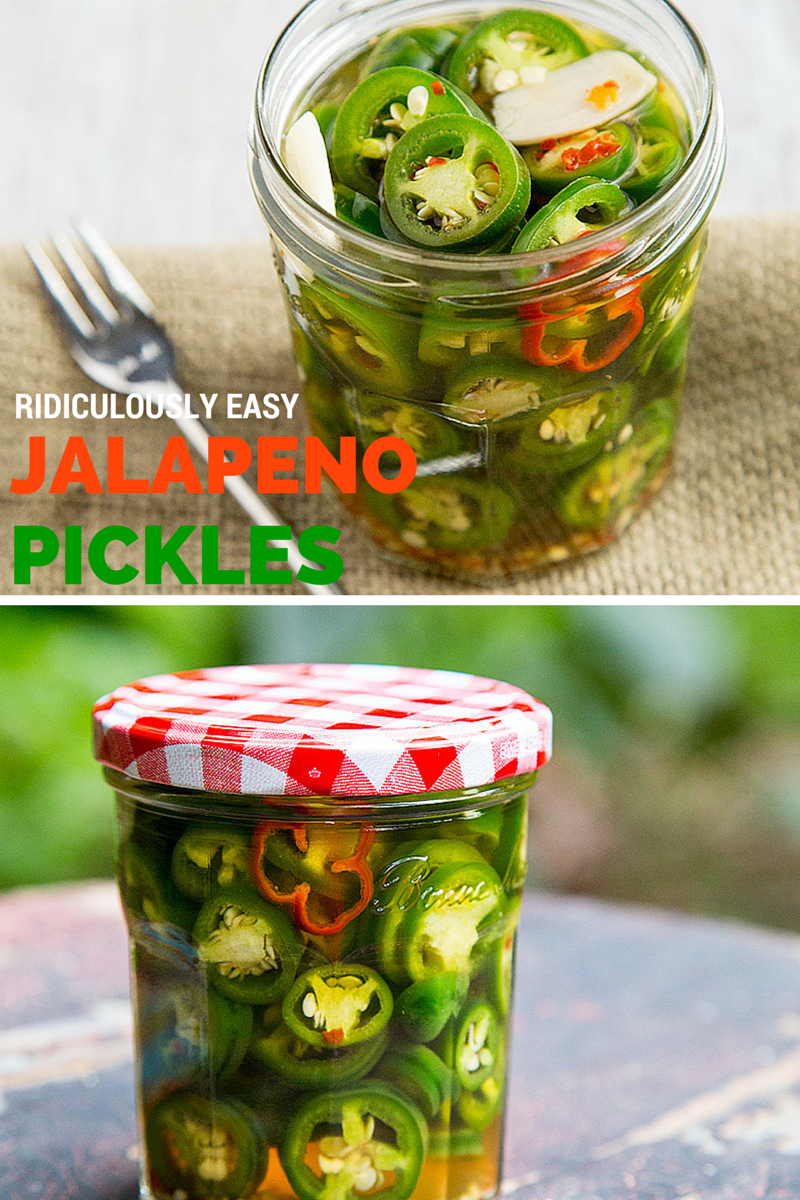