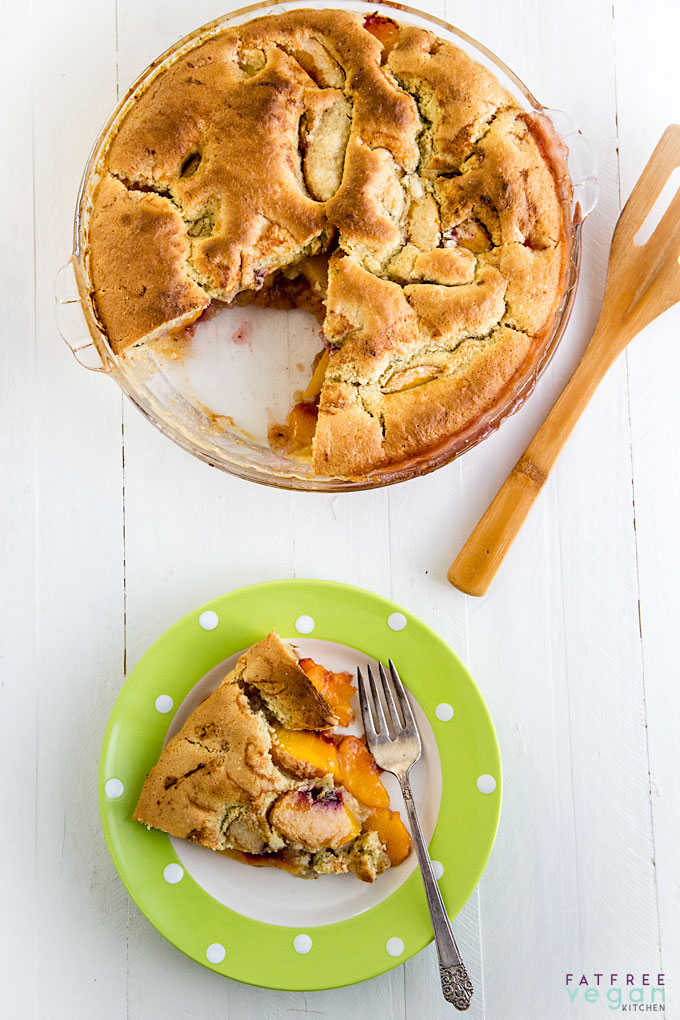 I grew up with peach trees in the garden, and it pains me a little to have to pay money to buy peaches imported from Alabama every summer. But truth be told, our homegrown peaches were always on the small side, compared to the juicy globes of sweetness I now get from our farm stand. I hate to think how many of our Louisiana peaches I would have had to peel and cut to make this delicious gluten-free peach cobbler.

And it is! Delicious, I mean. For something so easy, using only ingredients I already had in the house, it’s kind of a miracle how good this pie/cake is. Especially considering it was the result of a last minute change in plans. 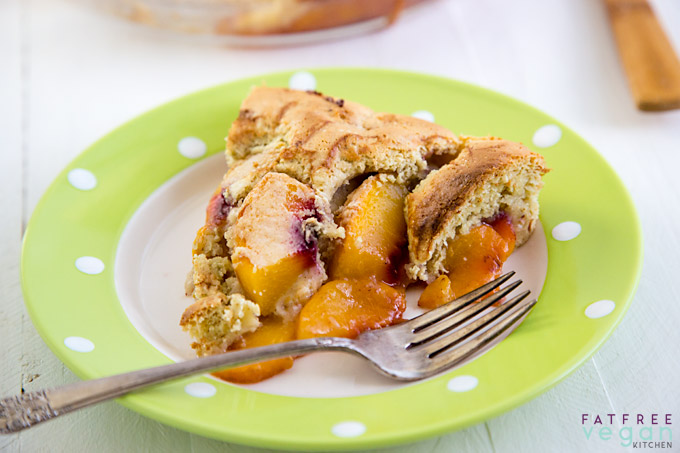 You see, I had an idea for mini peach pies that involved using spring roll wrappers instead of pie crust. I came up with this brilliant idea a couple of weeks ago and removed the package of spring roll wrappers from the freezer and put them in the refrigerator to thaw.

And then life, laziness, and an unripe batch of peaches got in the way, and those peach pies just never happened. When I finally got around to making them, the spring roll wrappers were as rigid and dry as cardboard. There was no way to make them curve to fit mini pie pans.

So that’s an experiment I will have to perform later. Fortunately, I had already peeled and sliced the peaches, so I had to make something. My husband was expecting pie. Do not get between that man and a pie! 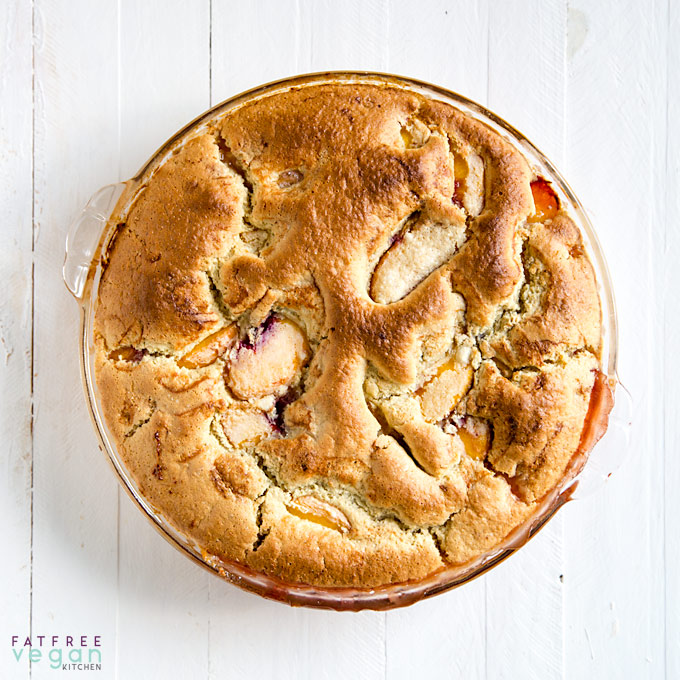 So I went in a different direction and made a peach cobbler. Now, in Louisiana we all seem to have different ideas of what a cobbler is. To my mom, it is a deep dish pie with no bottom crust and a lattice crust on top (what I now hear is called a pandowdy.) My husband says he thinks of a crumb top when he thinks of cobbler (I call that a crumble or crisp.)

But if you search Google, you’ll learn that true cobbler recipes consist of “sugared (and often spiced) fruit topped with a sweetened biscuit topping and baked until the fruit is tender and the topping is golden.” It’s similar to and often confused with a buckle–fruit cooked on top of cake batter until the cake rises up and the fruit “buckles.”

Call it whatever you like, this dessert is the perfect use for the fruits of summer.

I did not go crazy with the sugar because the peaches are already very sweet, so the freshness of the fruit shines through. The batter (more like a cake batter than a biscuit dough) works its way down through the fruit and transitions from brown and crisp on top to cake-like in the middle and syrupy on the bottom.

It’s sublime. Make it now. You can even use another type of fruit, if you have to. 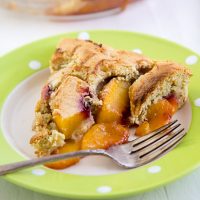 I used a Bob's Red Mill gluten-free baking flour blend, but I'm sure you could substitute your favorite mix, as long as it doesn't contain any baking soda or powder. Even whole wheat or white flour will do.
Prep Time 15 minutes
Cook Time 40 minutes
Total Time 55 minutes
Servings 6
Author Susan Voisin