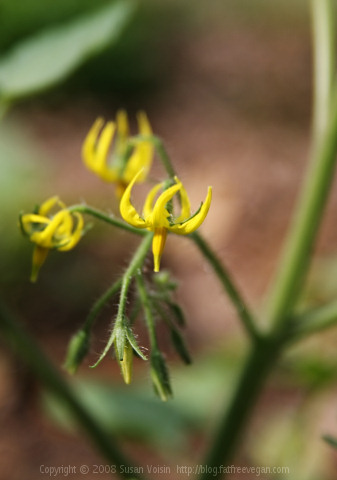 Friday morning started off like any other. After my morning coffee, I took the dog for a walk around the neighborhood, both of us glad to be out on such a beautiful day. When we got back to our yard, I grabbed my camera to take a shot of the first blooms on one of my tomato vines–they’ll be tomatoes in a couple of months, I thought. While I had the camera out, I snapped photos of some of the flowers blooming as well as the new fence we just had installed; its golden cedar color will fade to gray quickly, and I wanted a record of how new it looked.

The rest of the morning I spent cooking and doing sporadic cleaning. We’d made plans to go away for the weekend with a bunch of friends, and I was planning to bring a big pot of chili and a chocolate-orange cake for Saturday night’s dinner. I’d gotten the chili on the stove and was eating lunch around 12:15 when the tornado siren went off. At first I ignored it, but as it continued shrieking, it started to dawn on me that maybe I should turn on the TV to see if there really could be a tornado in the area.

Every local station was broadcasting weather alerts: the storm was crossing the interstate, and its projected path went directly over my house. “Get into a closet or central hallway and cover your head with pillows and blankets,” the meteorologist advised. I took one look at the black skies out the window, grabbed the phone and a few pillows, and crouched down in the hallway. I fumbled with the phone, trying to call my husband at work to tell him I’d taken cover, but just as I managed to punch in the phone number, the electricity went off, making my cordless phone useless. As the wind began roaring louder and louder, I heard a strange thing–a knocking on my back door. At first I wasn’t sure what it was, but it came again, an insistent knocking on the door farthest from where I was huddled. The wind was pounding at the windows and I was hesitant to leave my nest of pillows, but I thought that a neighbor might be in trouble so I ran to the door.

I called out “Who is it?” but the storm was too loud for me to hear if there was a response, so I opened the door to find a woman I didn’t know standing in my carport. She’d been driving down the street, she said, on her way to her child’s preschool, when a huge pine tree fell in front of her car. She’d pulled into the closest side street and then realizing that her car was not a safe place to be, she’d knocked on a stranger’s door–my door– seeking refuge. I told her to come in and apologizing for the messiness of my house (that Southern hospitality thing is ingrained!) led her to the hallway in the middle of the house to wait out the storm. As the wind shrieked and hail pelted the front doors and windows, we talked nervously about the storm and our children, and when I mentioned E’s name, an uncommon one, my visitor realized that we weren’t such strangers, that her daughter and E had taken dance lessons together a few years ago. I’m sure she felt better that the stranger whose messy house she’d entered wasn’t such a stranger after all.

The storm lasted maybe 10 minutes. Once the threat was past, my guest went on her way, eager to get to the preschool to check on her child, and I went outside to assess the damage: an apple tree uprooted in our backyard and a pine tree broken about a quarter of the way up, the top having smashed through our new fence and into our neighbor’s yard. Shingles from the front of our roof were now in our back yard, but other than that, our house looked fine. Across the main street from us, however, it was a different story. Pine and oak trees criss-crossed the street, their tops and trunks piercing the roofs of houses and crushing cars; it looked like a giant had played a game of pick-up sticks with them. All I could think was that if my surprise visitor had turned right rather than left onto my street, she and her car would have been under one of those trees.

The rest of the afternoon is a blur. Neighbors gathered outside to compare damages and commiserate. D and I canceled our plans to go away for the weekend and began cleaning up the yard. Late in the afternoon, we took a walk, trying to navigate the same route I’d walked with the dog that morning, but downed trees made the streets impassible. Most of the houses we passed had severe damage; one had been hit by three different trees, each of them about 2 feet in diameter, evenly spaced so that no part of the roof remained intact.

It’s been four days now, and fallen trees and power lines still block some of the streets in my neighborhood. Our electricity was turned back on this morning, but after 4 days of making cold sandwiches and reheating chili on our camp stove, I’m not sure how quickly I’ll be able to make the transition from emergency cooking to food blogging. Perhaps if I were a more creative cook I’d be able to whip up some wonderful concoction from the thawed contents of my freezer, but I just don’t have it in me. I’ll get my bearings soon, I’m sure, but for now I’m just riding the waves of mixed emotions, grateful to be safe but dismayed at how quickly the landscape around us can change. 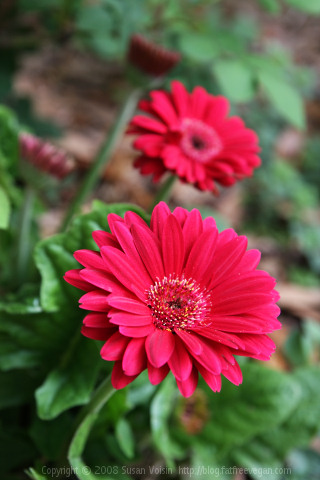 Gerbera Daisy Before the Storm 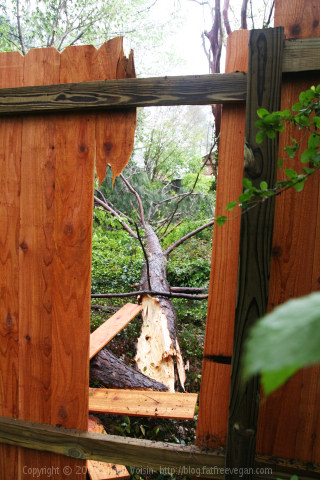 Our Tree, Our Fence, Neighbor’s Yard 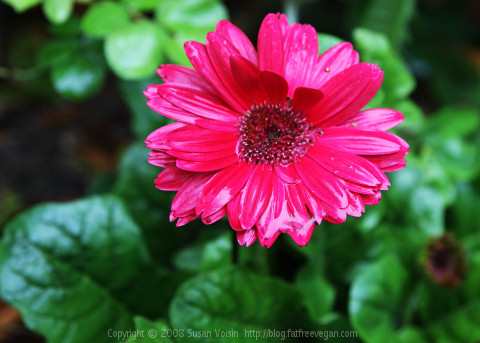 Gerbera Daisy After the Storm–Like us, wet and grimy but still standing. 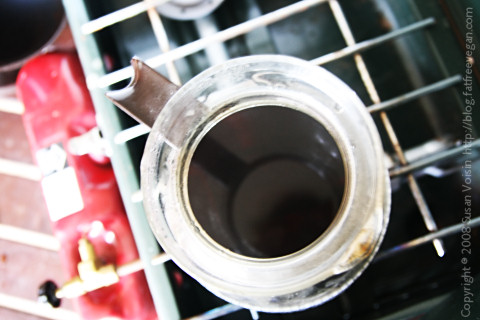 Coleman Stove and Melitta Coffee Pot to the Rescue 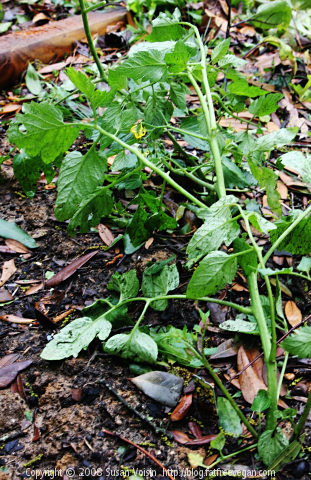 Bent but not broken, the tomato plant still has two flowers.