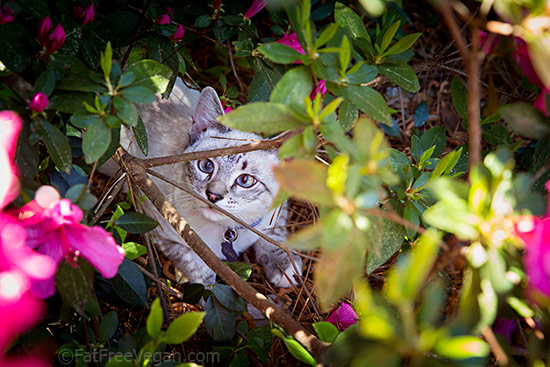 I’m usually all about the food–check out the hundreds of recipes in my Recipe Index–but I received so many requests for photos of Loki that I couldn’t say no. I think a few of you are almost as obsessed with Loki as I am!

Loki is an indoor cat who is determined to be outside. And he’s fast. Any time one of us has to go in or out, someone has to hold onto Loki to make sure he doesn’t make a break for it. We’ve begun letting him have supervised time out in the fenced back yard because he obviously enjoys it to much, but we have to watch him closely because he can run straight up the fence. And this is who is the other side: 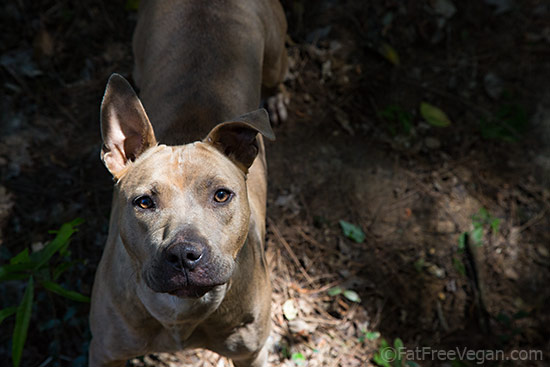 This may be a perfectly nice dog, but he sounds ferocious, growling and barking whenever he hears us outside. And Loki, who in other ways is a very intelligent cat, is curious and shows no fear of him. Twice I’ve had to run and grab him as he reached the top of the fence, fearing that if I didn’t get him, the dog would.

Fortunately, Loki spends most of his outdoor time playing in the azalea bushes: 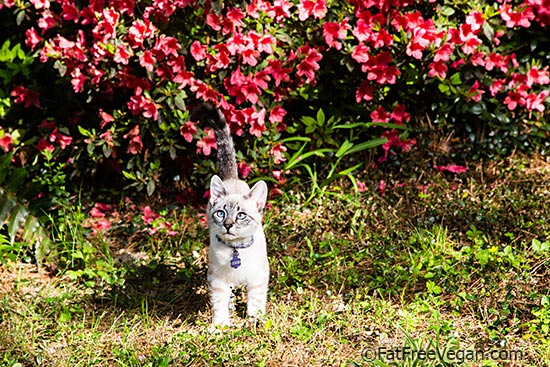 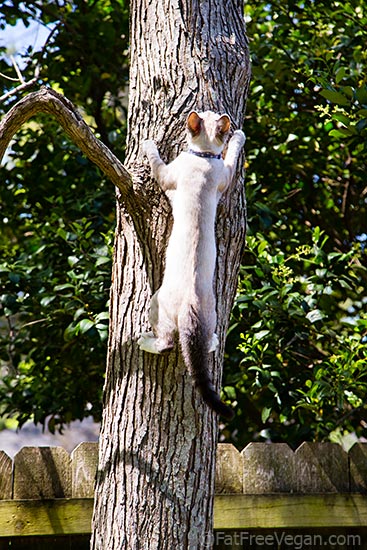 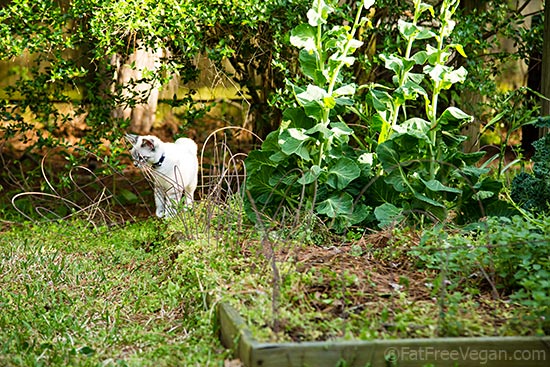 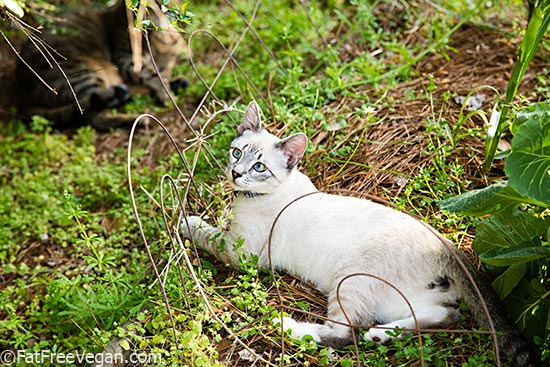 …and stalking his friend Leo, who most of the time would rather not be bothered: 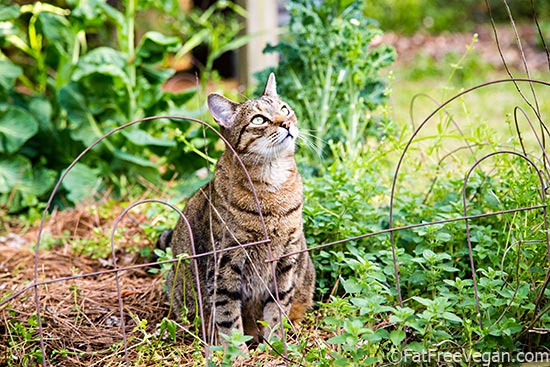 On this particular day, we had a surprise visit from a curious neighborhood cat, whose tag declared him to be Milo: 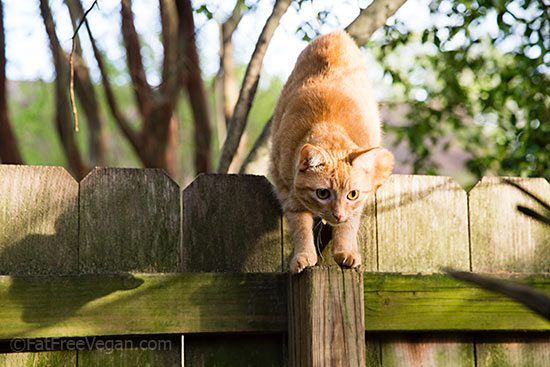 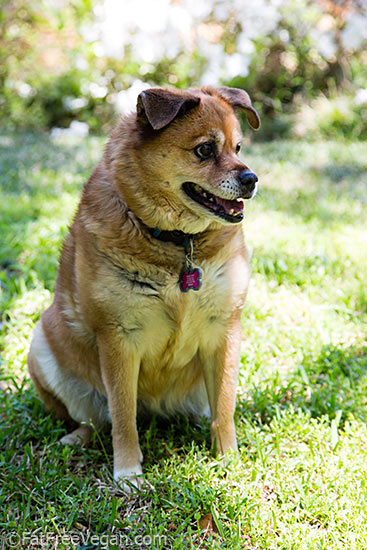 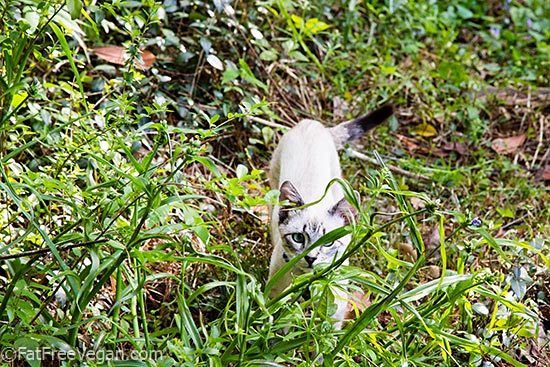 If you want to see more of Loki, here’s an archive of all the posts he’s appeared in (including two videos).