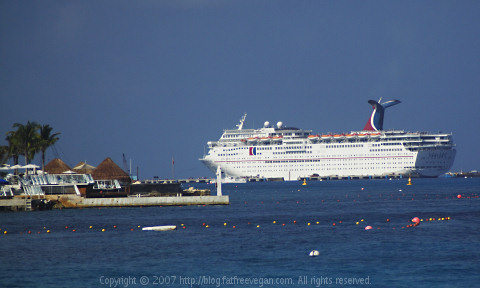 Whew! I’m still tired! Thanks to the generosity of my parents, we’ve just returned from a whirlwind cruise to Cozumel, Mexico, with my mom and dad, my sister and her family, and my brother and his wife. There were 12 of us in all, and I think I’m safe in saying that we all had a great time, especially the kids, who quickly learned where everything was on the huge Carnival Fantasy ship. 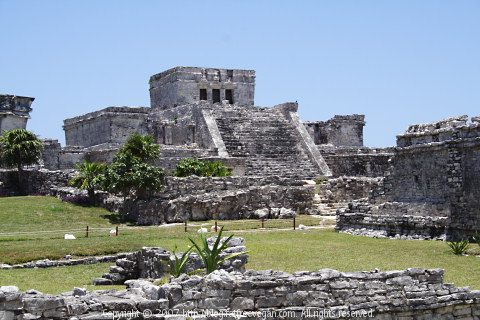 Though cruising on the Gulf was fun, the highlight for D. and me was our short excursion to the Mayan ruins of Tulum…. 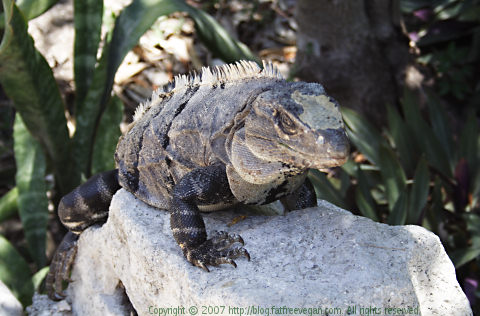 …where the iguanas outnumbered the tourists. This guy was very happy to stand still for his photo op. 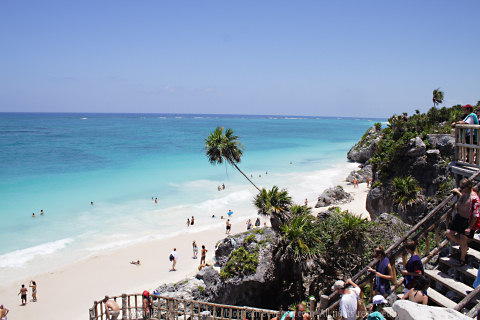 The beauty of the Tulum ruins is that they stand overlooking a gorgeous beach on the Caribbean Sea. The view alone made up for the long, dusty walk down a blazing hot road at noon. Since most of our time was spent getting to Tulum and back, we really only had time to snap a few photos, sample the chips and habanero salsa at a local restaurant, and get back on the bus for the long drive to the ferry that would take us back to the ship.

The rest of the cruise is a blur of food and sun and (cheesy) entertainment, but what I’ll remember most is the time spent with my family. (Curious about the food? See my comments below.)

I may be home in body, but in spirit I’m still in vacation mode, so please bear with me as I slowly get around to answering email and blog comments and, eventually, posting a new recipe.