Roasted okra is simple to prepare and delicious. Okra loses its characteristic sliminess when roasted and develops a sultry flavor. And it’s even easier to make in the air fryer. 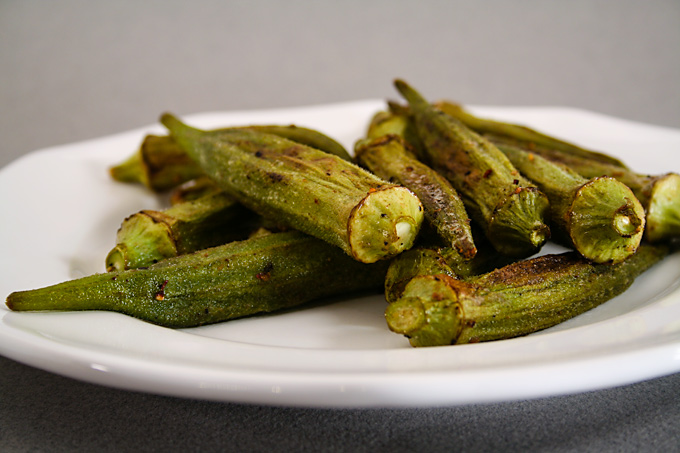 My new favorite way to eat okra is so simple and easy that it almost can’t be called a recipe. All you have to do is wash the okra, put it in an oiled baking dish, sprinkle it with seasonings, and bake it. The beauty of this is that no cutting is involved, so you never come in contact with the dreaded slime!

The okra come out slightly crispy on the outside, tender on the inside, and they’re perfect finger food (like green French fries, but don’t use ketchup). Even my husband, who says that okra is not his favorite vegetable, loved these. For me they’re the perfect side dish or light lunch–super-easy, fat-free, and delicious. 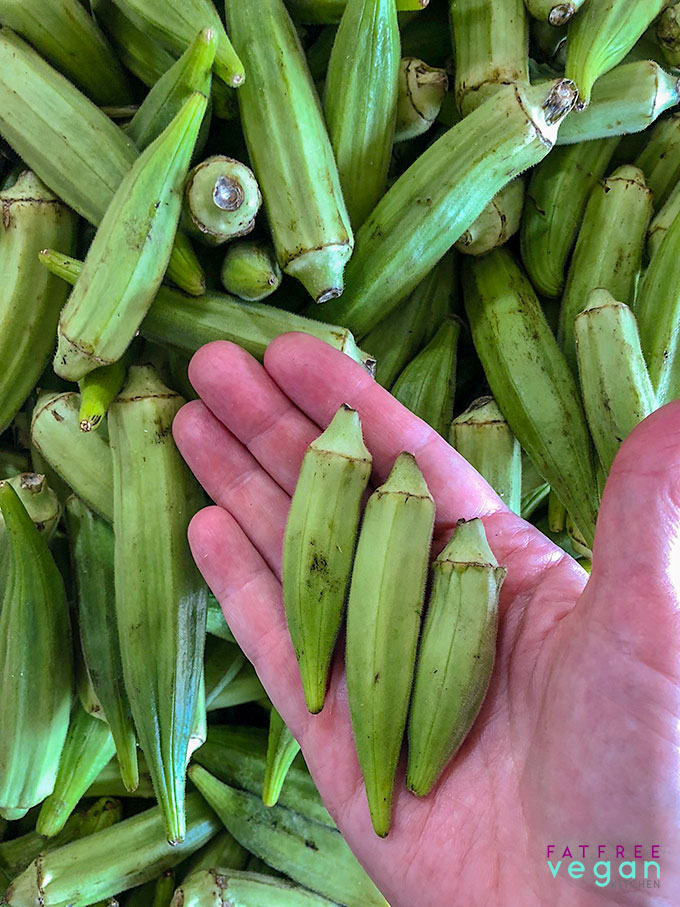 One thing to bear in mind when you’re buying okra is that the smaller the okra, the better. Larger okra is tougher, and while that toughness might cook out in a gumbo or soup, it doesn’t when the okra is roasted. I spend a lot of time at the local farm stand selecting the smallest pods of okra I can find. 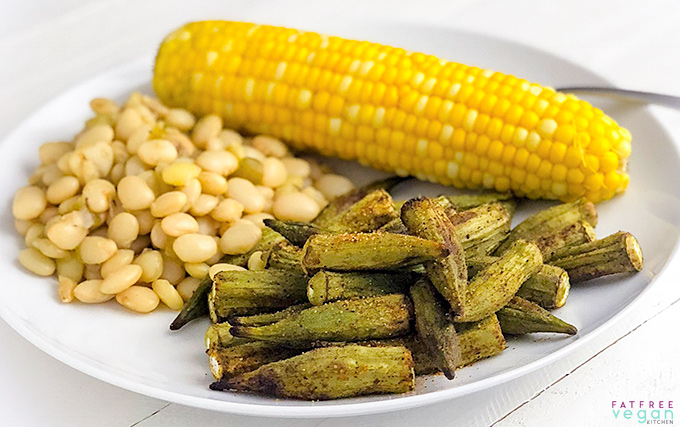 Roasted Okra in the Air Fryer

Update 8/6/18: Since I posted this recipe in 2006, a lot has changed in my kitchen, and maybe yours. Since then, I’ve invested in not one but two air fryers, a small Phillips Viva and a Breville Smart Oven Air.

Recently, I made this recipe again using the air frying setting on the Breville Air. Instead of a baking dish, I put the okra directly in the Breville’s wire basket. I set the temperature to 425F, and air fried the okra for 14 minutes.

The main difference between baking and air frying in the Breville is that I did not have to stir the okra at all. The pods were evenly cooked in 14 minutes. I also did not have to oil the air fryer basket, which is stainless steel and fairly non-stick.

I highly recommend the air fryer for roasting okra. If you have a model other than the Breville, I suggest cooking them at 390-400F for 10-14 minutes or until they are beginning to brown. 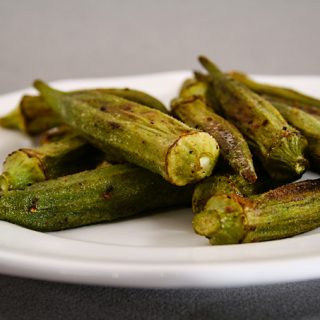 If you like Indian food, be sure to check out Roasted Okra Masala. And if you’re a fan of fried okra, try my battered, oven-fried version. 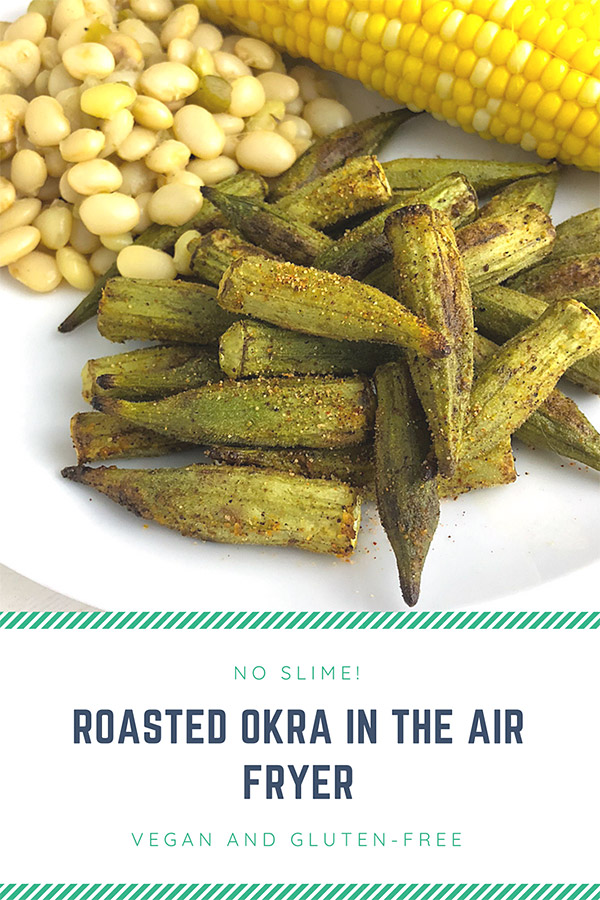