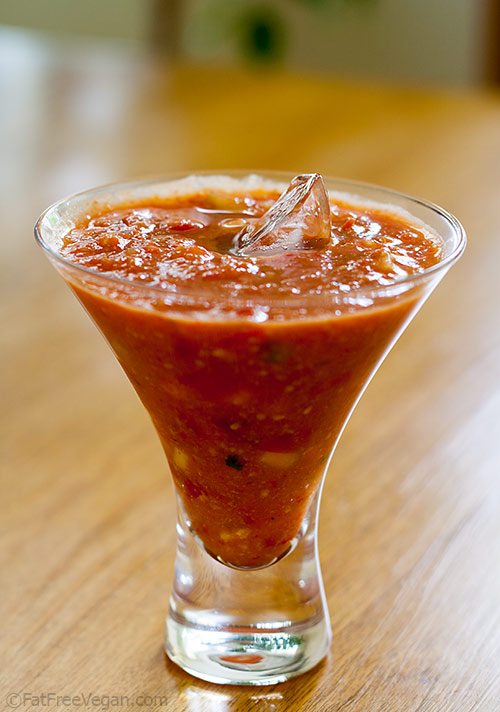 It’s been a strange summer, as far as my tomato garden is concerned. On the one hand, our heirloom and yellow tomatoes haven’t fared well, not because they didn’t grow but because the villains from last year were back again this summer.

Yes, the birds (and I don’t mean the ones that menaced Tippi Hedren!) They’ve managed to eat almost every “Mr. Stripey” heirloom tomato before it can even ripen. Most of our tomatoes have been small, but there was one huge one, as big as my two cupped hands, that we were eagerly waiting to ripen, but just when some color appeared on it, I walked out into the garden to find it like this: 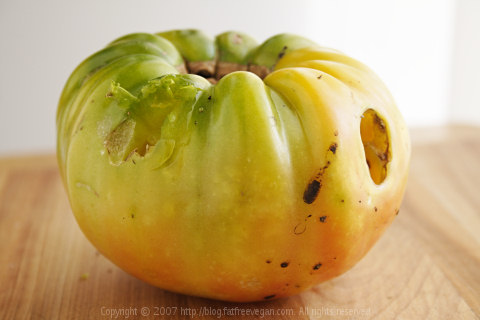 Ugh! I understand that the birds are hungry and thirsty because of the heat and drought, but couldn’t they have let me have this one freaking tomato?!

On the other hand, the birds haven’t been able to diminish our supply of cherry and grape tomatoes, at least not so we know it. These little tomatoes came in early and heavy and just haven’t stopped, despite the last couple of weeks of high temperatures often in the 100’s.

Just when I figured they were finished, they grew off their stakes and into the driveway and proceeded to set new fruit, so that now we have to carefully drive around them. Since there are still some tomatoes yet to be harvested from them, I haven’t planted my fall crop yet (which is probably a good thing, considering the current heatwave).

Soon, though, even the prolific little tomatoes will be finished and I’ll be back to buying them at the farmers’ market or (when in dire need) the grocery store. So I thought I’d better act fast and make the one summer tomato dish I usually make but haven’t this year: Gazpacho. Since I’ve fallen in love with the taste of roasted baby tomatoes this summer, I thought I’d give my old gazpacho recipe a twist and roast the tomatoes and peppers this time.

The result was a deeper, richer flavor–with the added bonus of lycopene. Yes, cooking tomatoes actually increases the amount of cancer-fighting lycopene, an antioxidant that has also been linked to reduced risk of heart disease. So, if you’re not averse to turning on your oven in August, give this healthy twist on traditional gazpacho a try. 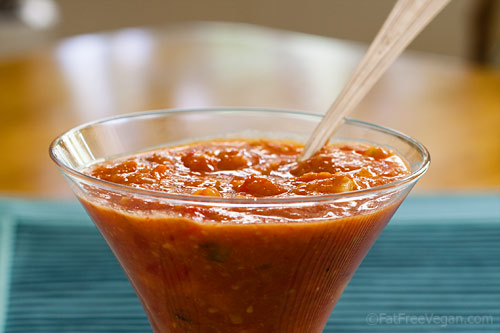 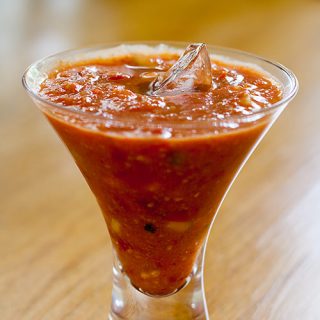 Gazpacho with Roasted Tomatoes and Peppers