This edamame-enriched version of Korean cucumber salad is hot and spicy and sesame-infused. Delicious as a side dish or on rice in bi bim bap. 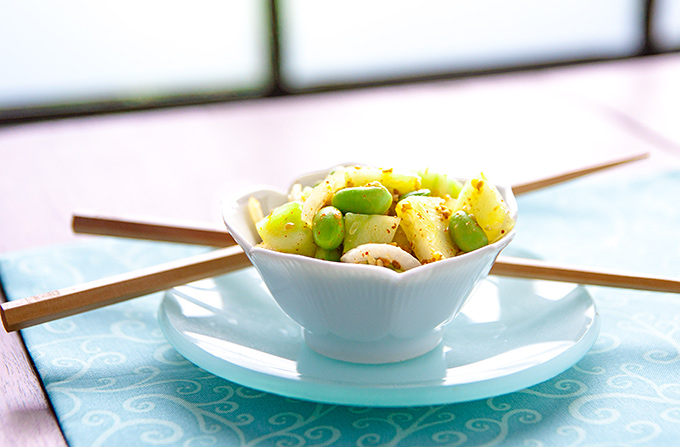 This summer’s weird, split-personality weather—first hot and dry and now hot and rainy—has wreaked havoc on most of the plants in my garden. The high heat in early summer kept my tomato plants from setting many fruits, and then when the few tomatoes that had formed were beginning to ripen, the sudden rain caused them to crack and burst open.

The one vegetable that’s doing well is the one I never intended to plant: Labeled “zucchini” when I bought them, two tiny plants turned out to be cucumbers, which is for the best because they’ve been much more fruitful than any of the squash I’m trying to grow.

Right now I’m harvesting one or two cucumbers a day, many more than my family normally eats. But those cucumbers will not be going to waste. In fact, I relish the opportunity to use them in one of our favorite dishes, Korean-Style Cucumber Salad, a fiery hot salad that we discovered years ago in Madhur Jaffrey’s World of the East Vegetarian Cooking. In the past we’ve used it only as one of the toppings for Bi Bim Bab, but we love it so much that we could easily eat it as a side dish or condiment with just about any kind of cuisine, from Korean to Japanese to Indian. 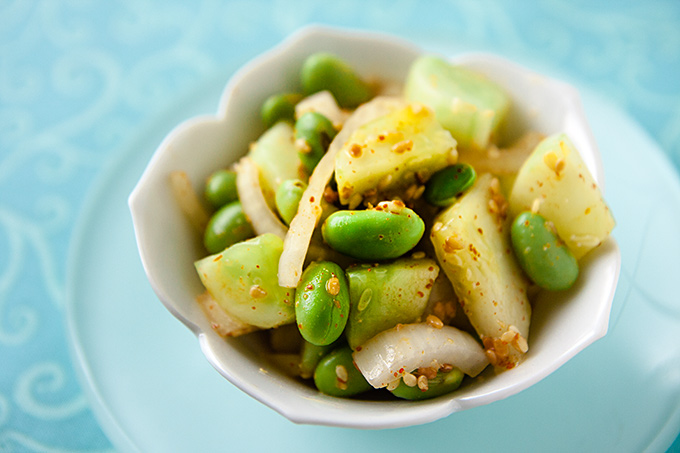 Over the years I’ve adapted the recipe to make it with less sesame oil and salt, and this time around I made it a little heartier with the addition of edamame. For most people, it’s still more of a side dish than a main dish, but I’m not too embarrassed to admit that last night I ate two servings of it as my entire meal. It’s that good.

Of course, if you make it as hot as I do (and if you like spicy food, you really should), you might want to eat something along with it to douse the flames a little. 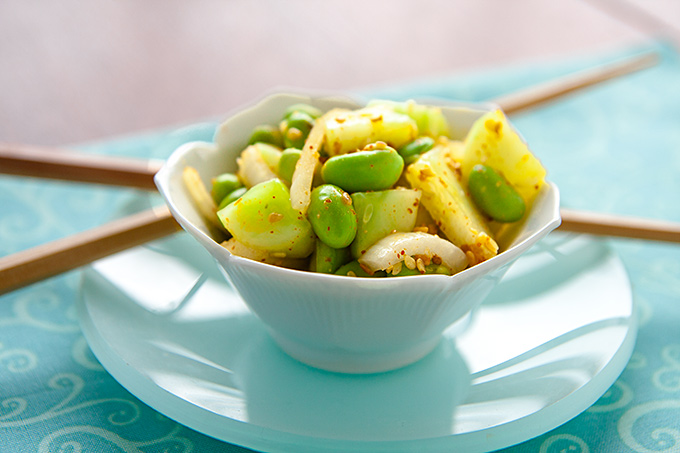 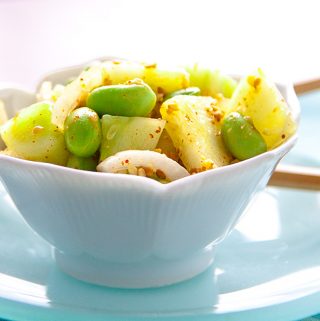 This edamame-enriched version of Korean cucumber salad is hot and spicy and sesame-infused. Delicious as a side dish or on rice in bi bim bap. I used young cucumbers that had very small seeds. If you’re using larger cukes with tough seeds, use 3 cucumbers and remove the seeds before slicing.
Prep Time 10 minutes
Cook Time 1 hour
Total Time 1 hour 10 minutes
Servings 4
Author Susan Voisin

Course Salad
Cuisine Korean, Vegan
Keyword cucumber salad, wfpb cucumber salad
Have you made this recipe?Mention @SusanFFVK and tag #fatfreevegankitchen in your photos on Instagram.
Share on Facebook Pin This Recipe Share by Email 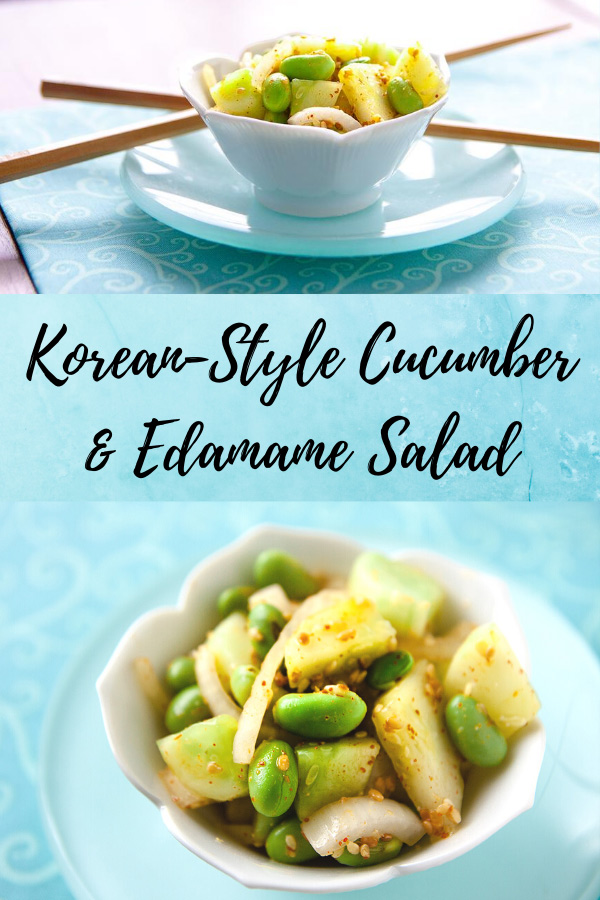