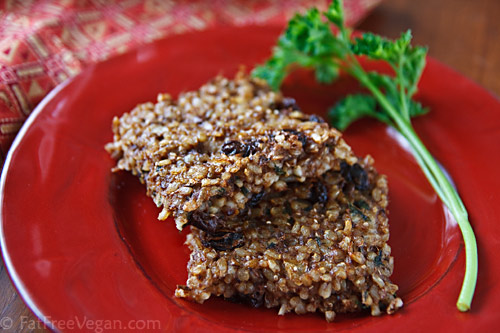 Unlike a lot of people who love to cook, I don’t tend to pick up cookbooks and read them like novels. The majority of the cookbooks on my shelves are there for reference only, useful when I need to check an ingredient’s preparation or cooking time. But Delights from the Garden of Eden by Nawal Nasrallah has changed all that. Lately I often lug the 3 1/2 pound, 650-page tome with me to bed just to read the fables, stories, and snippets of personal and cultural history woven among the 400 recipes. 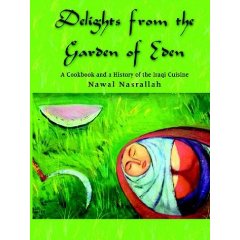 Delights traces Iraqi cuisine back to ancient Mesopotamia and the first documented cookbook in history, written on clay tablets about 3700 years ago in Babylon, and explores the history of some better-known recipes (hummus, baba ghanouj) while bringing to light many that were new to me (I had no idea black-eyed peas were used in Iraqi cooking) .

Though it’s far from vegetarian–avoid particularly the section called “Recipes Not for the Faint of Heart”–the cookbook has chapters on vegetarian appetizers, snacks, sandwiches, and side dishes. Nasrallah points out that medieval diners thought of vegetarian dishes as “counterfeit,” though they valued them as snacks and accompaniment to to the meat dishes, so most of the main dishes contain some meat. She often notes when the meat can be left out without hurting the dish, and for other recipes, I’ve found that it’s easy to replace it with a vegetarian alternative, as in the case of this recipe.

Called “Hassle-free Kubbat Halab” in the book, this recipe is a simplified, “lazy day” version of Kubbat Halab, which is made by stuffing a dough made of grains such as bulgar or rice with a spicy meat filling and forming it into balls or disks that are then fried. (The football-shaped kibbeh found in Middle Eastern restaurants here in the U.S. is a variant of the same dish.) In the hassle-free version, all of the ingredients are mixed together and formed into patties and fried or spread into a pan and baked.

I’ve substituted lentils for the ground beef and changed the spicing a bit to make the recipe a little more accessible for those of us who don’t want to buy a jar of baharat seasoning for just one dish. I’ve also doubled the amount of raisins because, frankly, I misread the recipe. If you’re wary of putting raisins into a savory dish, let me tell you bluntly that the raisins, in my opinion, save this dish, which would be bland without them. They give these crispy yet tender patties a certain spark that you don’t want to miss. 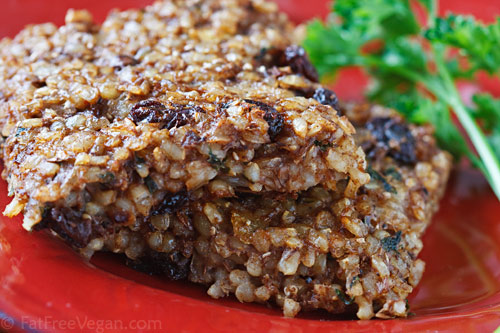 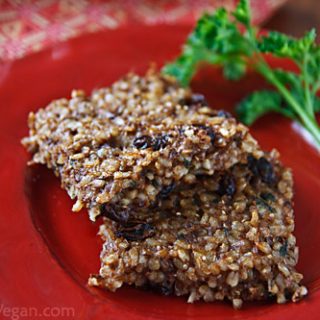 For flax "egg," mix 1 tablespoon of ground flax seed with 3 tablespoons of warm water. Let it sit for a few minutes until thickened. For chia "egg," pour 1 tablespoon of chia seeds into 9 tablespoons of water and stir well. Allow to stand at room temperature, stirring occasionally, until a thick gel forms, at least 30 minutes. Use 4 tablespoons of this gel to replace one egg. Refrigerated, the unused portion will keep about 2 weeks.
Nutrition Facts
Spiced Rice and Lentil Squares
Amount Per Serving (1 serving)
Calories 139 Calories from Fat 11
% Daily Value*
Fat 1.2g2%
Sodium 100mg4%
Carbohydrates 31g10%
Fiber 4g17%
Sugar 5g6%
Protein 4g8%
* Percent Daily Values are based on a 2000 calorie diet. 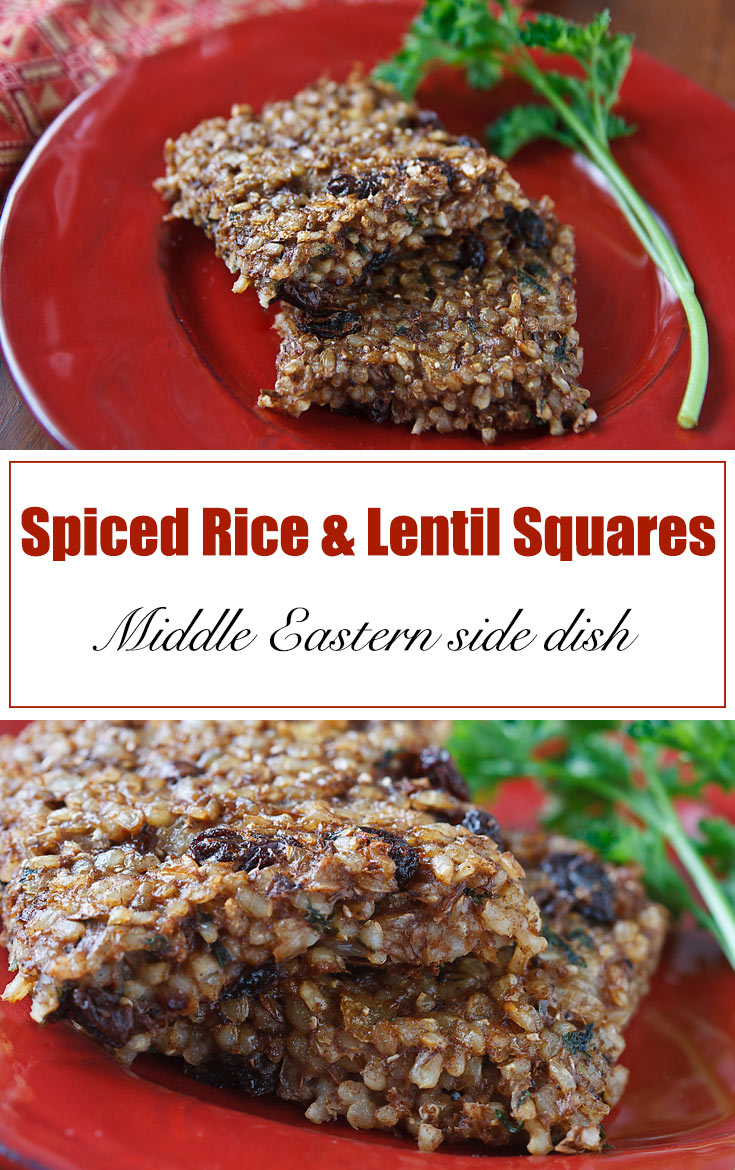