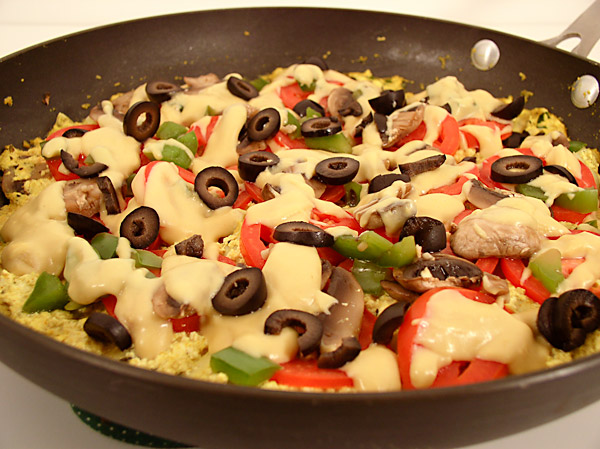 Last night I decided to give myself time off for good behavior. After being on my feet all day, I did what people down through the centuries have done when they’re too tired to cook: ordered Middle Eastern food. Or at least that’s what our ancestors would have done if they’d known the joys of hummus, tabouli, baba ganoush, falafel, and lentil-rice dish thingy and had had the Mediterranean Grocery and Café right down the street. Alas, folks, it was not fat-free. Now you know: I’m human, too!

To make up for last night’s laziness, bright and early this morning (around 9) I got up and decided to cook breakfast. I’m not normally a breakfast person; a couple of pieces of fruit suit me just fine. And truth be told, a Monterey Frittata is complicated enough that I usually serve it for dinner. So don’t try this on a workday morning.

This vegan tofu frittata recipe was inspired by one on the back of the box of Fantastic Foods Tofu Scrambler. I’ve never been to Monterey, so I don’t know why this frittata is named after it, but I liked the sound and decided to keep the name. I used Tofu Scrambler for years before deciding to put together my own scrambler mix, so if you want to save time and use the bought version, you won’t hurt my feelings. 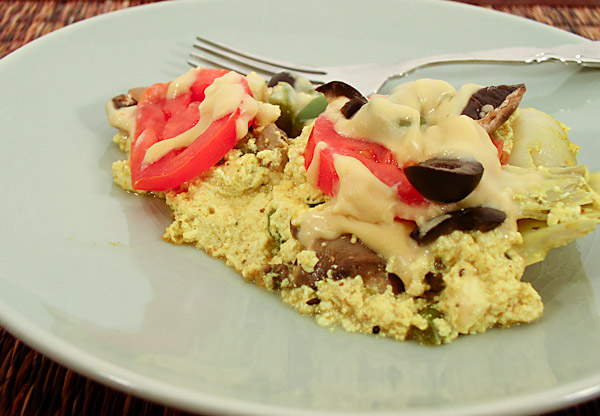 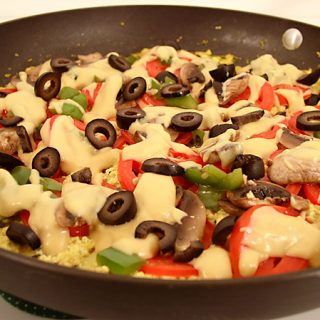 Seasoning Mix (mix all together):

Cheeze Sauce (based on a recipe by Bryanna Clark Grogan):