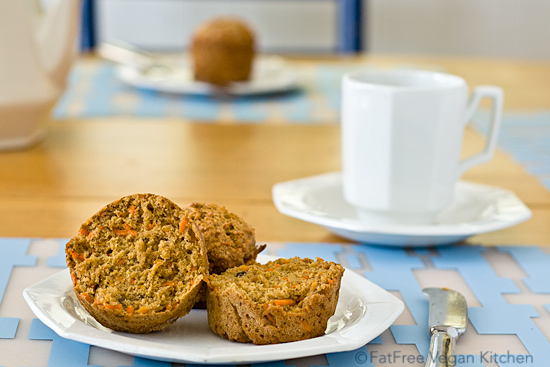 Here’s one way to get your kids to eat their vegetables: Bake them into muffins (the vegetables, that is, not the kids!) I baked these muffins over the weekend, and my daughter E. didn’t even bat an eye at the shreds of carrot in them, despite the fact that she’s never even had carrot cake, as far as I know. They turned out very dense, slightly sweet, moist and tender and gently spiced. Best of all, since I used white whole wheat flour and only a bit of sugar, they’re healthier than most muffins, even fat-free ones. 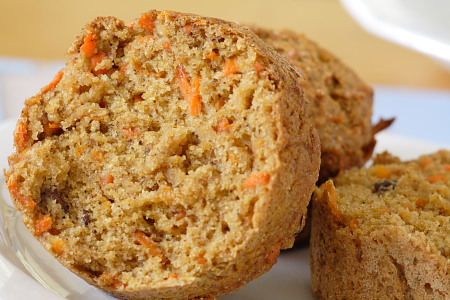 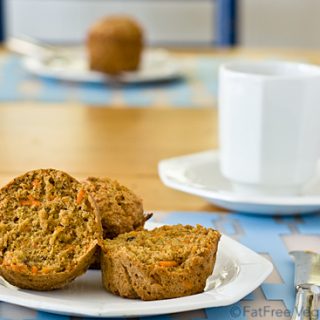 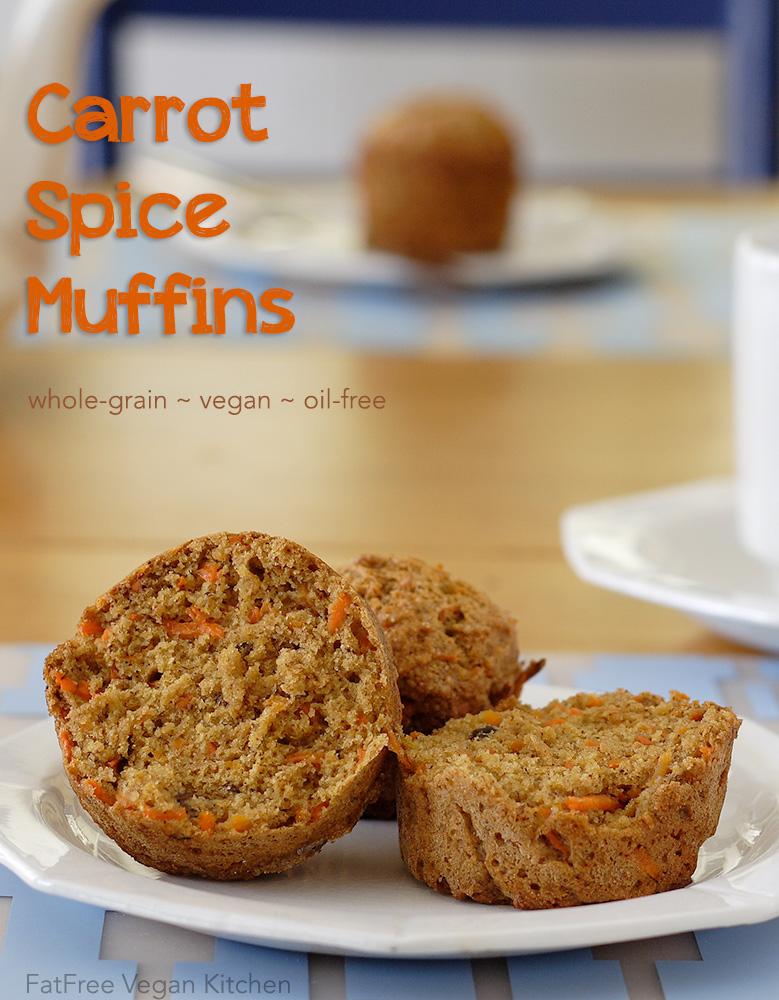