This vegan banana pudding is made the Southern way, with a crust of vanilla cookies. Make it with sugar, stevia, or your choice of low-calorie sweetener. 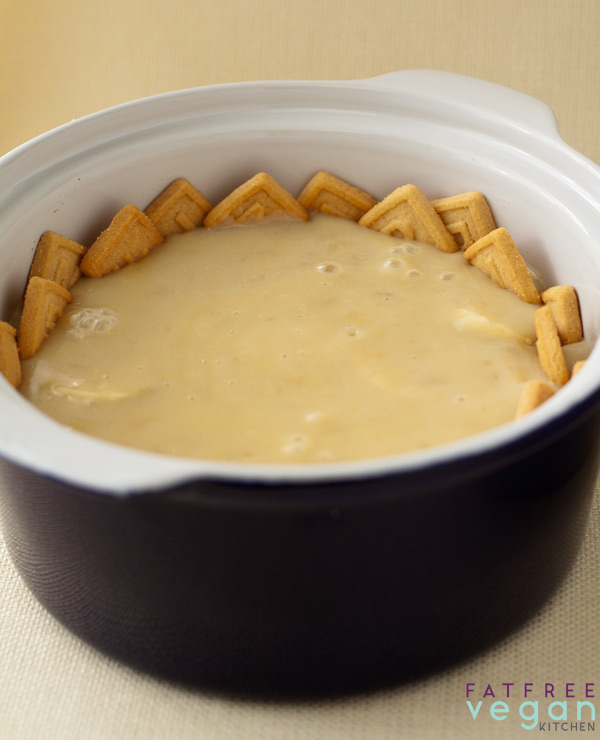 A few weeks ago, E. and I had lunch together at a local restaurant that serves “Southern Style” food. At the end of the meal, E. spied the dessert cart, which contained, among other tempting dishes, banana pudding. E. had never seen banana pudding layered between vanilla wafers before, but I told her that my mother had made it a lot when I was growing up. She looked at me as though I must be the worst mom on earth and said, “Why haven’t you ever made it for me?”

Poor deprived E! Her mother is so busy trying to cook healthy foods that she forgets to make the traditional childhood desserts. In my own defense, I had pretty much forgotten about banana pudding until E. pointed it out. But once she’d seen it, I had to promise her that we’d make a vegan version of it soon. 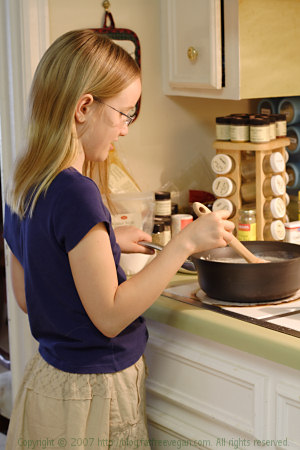 So at the grocery store yesterday, when I found a huge bag of overripe bananas for a dollar, I knew just what I wanted to do with some of them. The only trouble was finding vegan vanilla wafers; I looked through all six of the different brands in the store, and every one of them contained either eggs or milk or both. I finally settled on using something a little less traditional, but apparently vegan: Earth’s Best Organic “Letter of the Day” Cookies: 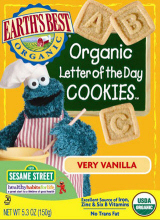 When E. got home from school, we got to work making this delicious dessert together. Of course, I just had to try to make it a little more healthy: I reduced the sugar and used a little pure stevia powder, an herbal sweetener with no calories. To make up for the bulk of the sugar, I had E. mash half a banana and add it to the pudding. If you’d like to make this using the full amount of sugar, I’ve included instructions at the end. 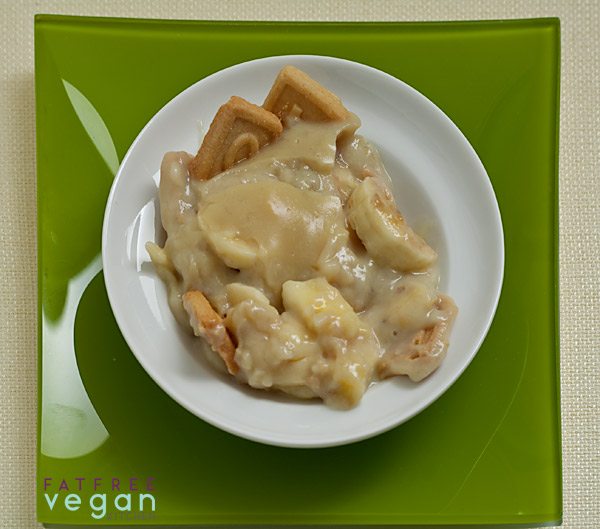 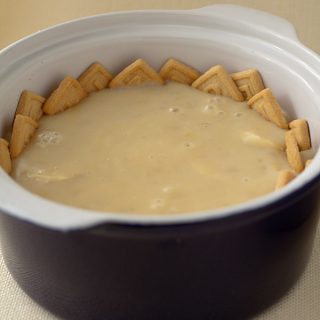 To make the full-sugar version, make the following changes: Use 3/4 cup of sugar and do not add a mashed banana to the pudding. Nutritional data below includes Earth’s Best cookies, fat-free soymilk, and reduced sugar.  If you’d like to lighten this up even more, you can leave out the cookies or reduce them to a single layer. Each serving, without cookies and with reduced sugar and fat-free soymilk, contains 184 Calories (kcal); trace Total Fat; (1% calories from fat); 2g Protein; 45g Carbohydrate; 0mg Cholesterol; 44mg Sodium; 1g Fiber.
Nutrition Facts
Southern-Style Vegan Banana Pudding
Amount Per Serving (1 serving)
Calories 290 Calories from Fat 45
% Daily Value*
Fat 5g8%
Sodium 132mg6%
Carbohydrates 61g20%
Fiber 1g4%
Protein 2g4%
* Percent Daily Values are based on a 2000 calorie diet.