This moist, fat-free vegan cornbread is spiked with peppers and whole kernels of corn. Make it spicy with bits of jalapeño pepper. 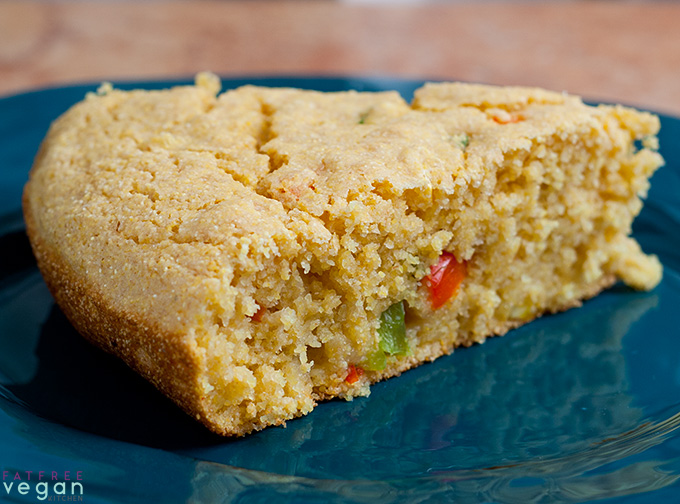 During the summer, one of my most frequent meals is “fresh from the farmers’ market”: fresh peas, some greens, and cornbread. By “peas” I mean one of the many varieties of field peas available here in the South in the spring and summer, such as blackeyed peas, lady cream peas, pink-eye purple hull peas, and lima beans (aka butter beans). It’s Southern cooking like I’ve been eating my whole life, and I think I’ve grown to love it more the older I get.

I’ve written before about my standard technique for cooking field peas. Basically, they’re boiled in what becomes a flavorful broth, what we in the South call “pot likker.” When you serve them, you’d be missing a lot of the flavor of the dish if you used a slotted spoon to put them on the plate dry; instead we dip up plenty of the broth and put it on the plate, too. And when there’s broth, you need something to sop it up, right? That’s where the cornbread comes in. It’s not a side dish but an integral part of the meal! 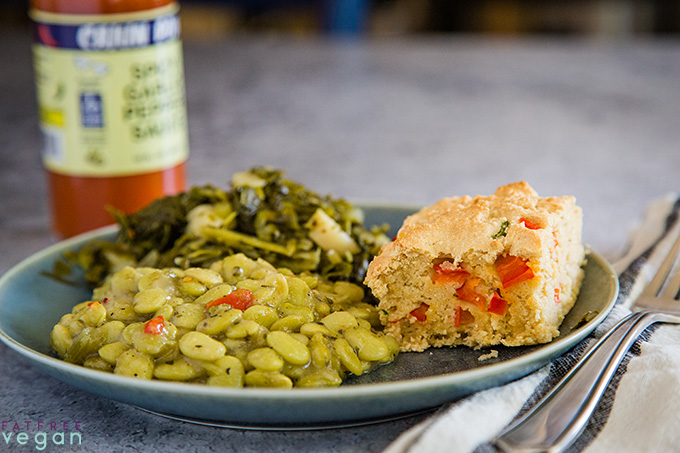 I’ve tried a lot of vegan cornbread recipes, but this is hands-down my favorite, moist and tender and flavored with little pieces of red and green pepper. You can make it spicy by adding jalapeño pepper or red pepper flakes or keep it mild by leaving them out. If you have it, use the soy yogurt, which gives a great flavor without sweetness, but if soy yogurt is unavailable, apple sauce works well too.

If you have a good, seasoned cast iron skillet, you’ll want to get it out for this cornbread, which really does taste better cooked in cast iron. Oil the skillet lightly and then preheat it along with your oven. As you pour the batter into the hot skillet, a golden crust begins to form immediately. You can get a crust using a regular baking dish, but it won’t be quite as crunchy or golden and it will take a little longer to cook. 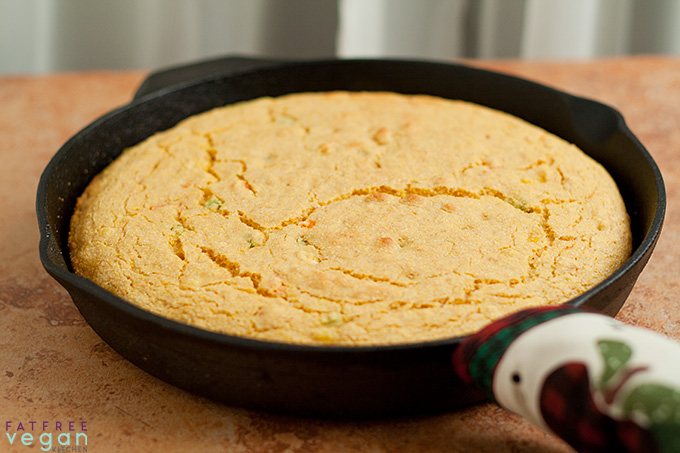 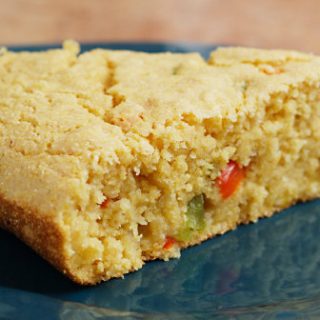 This moist, fat-free vegan cornbread is spiked with peppers and whole kernels of corn. Make it spicy with bits of jalapeño pepper. You can turn this into plain old cornbread by leaving out the peppers and corn...but why?
Prep Time 15 minutes
Cook Time 25 minutes
Total Time 40 minutes
Servings 8
Author Susan Voisin

As I write this, I’m sitting in the lobby of the Chicago City Centre hotel, waiting for my room to be ready. I’ll be at the BlogHer2007 conference for the next few days, so if you’re attending, please flag me down and say hi. I’ll be the one lugging around an oversized laptop and a big camera case/backpack. Well, at least I am today. I have a feeling that both of these weights are going to be left in my room, once I can get into it. I’ll try to check in and post a few photos, but I make no promises. I’m here to party! 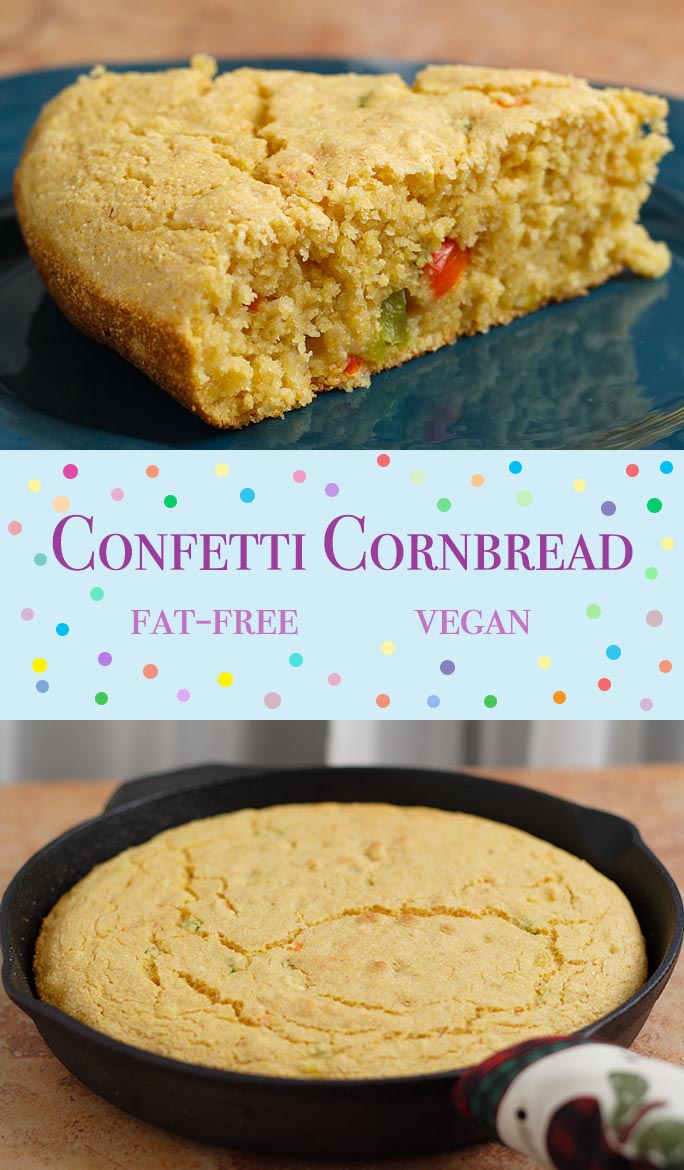