Okara is the pulp left over from making soymilk. It’s full of fiber, and it makes these delicious, low-fat cookies moist. Vegan and oil-free. 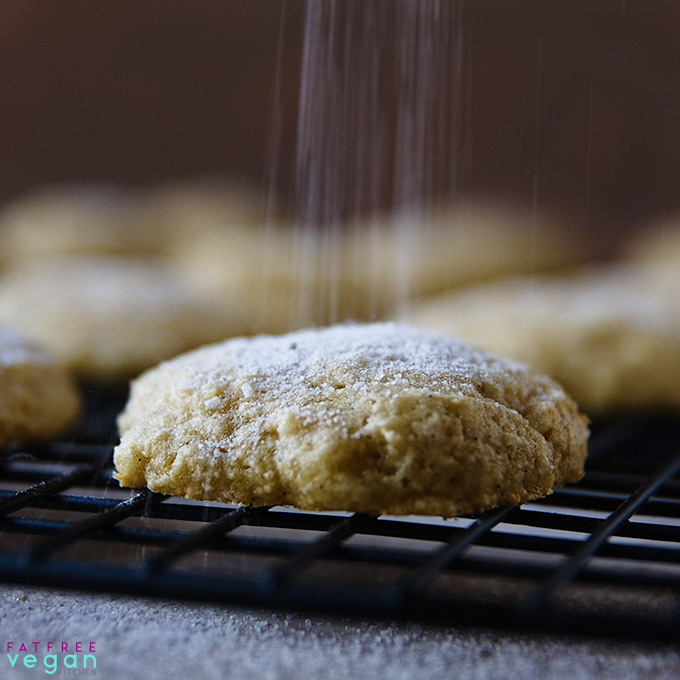 It’s a hard job, but somebody had to do it, and I hope you all appreciate what I went through for you today. I mean, it’s bad enough having to make one batch of cookies, but to make another batch of them the next day? And to have to test these little morsels of coconut goodness by actually eating a few? Torture! But for the readers of this blog, I’m willing to go the extra mile or, in this case, the extra calorie.

It all started about a week ago, when a reader, Melanie, wrote asking why I never make cookies: “My guess is you are not a big fan of cookies….I love cookies and I thought I might send the encouragement over to you to put up some cookie recipes!”

I let Melanie know that I also love cookies–I have a huge sweet tooth and am crazy about most desserts–but the problem with cookies is that they are very hard to make without using oil or margarine; it’s the fat that gives them that crisp cookie texture, so when most people bite into a fat-free cookie, they wind up disappointed. I just hate disappointing people!

If you do a search of this blog you’ll find that I’ve posted only one cookie recipe, and even then I included a full-fat version. But I told Melanie that I’d keep working on my fat-free cookie skills and try to post more cookie recipes.

Then on Monday, something else happened: I received my new filterless soymilk maker in the mail. One of the many advantages of this machine (besides the fact that it’s so easy to clean that I’ll actually use it) is that you can make vanilla soymilk by throwing vanilla beans straight into the machine, to be ground up along with the soybeans. I love the taste of vanilla beans, so I made some fresh vanilla soymilk the very next day, and it was truly the best homemade soymilk I’ve ever had. 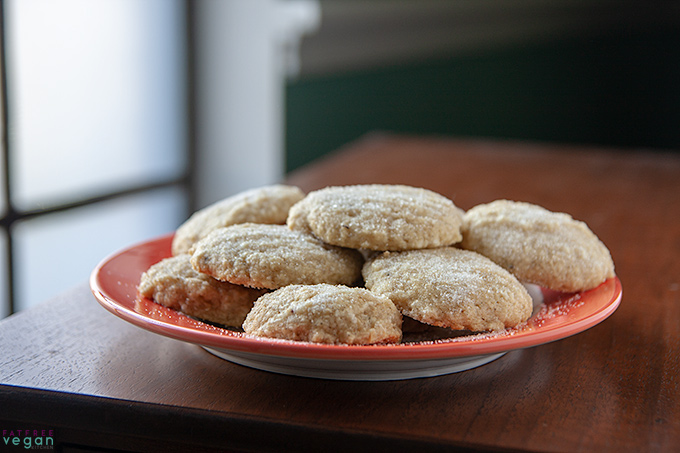 But there was a problem: vanilla-flavored okara. Okara (not to be confused with okra) is the pulp that’s left over after you make soymilk, and normally I use it to make things like “crab” cakes and burgers. Vanilla okara just wasn’t going to work for such savory dishes, so I needed to use it in something sweet. I remembered Melanie’s email and got to work coming up with a cookie based on okara.

The results were delicious–“The best cookies you’ve ever made” according to my husband and daughter. Soft and cakelike, they’re not going to fool anyone into thinking they’re a traditional cookie; there’s no crisp cookie crunch, and I can imagine some critics denouncing it as more of a thin scone than a cookie. I think my family just likes soft cookies, and in case there are others of you out there with the same taste, I decided to post the recipe.

Of course, this morning I realized that most people don’t have okara in their fridge, especially vanilla okara. I figured that you could use mashed tofu instead of okara, but I didn’t want to recommend that without trying it myself. So here I am, alone in the house with a rapidly disappearing plate of Tofu Coconut Cookies, which, I’m happy to say, taste as good as the okara version. I can’t wait until E gets home and takes them out of my reach! 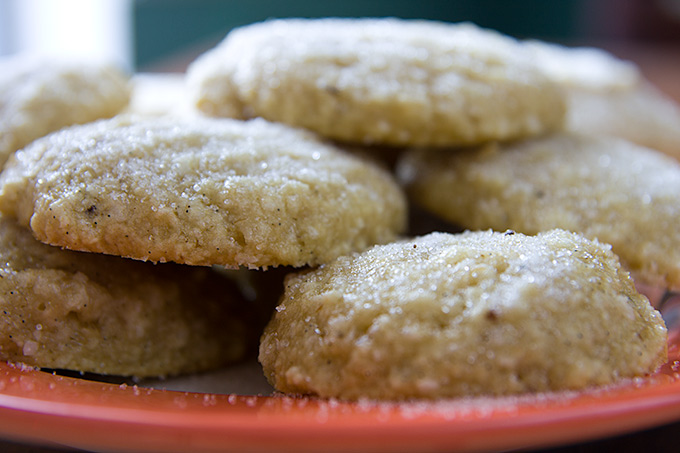 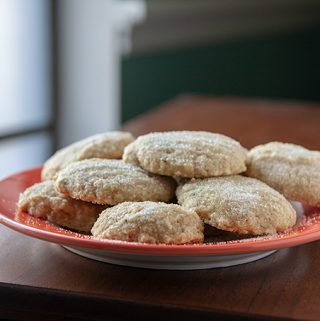 These moist cookies tend to attract more moisture, so store them in an airtight container in layers separated by sheets of waxed paper. I find that sprinkling them with sugar helps counteract some of the moisture.
Prep Time 20 minutes
Cook Time 15 minutes
Total Time 35 minutes
Servings 15 cookies
Author Susan Voisin

If any of you have extra okara to use up, Bryanna Clark Grogan just posted a delicious-looking recipe for Dark, Fudgy Okara Brownies. Go check it out!

Note: As of September 2013, the SoyQuick soymilk maker that I have is no longer being produced. Here is a link to a model that looks very similar to it. 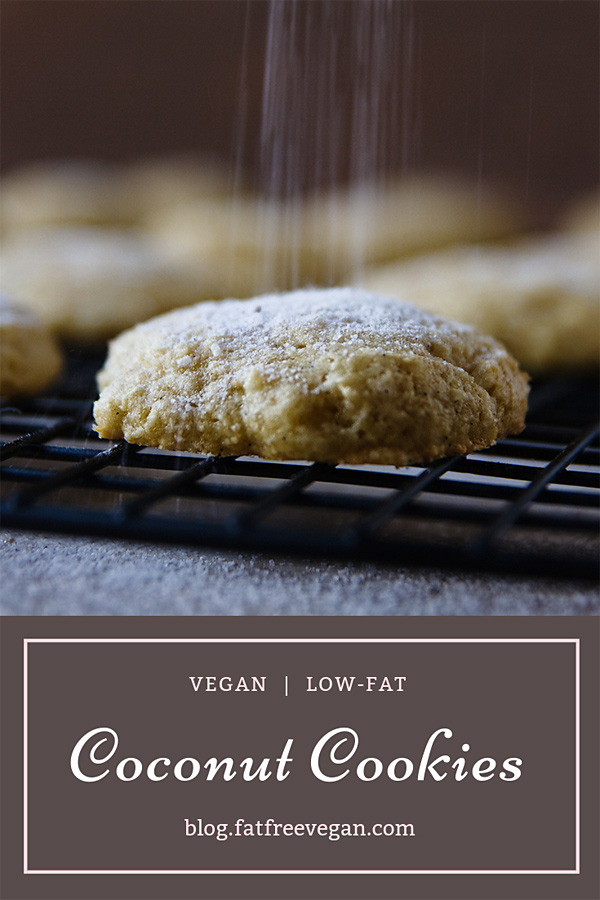