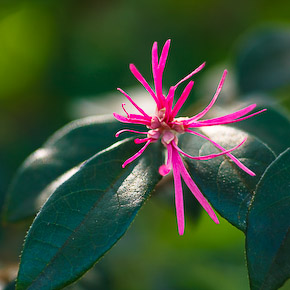 After a lot of thought and deliberation, I’ve made a tough decision that will change the way a lot of you read this blog. As of the next post, those of you who read the blog in a feed reader, such as Bloglines or Google Reader, or who subscribe to the email version of the blog, will see only the first few lines of each post and will have to click on the title of the post in order to read the whole thing on the blog itself. It’s called using a “short feed” and it’s something I’ve avoided doing since I began this blog. But finding that my blog posts are being copied in their entirety without my permission and presented as someone else’s work, on a blog that has the look and feel of a reputable site, was just the last straw.

It’s called a “scraper site,” and it was created solely to make money off of other people’s work. A scraper sets up a blog, but rather than write original content for it, he snatches the RSS feeds of legitimate blogs and displays them on his blog as though they were his own words and photos, in hopes of making money off of ads on his blog. I’ve had this happen to me several times, a few posts stolen here and there, but the last straw came for me last week, when I found a blog filled with my complete posts–photos, recipes, and stories about my daily life. Can you imagine how it feels to find your daughter’s photo or your discussion of your birthday present on some random page of the internet, presented as though they belonged to someone else? Content theft can happen to anyone–this particular scraper has 1238 other domains, according to domaintools.com–but one sure way to make it more difficult is to change to a short feed. After sending email to the scraper and his website host and getting no response, I’ve decided to change, at least for the time being, to a short RSS feed.

I apologize to all of you who are inconvenienced by the change. I hope that you will click through to the blog and find that there are features here that you’d been missing, such as the search box that allows you to search this blog or over 470 other vegetarian blogs, the links in the sidebar to the most visited recipes, or the helpful comments left by other readers. I hope you’ll find that reading the posts at the site inspires you to join the discussion and offer your own comments and suggestions.

Mostly, I hope that you won’t want to miss a recipe, including the one in my next post for something I rarely ever make...cookies! Please stop in and read it at its rightful home, FatFree Vegan Kitchen.