This vegan shepherd’s pie is a delicious, hearty stew of mushrooms and lentils covered by mashed potatoes. Perfect for Thanksgiving or anytime! 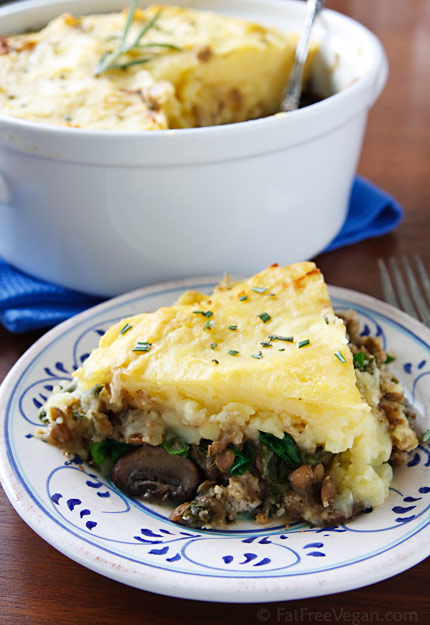 When Nava Atlas asked me at the beginning of last year to take the photos for Vegan Holiday Kitchen, I thought about it for about a day and then gave her an emphatic “Yes!” She warned me that she would need more photos than I’d taken for her previous book, Vegan Express–about five times as many–but I’d learned so much from that experience that I was happy to get the chance to work with Nava again.

In the spring of 2010, just as it was starting to heat up here in the Deep South, we got to work on Thanksgiving recipes while ingredients like butternut squash were still available. I may have been blogging about spring vegetables like asparagus, but it still seemed like autumn in my house as I prepared and photographed fall favorites from Coconut Butternut Squash Soup to Pumpkin Cheesecake with a Hint of Chocolate: 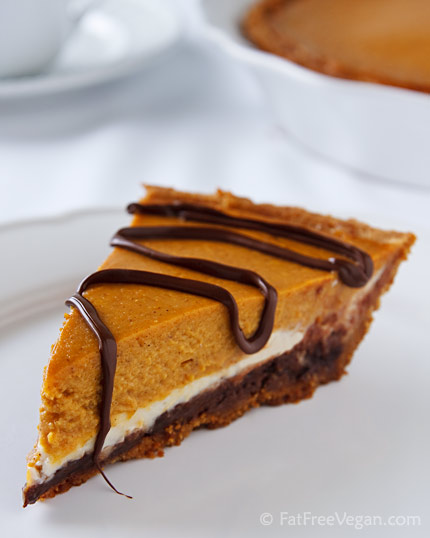 Nava spent much of 2010 writing the over 200 recipes in her book, pausing when she created a particularly photogenic one to send me the recipe so that I could cook it in my kitchen and take its photo on my dining room table. It was something of an art project for me, as I tried to recreate the feeling of the holiday associated with each recipe. It may have been a steamy Mississippi June outside, but, inside, my dining room table was set with silver candlesticks for Rosh Hashanah as Sweet Potato Tzimmes got its photo-op. It felt like a year-long celebration for my family, who were happy to feast on the food after each photo shoot.

Over the course of that year, I learned a lot about Nava’s style of cooking. She favors ingredients that can be found in almost any supermarket in the U.S.–beans, grains, tofu, and vegetables–and when she gets “fancy,” its through the use of readily-available ingredients like sun-dried tomatoes, olives, and pine nuts. Though there are recipes that call for packaged vegan products like seitan and non-dairy cheese, the emphasis is on seasonal produce.

In the Thanksgiving chapter, for instance, you won’t find recipes for faux turkey but will discover main dishes featuring the “Three Sisters” of Native American mythology–squash, corn, and beans–as well as grain-stuffed winter squash and a pot pie filled with veggies. Many of the recipes are very easy, and even the more complicated ones use time-savers like canned beans and packaged baked tofu, which you can choose to use or opt to make from scratch. Like most vegan cookbooks, Vegan Holiday Kitchen does use oil, though in most cases it can be eliminated, as in the shepherd’s pie below. 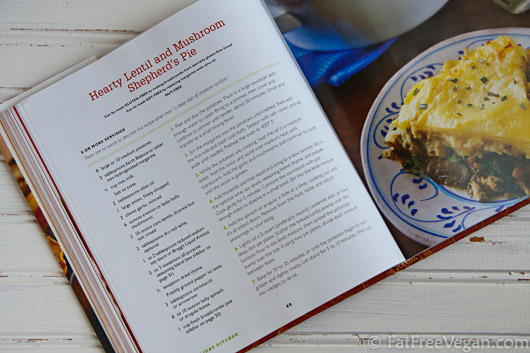 The book is divided into five chapters revolving around the most food-centric holidays–Thanksgiving, Christmas and the Holiday Season, Jewish Holidays (Passover, Rosh Hashanah, and Hanukkah), Easter, Independence Day and Summer Entertaining–as well as a sixth chapter on Brunches, Appetizers, and Potluck Dishes. Each chapter includes appetizers, salads, side dishes, and desserts as well as main dishes, and the recipes are beautifully laid-out, one to a page, and are labeled so that people looking for gluten-free, soy-free, or nut-free options can tell at a glance whether a recipe fits their needs.

While the recipes are great, at least as important to me are the chapter introductions, which Nava fills with tips for creating stress-free holiday feasts and a wealth of information about holiday traditions, as well as extras such as an extensive guide to vegan grilling. (In addition to taking the photos, I contributed five recipes that have previously appeared on this blog, including my favorite fat-free cake.)

I’m definitely biased, but I think Vegan Holiday Kitchen is a beautiful book. When it comes to my own photography, I’m my harshest critic, but I’m happy with most of the photos as well as the fabulous job the designer did with the layout and cover. (The photos you see in this post are “rejects,” not the ones actually used in the book.) It would make a wonderful gift for anyone–vegan or not–who is interested in expanding their holiday menu options.

This vegan shepherd’s pie was a big hit with my family, and though it appears in the Christmas chapter of the book, it would be a delicious main dish for Thanksgiving, too. Like all of the recipes in the book, this hearty pie will appeal to omnivores as well as vegans. And it’s safe for those of you on gluten-free diets as long as you use gluten-free breadcrumbs. Happy Holidays! 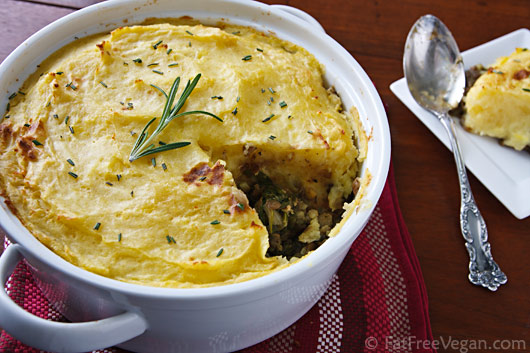 Be sure to check out all of my Vegan Thanksgiving Recipes! 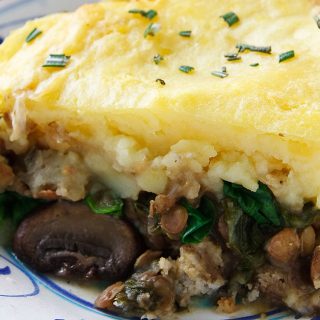