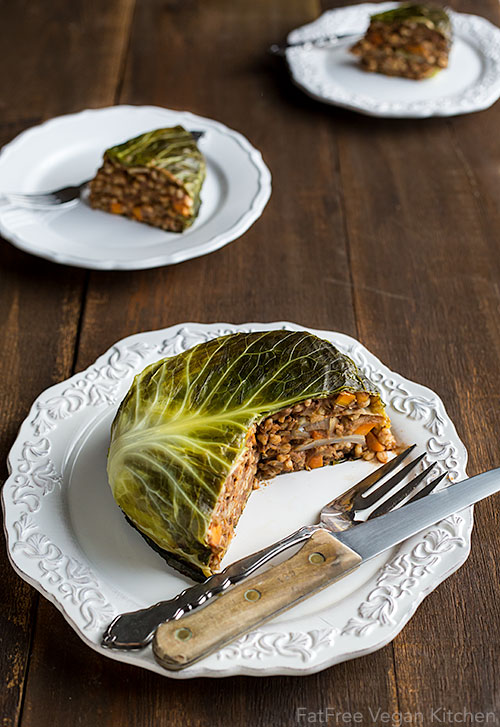 For the first time, my garden managed to produce not one but four heads of cabbage. I’ve had a lot of trouble in the past with heading vegetables; sometimes they never form heads or, if they do, hungry hungry caterpillars get to eat them before I do. But last fall, I planted tiny cabbage plants alongside my collards, and four out of five of them grew into actual cabbages: 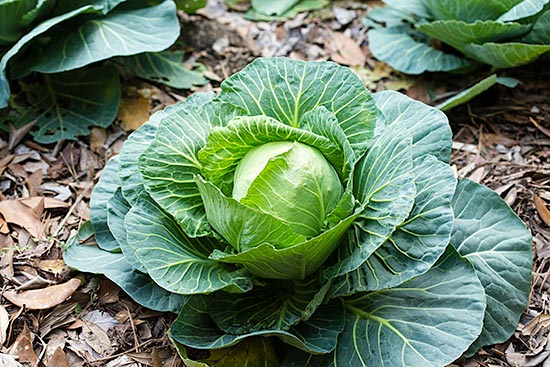 Right around St. Patrick’s Day, I realized that I was likely to have a surplus of cabbage, though not in time for that holiday. So I started paying attention to recipes for cabbage, regardless of whether they were Irish or not, and I accumulated a few. I hope to experiment with both sauerkraut and kimchi in the coming weeks, but first I wanted to make a vegan version of a stuffed cabbage that I noticed in Mimi Thorisson’s beautiful but totally not vegan cookbook, A Kitchen in France.

I was mesmerized by the photos in the book, especially for the dish called Chou Farçi. The idea of stuffing a cabbage in a casserole dish rather than as individual cabbage rolls appealed to my lazy side, though after I found the recipe online and really took a look at it, I realized that it was still more complicated than the kind of easy meals I like to make, especially when I started considering whole-foods substitutions for the ground meat it called for. I love using a combination of lentils and grains instead of ground meat, but both would need to be cooked beforehand, making a vegan version of the recipe take much longer than the original to prepare.

While I contemplated time-saving techniques, I went ahead and cooked the pearled barley and stored it in the fridge for several days. On my weekly shopping trip, I picked up a can of lentils, just in case I was running short on time. And then it hit me that the “secret” to making this recipe less arduous is to make it a little bit at a time. Even the cabbage leaves can be cooked ahead of time and stored in the refrigerator. 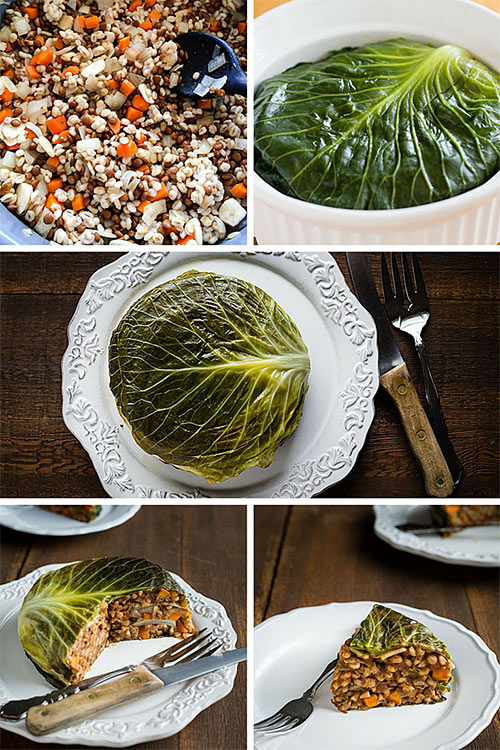 The second hurdle that I had to get over was the seasoning. Ms. Thorisson’s version uses a French seasoning blend called Rabelais spice, which she describes as a blend of allspice, nutmeg, and curry. I wasn’t sure whether she meant curry powder or curry leaves, and Google searches revealed nothing definitive because the formula is a closely held secret that its manufacturer is not divulging. The recipe recommends allspice as a replacement, but since I find allspice overpowering on its own, I came up with my own spice blend that includes cumin instead of curry, along with smoked paprika and cayenne pepper to replace the smokiness and spice of the ground sausage. So I don’t know how authentic my vegan version of Chou Farçi tastes, but to my taste buds, it was delicious.

As you can see, it makes a dramatic presentation. I decided to call it a main dish rather than a side and 4 servings rather than 6 because I know that when I go to this much trouble to make a dish, I’m not cooking much else! I served it with a big chopped salad and it made 4 filling servings.

One note about the cabbage: Those outer dark green leaves are beautiful, and it’s tempting to use them rather than discard them, but they are tough. I used one as the first leaf to line my casserole dish so that the top would be pretty, but that leaf was much tougher than the others, and I wound up removing it from each serving. So please throw out those outer leaves and don’t let beauty matter more than flavor! 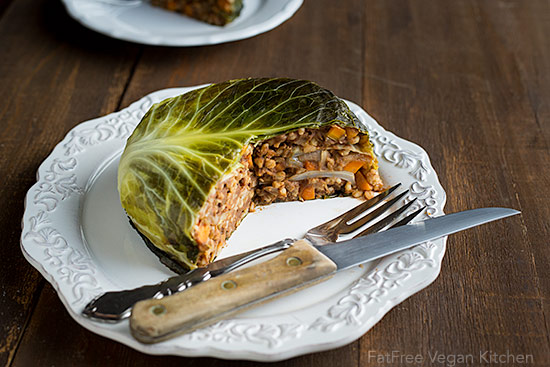 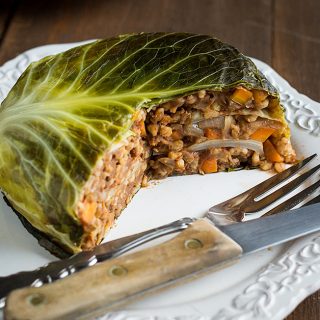 Be sure you have your lentils cooked before beginning this recipe. I like to make both the barley and lentils at least a day or two ahead of time or use canned lentils to save time. 3/4 cup of dried lentils will equal about 1 1/2 cups after they are cooked.
Prep Time 40 minutes
Cook Time 1 hour 10 minutes
Total Time 1 hour 50 minutes
Servings 4
Author Susan Voisin

Course Main Course
Cuisine French, Vegan
Keyword French stuffed cabbage, stuffed cabbage recipe
Have you made this recipe?Mention @SusanFFVK and tag #fatfreevegankitchen in your photos on Instagram.
Share on Facebook Pin This Recipe Share by Email 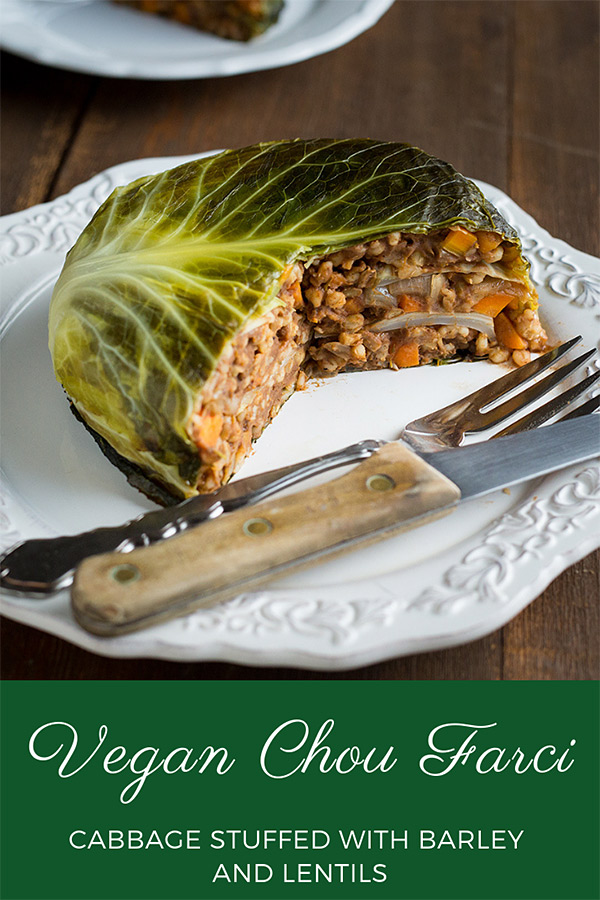