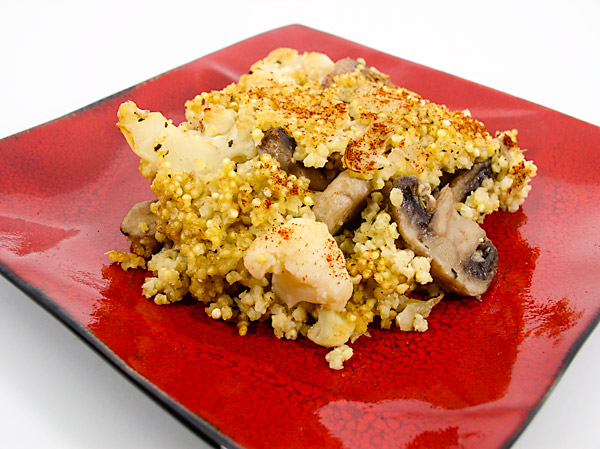 Last night I adapted the Cauliflower Marranca recipe from Mollie Katzen’s The New Moosewood Cookbook, and though it had some problems, I think it’s a keeper. The problem was that the top dried out. I had foreseen that dryness might be a problem and tried to correct for it by adding a sauce and shortening the oven time, but the problem was I didn’t add enough sauce. I went to my pantry to get out the nutritional yeast for the sauce and –SURPRISE–there was less than 1/4 cup there. So I had to cut down on the amount of sauce I made.

The recipe that follows is my corrected version; it’s how I will make it next time. So, if you follow this, your Marranca should come out nice and moist. If during cooking it starts to look dried out, cover it to keep the moisture in.

Even with the dryness, this recipe was a big hit with my husband and me. E. was a different story; I’m afraid it’s been a long time since I’ve cooked millet, so it now falls into the category of “new foods” to her. If you’ve ever had to feed an almost 9-year-old, you probably know that new foods are like the Antichrist or something: they run screaming from them. I’m not going to give up on millet, though. Once she’s seen it a few times, E. will come around. 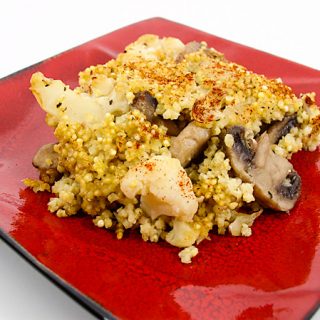 I served this with our favorite kale recipe: Kale with Cashew Cream Sauce. 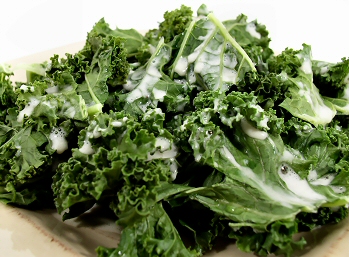 If you have kids who won’t eat greens, try using some of this cashew sauce on them (the greens, not the kids!) E. always eats all of her kale and even goes back for more. In fact, when the marranca was too dry for her, I got her to eat most of it by putting cashew sauce on it. It’s a wonder food!