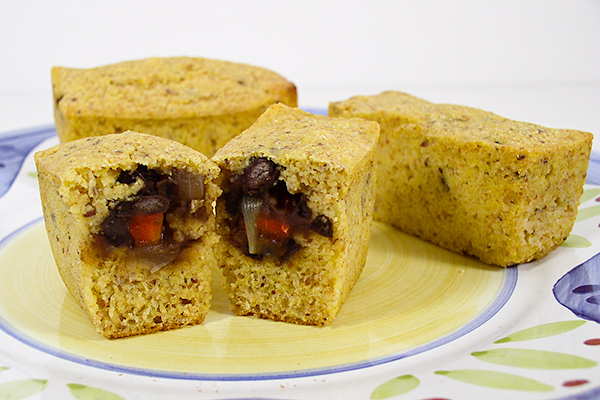 A recent post at Vegan Lunch Box actually had me out looking to buy a Twinkie pan! Jennifer, inspired by a tip from a reader, made vegan corn dogs for her son using a Twinkie pan. This, I thought, was brilliant. After all, if you can put a veggie dog inside of corn bread, you can also put other, possibly healthier, things inside. The possibilities are endless!

Well, maybe not endless. After all, there are only so many foods that go with corn bread, and of those foods, only a few are both healthy and tasty. But the idea is a good one–a hand-held food that kids like and that travels well. I started thinking of the things my daughter E. likes best–lasagna, spaghetti, macaroni and “cheese,” burritos–and figured that only one option really fit: Mexican-style beans in corn bread.

The only problem was that I didn’t have a Twinkie pan (am I the only person in the US who hasn’t ever had a Twinkie?) And none of my local stores had one either. I finally found a silicone pan that looked promising; it had nine 3×1-inch rectangular molds, and while they were smaller and less rounded than the Twinkie molds, I thought they would do. So I bought it, and Tamale Bites were born. 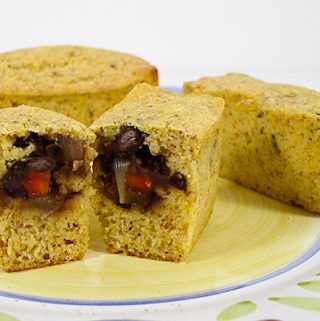 Course Appetizer, Main Course, Snack
Cuisine Southwestern, Vegan
Keyword healthy tamale
Have you made this recipe?Mention @SusanFFVK and tag #fatfreevegankitchen in your photos on Instagram.
Share on Facebook Pin This Recipe Share by Email

I had a lot of batter and filling left over, so I got out my cupcake pan. I made a few using the same technique as the “bites,” and then just for fun I mixed the batter and the beans all together: 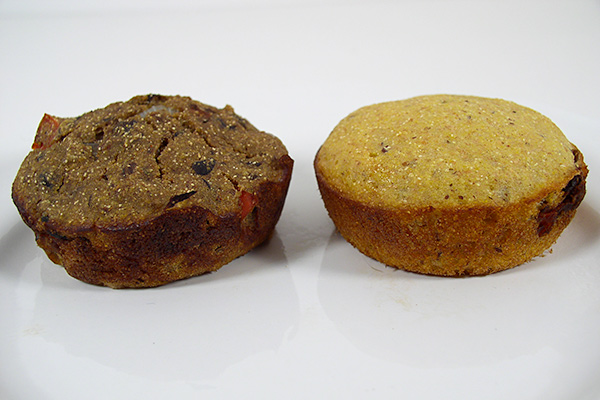 They were good, but you wouldn’t want to bite into one expecting blueberries!

I served these with salsa for E., while D. and I had them with a Mexican eggplant dish that came out spicier than I intended. They were great, and E. decided to take a couple to school for lunch today.

We decided that we’ll definitely make these again, with a few changes:

I have to say that E. is very interested in the veggie dog version, so I expect I’ll be making up a batch of corn dogs soon. 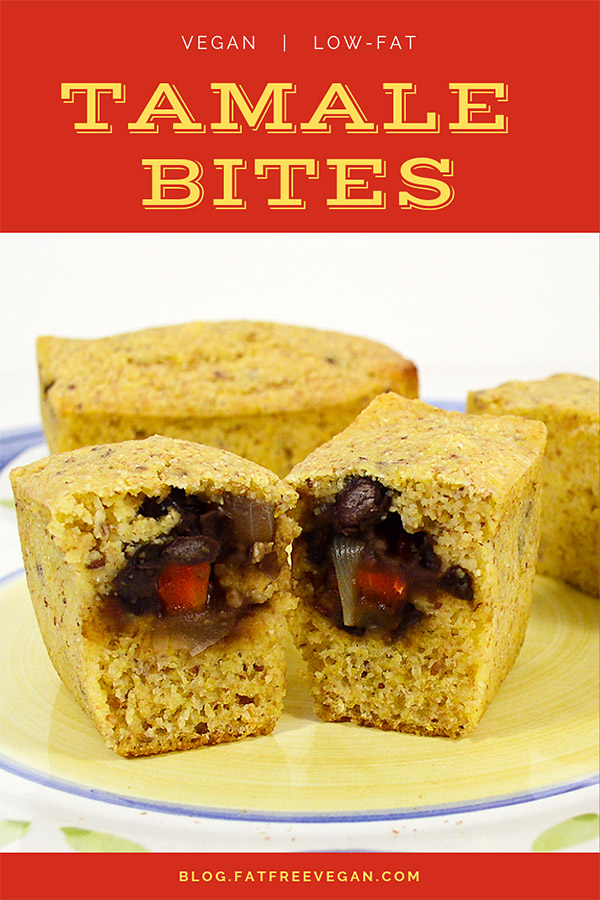