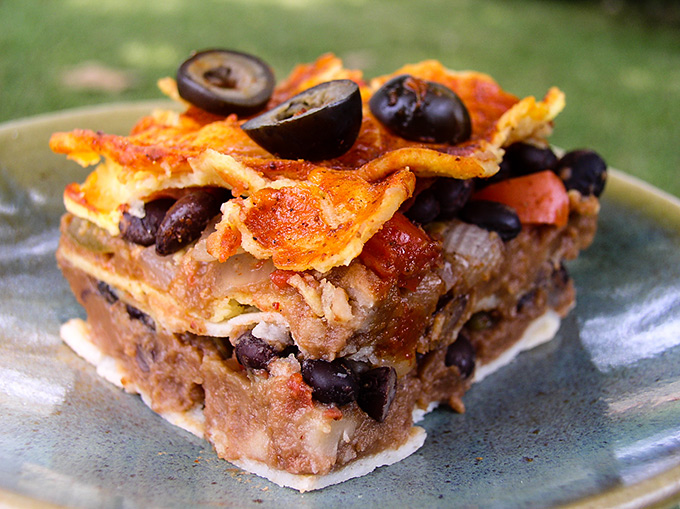 When my daughter E. has a friend over for dinner for the first time, my first thought is often the same as what I imagine her friends’ parents think when E. comes to visit for the first time: “Oh no, what will I feed her!”

Most kids come packing all sorts of food baggage: This one hates onions but likes broccoli, that one won’t eat anything green but likes beans, as long as they’re baked in barbeque sauce.

When you’re used to feeding a child who has been vegetarian from birth, you lose touch with what “normal” kids eat: Lose the hummus–it looks “gross” to little Sally; Molly hasn’t ever had sushi, which, of course, means she won’t touch it.

So I tend to stick to very basic recipes when kids are visiting: spaghetti with marinara sauce, bean burritos, and stir-fries (for the kids who will eat vegetables). This can make it appear to their parents that we eat the same boring things week after week, but at least their children don’t starve while they’re here. 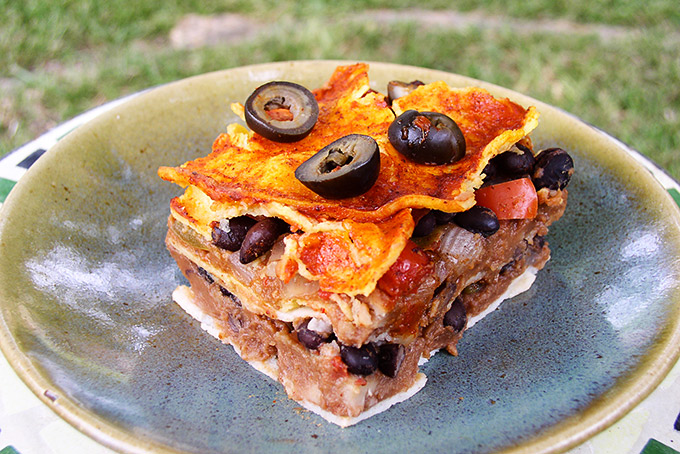 Last night, we had a young visitor for dinner, one who I knew liked Mexican food, so I decided to prepare a family favorite that we haven’t had in a long time (since before I started this blog, in fact). It’s based on a recipe for No-Roll Enchiladas that has become very popular over at Fatfree Vegan Recipes, but I’ve renamed it Mexican Lasagna because that’s what my daughter calls it.

It’s a great dish for visiting food critics (a.k.a. kids) and for potluck dinners, and it was a big hit last night, even though our visitor did manage to pick out all the black beans and leave them on the side of her plate. Oh well. Everybody doesn’t like something! 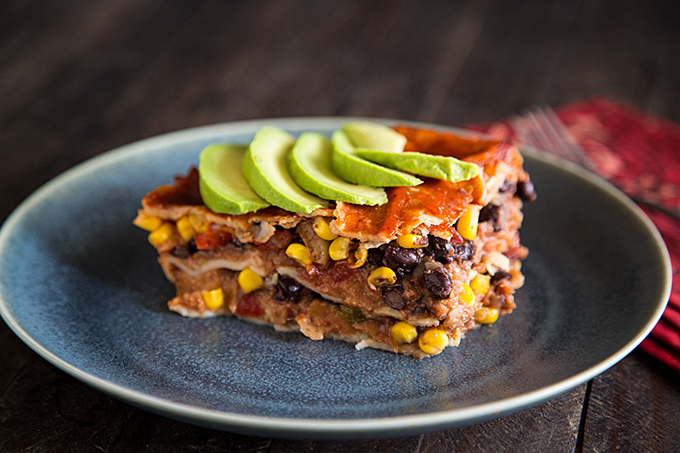 Update March 2020: Several people wrote in saying they add corn to their enchilada casserole, and I tried it and my family loves it that way. In March 2020, I finally got around to taking a photo of the casserole with corn. Frozen or fresh corn taste much better than canned, but if you use frozen, I recommend thawing it first or adding it to the skillet with the peppers, etc. 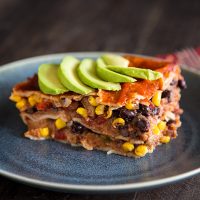 Fresh corn is a great addition to this. I use about 2 cups of uncooked (or frozen) corn and add it as one more layer. You may need a deeper pan, though. Nutrition per serving will vary depending on brand of salsa, sauce, and beans used. Sodium level assumes canned, salted beans and sauce.
Nutrition Facts
Mexican Lasagna (or Enchilada Casserole)
Amount Per Serving (1 serving)
Calories 271 Calories from Fat 16
% Daily Value*
Fat 1.8g3%
Sodium 1055mg46%
Potassium 521mg15%
Carbohydrates 51g17%
Fiber 14g58%
Sugar 7g8%
Protein 14g28%
* Percent Daily Values are based on a 2000 calorie diet.

Course Main Course
Cuisine Oil-Free, Vegan
Keyword vegan enchilada casserole, vegan mexican lasagna
Have you made this recipe?Mention @SusanFFVK and tag #fatfreevegankitchen in your photos on Instagram.
Share on Facebook Pin This Recipe Share by Email 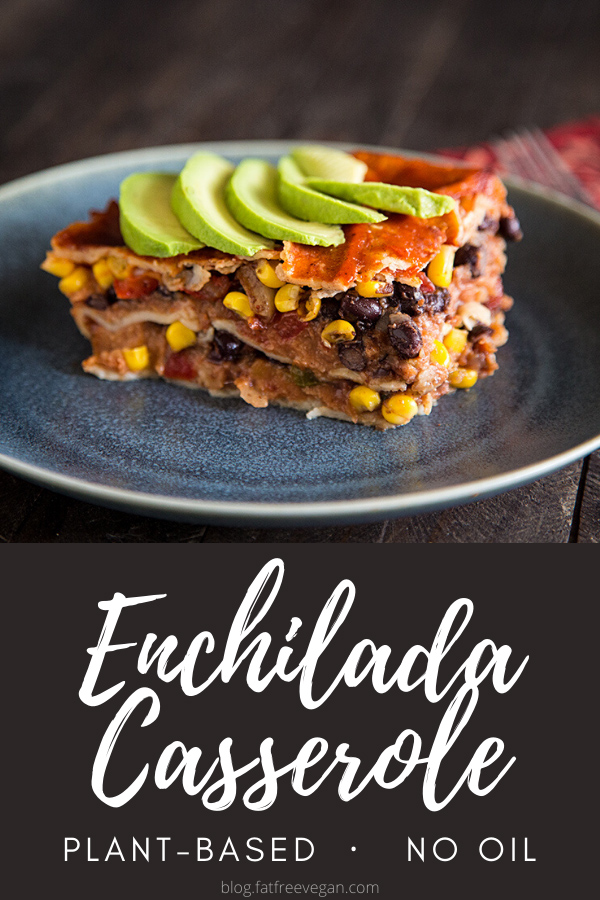