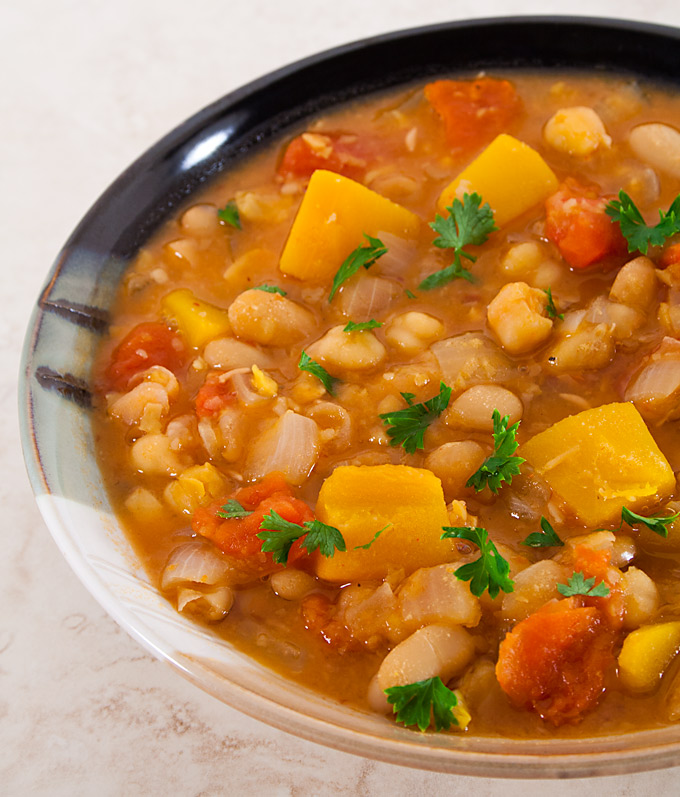 Last week, three new cookbooks arrived by mail, so for days I’ve been poring over recipes and considering new things to cook. The first to arrive were the two I ordered from Nava Atlas–her new cookbook, Vegetarian Soups for all Seasons, and the bonus copy of Vegetariana. They are both beautifully written and illustrated and Vegetariana is just plain fun to look through.

The third book I ordered was Classic Vegetarian Cooking from the Middle East and Africa by Habeeb Salloum. I had just begun looking through it when this recipe for Bean and Chickpea Stew caught my eye. It contains pumpkin, and as luck (and my daughter’s incomplete attempt at carving) would have it, I had a small pumpkin in my refrigerator just waiting for me to decide what to do with it. 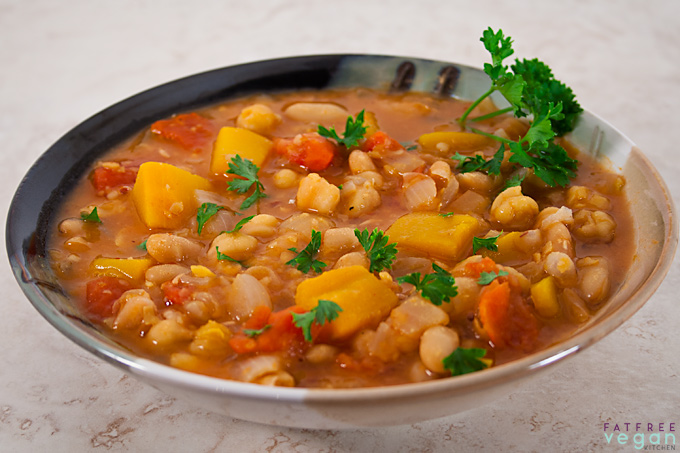 I made the recipe almost as written, with only three minor changes in ingredients and one major change in technique. I removed the 6 tablespoons (yikes!) of olive oil, increased the harissa from 2 to 3 teaspoons (and it was still a very mild dish), and omitted the 2 tablespoons of cilantro (sorry–though apparently, lots of people like it, it tastes like soap to me).

The big change was that I used a pressure cooker to presoak the beans and to speed up the cooking time. In the directions below, I’ll tell how I did it in the pressure cooker and give the original, stove-top time as well. 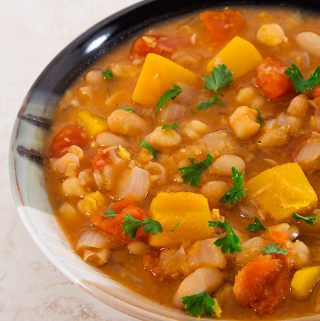 The book says to serve this with rice, but I used whole wheat couscous. Honestly, it was better without any grain. It has a light, delicate, almost sweet taste that gets lost if diluted by too much grain. I liked it best as a soup, with a little extra harissa stirred in.
Prep Time 20 minutes
Cook Time 40 minutes
Total Time 1 hour
Servings 8
Author Susan Voisin