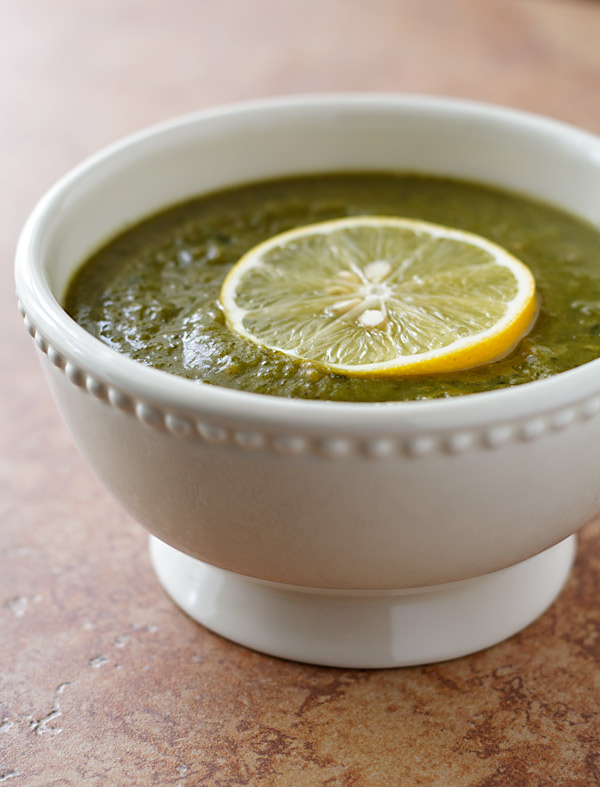 At the beginning of the year, I made a commitment to myself to get back to healthier eating: fewer breads and desserts and more vegetables. I especially wanted to get back into the habit of having a salad for lunch, but so far I just haven’t been able to do it. With the weather so cold, salads just haven’t appealed to me, even ones with hot ingredients, like Taco Salad.

So I’ve been eating a lot of soups and stews and trying to get my vegetables that way. Yet I still felt I wasn’t eating enough of those green, leafy vegetables that are right at the top of the nutrient density scale. A few days ago I decided to experiment with making a soup that was both packed with nutrition yet still…edible! And though it won’t win any beauty contests, I think you’ll be amazed with how delicious this unabashedly healthy soup tastes.

I start with a base of split peas and use a pressure cooker to speed things up. For sweetness I add carrot and sweet potato (I used the white-flesh kind, just to keep from muddying the green color), and for their earthiness, I include some mushrooms. 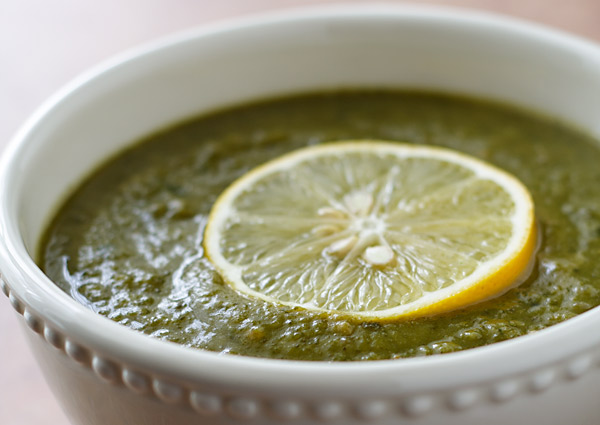 Then come the greens, 2 pounds of them. I used what I had on-hand—bok choy, spinach, romaine, and some fresh collards from my garden—but feel free to use the ones that you like best. Fresh basil added at the end gives the soup a hint of a pesto flavor, and cashew butter adds richness and depth. I think you’ll find that every bite of this soup tastes different; in one spoonful you taste basil, but in the next you detect a certain sweetness, and just when you think you’ve figured it out, you notice the split peas. The color may be monochromatic, but the taste certainly isn’t! 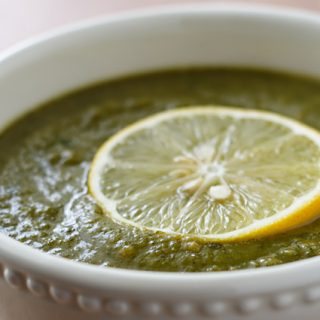 If you’re turned off by thick, green liquids or just don’t like greens at all, this probably isn’t the soup for you. But if you’re brave enough to give it a try, I think you’ll like it. It grows on you—in a good way! I had it for lunch three days this week, and I liked it better each time. And my husband took it for lunch one day and came home raving about it.
Prep Time 30 minutes
Cook Time 1 hour 30 minutes
Total Time 2 hours
Servings 4
Author Susan Voisin