These fat-free vegan spice pancakes are kissed by the sweetness of orange juice and lightly spiced with cinnamon, nutmeg, and cloves. 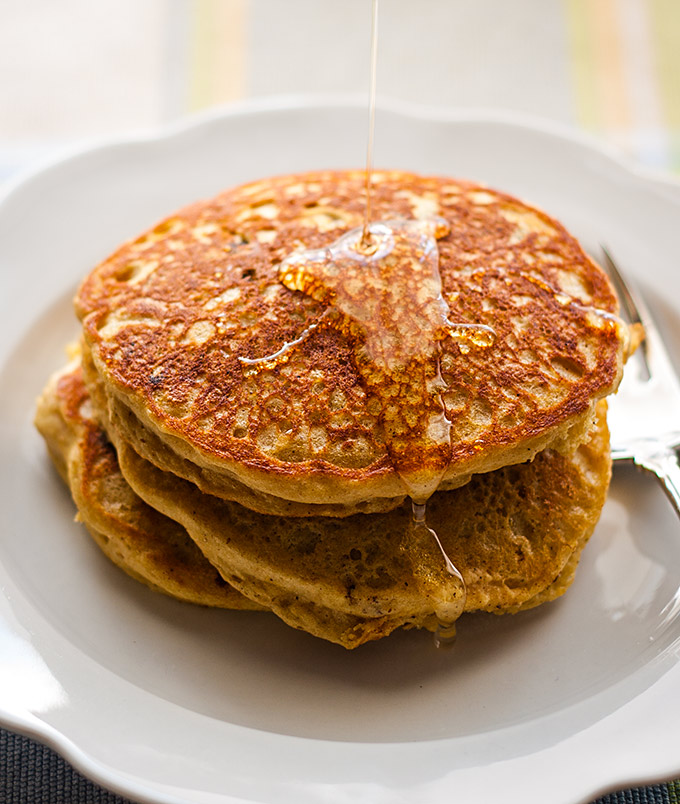 Thanks to everyone for your notes of concern. After three days without heat and two without any power at all, we finally got our electricity turned on at 8:00 last night–just in time to save our tropical fish, who were not looking so good.

Getting the electrical panel fixed wasn’t a problem, but dealing with the overworked building permit office and the bureaucracy-bound power company was a nightmare. It took a day and a half after everything was fixed to get them to come out and turn the power back on. The whole ordeal is almost enough to make me want to run away to the woods and build my own solar power generator.

Fortunately, in the days leading up to our power outage I was able to get a little cooking done. On Sunday morning, I made these fluffy, lightly spiced pancakes, based on the Basic Pancakes recipe in Bryanna Clark Grogan’s The (Almost) No Fat Cookbook.

Someone recently asked in the comments if there were any fat-free vegan cookbooks, and the answer is a resounding Yes. For years, (Almost) No Fat and another Bryanna book, 20 Minutes to Dinner, were my fat-free bibles. Her recipes have just the right balance of healthiness and deliciousness, something mine can only aspire to. As far as I’m concerned, she will always be the queen of low-fat vegan cooking. 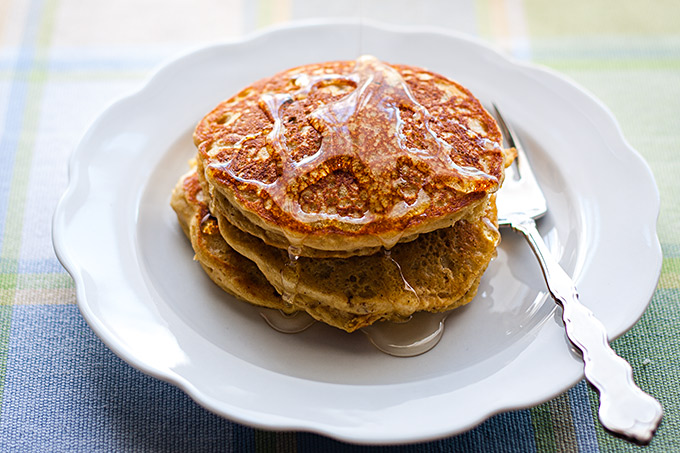 Golden Spice Pancakes make a delicious breakfast, but they’re not your only option for a healthy plant-based breakfast. Here are some of my favorites: 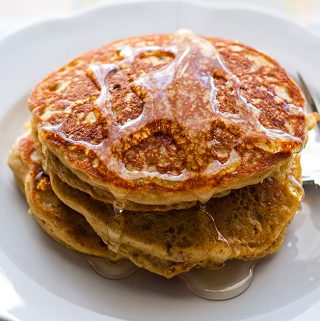 For these pancakes, I’ve added freshly grated orange peel to ramp up the fresh orange taste and spiced the batter lightly with cinnamon, nutmeg, and cloves. I prefer the spice to be just an accent to the orange, not overwhelming, so if you want really spicy pancakes, you’ll have to add more.
Prep Time 5 minutes
Cook Time 15 minutes
Total Time 20 minutes
Servings 10
Author Susan Voisin 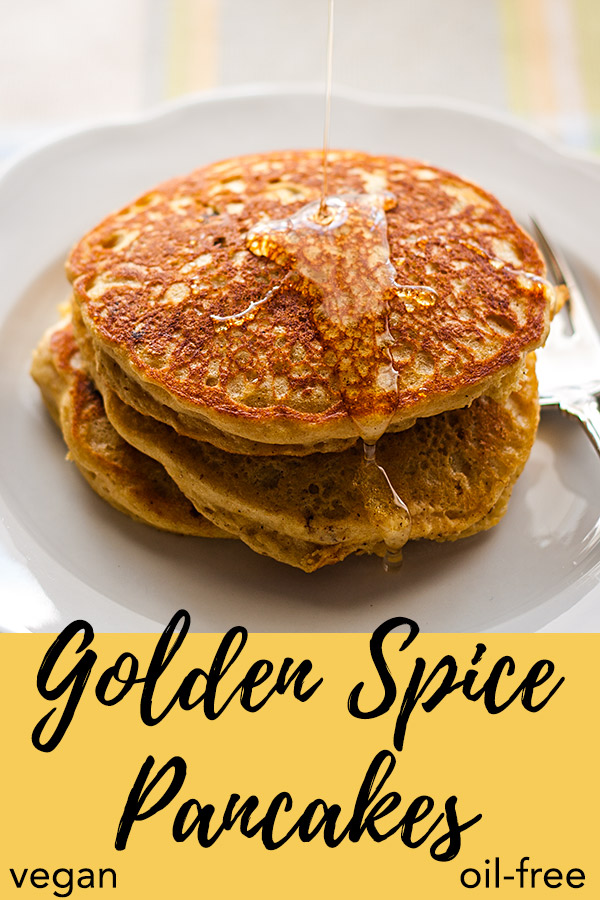