Vegan chili mac is the ultimate comfort food. Your children will love it, never realizing that there’s actually something healthy in it–beans and kale! 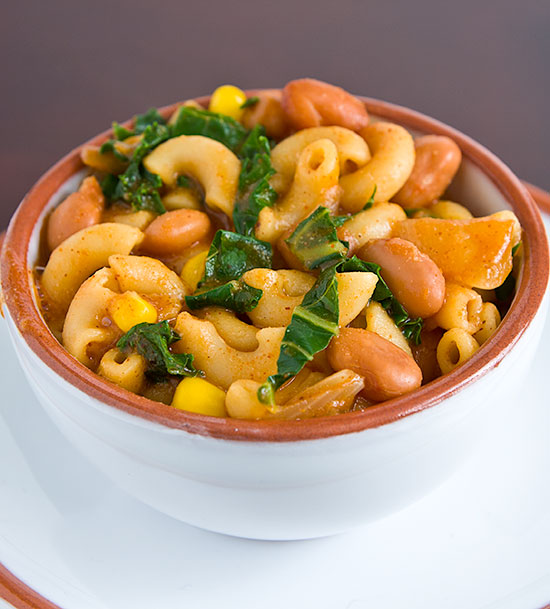 I’ve always known that labeling recipes as Kid-Friendly is somewhat misleading; children, like adults, all have different tastes, so predicting what other children might like based on my own child’s taste (which seems to change as often as her clothes lately) is kind of presumptuous as well as silly. Still, the error of my ways was brought home to me in a big way this week during our annual extended-family vacation.

Each year, the whole bunch of us, including my parents, my sister and brother-in-law, and their three kids, ages 9 to 14, rent a condo on the Gulf coast. This year’s destination was Pensacola Beach, where the condo had a huge kitchen that I would have loved to take home with me.

I was in charge of making dinner for all of us one night, and I knew that it was going to be difficult to find something to please my nephews and niece, who are renowned in the family for being picky eaters. As my middle nephew told me, “We don’t eat vegetables. Or beans.”

That pronouncement was made to me after I’d spent an hour making two large enchilada casseroles, something I’d hoped would be enough like regular, non-vegetarian food to entice the kids to eat with us, but no way: they wound up eating big plates of cheese-covered tortilla chips instead…and we adults wound up eating enchilada casserole leftovers for the next three days. 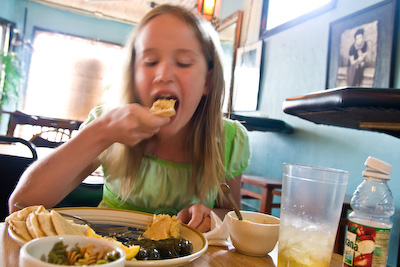 My point is, most of my recipes are kid-friendly only if the children you’re cooking for will actually eat vegetables and beans. If you’re trying to transition your family to a plant-based diet and your kids absolutely refuse to eat most of the foods on it, my kid-friendly recipes may not help much, and all I can suggest is that you try to veganize dishes that they already like.

My daughter E was raised as a vegan, so she readily eats foods that cause other kids to say “yuck,” like tofu, beans, and broccoli. Still, she’s gotten pickier as she’s gotten older, and sometimes we have to require her to at least try something before she decides she hates it, but usually she’ll find that she likes it after all. When we went out for lunch in Pensacola at the all-vegan End of the Line Cafe, E tried everything we ordered and loved it all, except the stuffed grape leaves, which at least she tried. (She’s never liked grape leaves–more for us!) 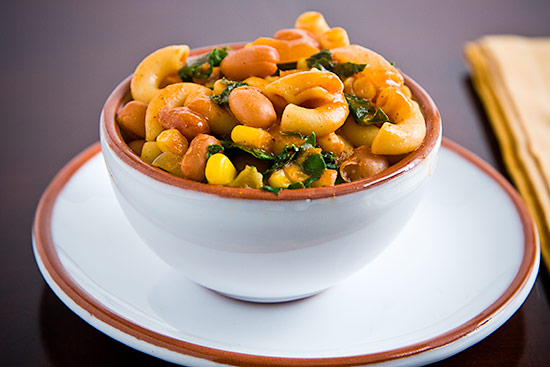 So I often forget how super-picky kids can be. Well, thanks to my nephew, consider me reminded! If I’d posted this family-favorite last week, I would have been selling it hard as a kid-friendly recipe; after all, it’s a dish that my daughter asks for all the time. But it has beans in it and, in this version, it even has greens in it, so if your kids won’t touch either of those ingredients, I’m afraid you may be out of luck.

But if they’re open to eating beans, I think they’ll enjoy this vegan version of the childhood favorite, Chili Macaroni. Feel free to leave out the kale until you get your family addicted to it and then slowly add in the greens a little at a time. You’ll find that the kale provides nutrition and color but relatively little taste, so your more open-minded family members won’t mind it at all. 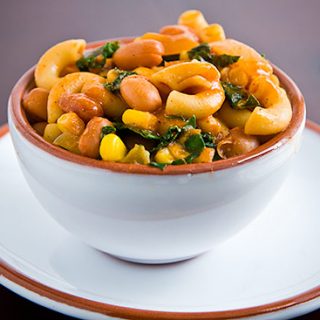 This child-friendly pasta and bean dish can be spiced up or down to taste. The kale provides some greenery and nutrition, but you can leave it out if you like,
Prep Time 10 minutes
Cook Time 30 minutes
Total Time 40 minutes
Servings 6
Author Susan Voisin

*This is chili powder, not pepper, a mixture of mild chili peppers and cumin that adds no heat to the dish. If you want it spicy, add cayenne or additional chipotle chili powder. **If you use a faster-cooking green such as spinach, add it during the last 3 minutes of cooking.
Nutrition Facts
Chili Mac
Amount Per Serving (1 serving)
Calories 259 Calories from Fat 18
% Daily Value*
Fat 2g3%
Sodium 854mg37%
Carbohydrates 52g17%
Fiber 9g38%
Protein 13g26%
* Percent Daily Values are based on a 2000 calorie diet.

If you’re ever in Pensacola, Florida, please check out the End of the Line Cafe. It’s a small coffee house near the railroad tracks, but we were all impressed by the delicious sandwiches, hummus, quinoa tabouli, homemade vegan cheeses, and incredible potato chowder. 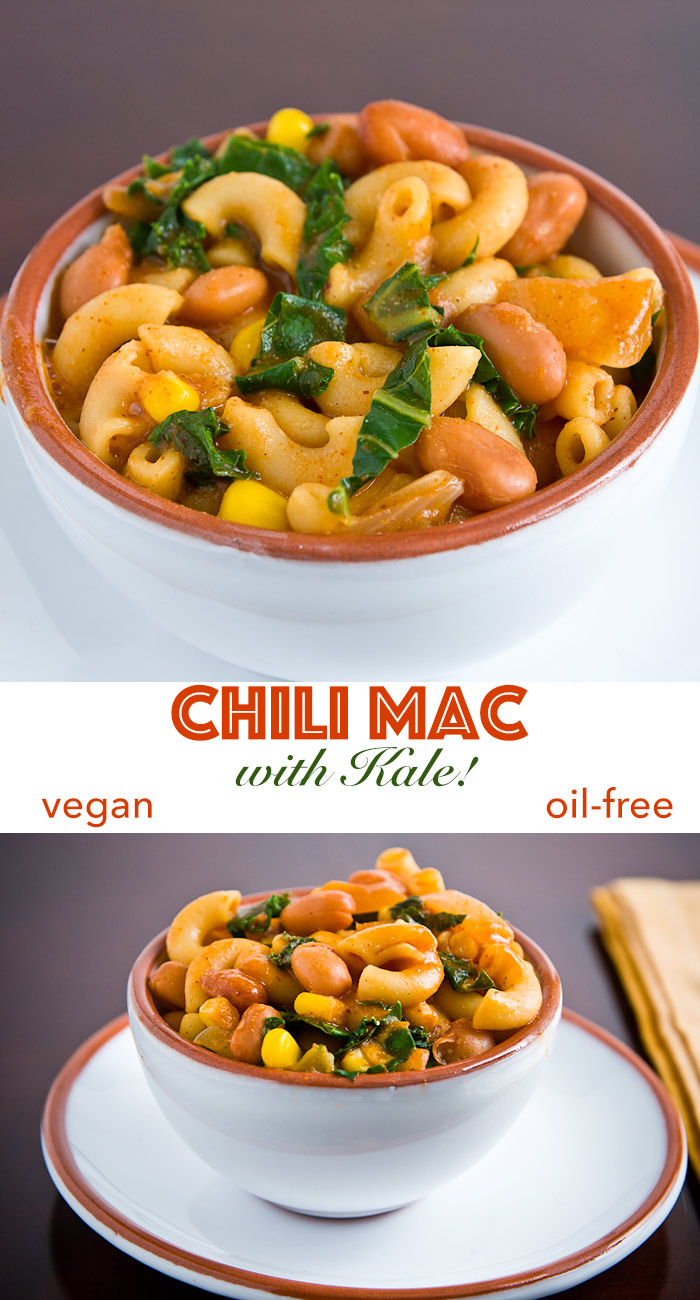