Moin-moin is very versatile: You can eat it cold or hot, as a part of a meal or as a snack. There are similar dishes made of ground black-eyed peas throughout western and central Africa. 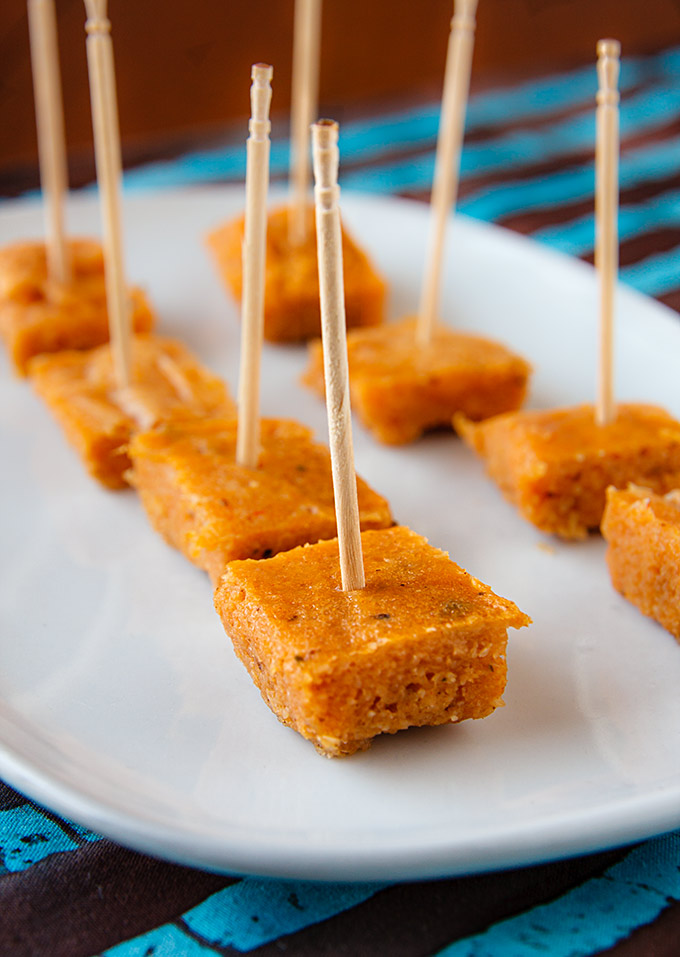 As you know, it’s supposed to be lucky to eat black-eyed peas on New Year’s Day. Every year around this time I scour my cookbooks and my imagination for new ways to cook them because the way I grew up eating them was, frankly, a little boring–as well as not vegetarian.

Last year I made Creole Black-eyed Peas, and though I missed New Year’s by a few days, I think I had a fairly lucky year. I renewed my luck in May by making Spicy Collards and Black-eyed Peas–two lucky foods in one dish. One of my favorite black-eyed pea dishes, Texas Caviar, hasn’t made an appearance on this blog, and since it’s a salad, I think it will have to wait until the temperature is above freezing.

When I read about moin-moin (or moyin-moyin), a savory Nigerian pudding or cake made of black-eyed peas, I was very intrigued. Information about it was hard to come by, however, because every website I found was passing around the same, identical recipe. Finally, I happened upon a post by Fran Osseo-Asare –complete with video–at BetumiBlog that filled in all the blanks. I learned a great trick for getting the skins off of the black-eyed peas (you literally rub the black-eyes off, what fun!) and discovered that you can cut up pieces of moin-moin and serve it on toothpicks as an appetizer, as shown above.

Moin-moin seems to be very versatile: You can eat it cold or hot, as a part of a meal or as a snack. There are similar dishes made of ground black-eyed peas throughout western and central Africa, including akara, a fritter with mostly the same ingredients.

The traditional way to make moin-moin is to steam it in banana leaves or, when they are not available, aluminum foil. For my first attempt at making moin-moin, I used small ramekins instead–or, to be more exact, I used the six ramekins I had and used foil packets for the other two servings. Dealing with the ramekins was easier than making and filling foil packets, so that is the technique that I’m illustrating here. If you’re interested in using aluminum foil, do check out the videos on the BetumiBlog. 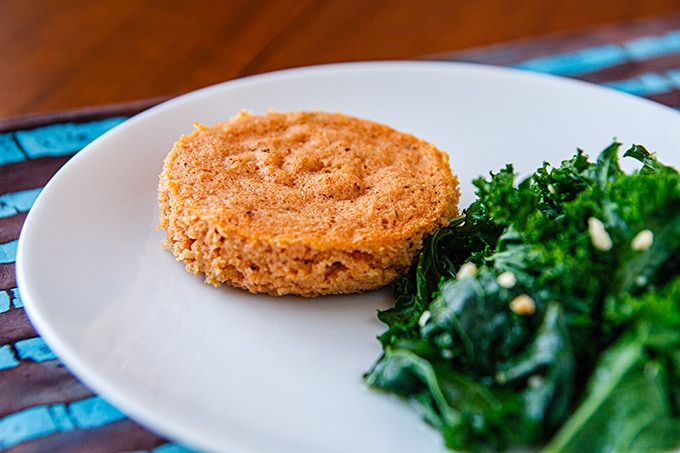 These little black-eyed pea cakes or puddings are mildly seasoned, which seems to be traditional, but have the strong, characteristic taste of black-eyed peas. I found no mention of serving them with any type of sauce, but being a saucy Louisianian, I couldn’t resist eating them with some spicy cocktail sauce (a mixture of ketchup, horseradish, and hot sauce). Their mild flavor would be complemented by any number of sauces, though give them a try alone first so that you can appreciate their simple, savory flavor. Serve them with some Quick and Delicious Collards and reap your lucky rewards in the new year! 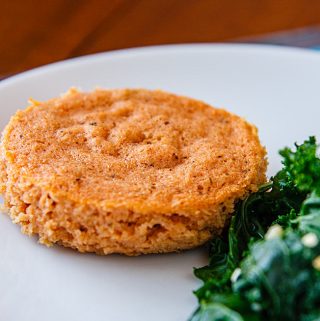 Moin-moin is very versatile: You can eat it cold or hot, as a part of a meal or as a snack. There are similar dishes made of ground black-eyed peas throughout western and central Africa, including akara, a fritter with mostly the same ingredients.
Prep Time 30 minutes
Cook Time 35 minutes
Soaking Time 1 hour
Total Time 2 hours 5 minutes
Servings 4 servings
Author Susan Voisin

Course Appetizer, Side Dish, Snack
Cuisine Nigerian
Keyword african black eyed peas, black eyed pea cake
Have you made this recipe?Mention @SusanFFVK and tag #fatfreevegankitchen in your photos on Instagram.
Share on Facebook Pin This Recipe Share by Email 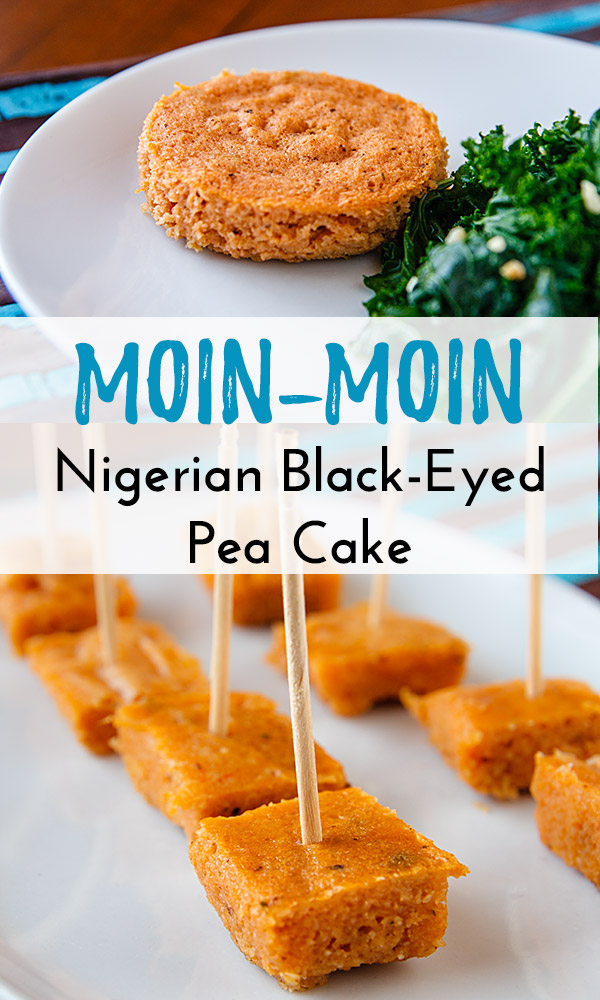