Put your summer zucchini to good use in this delicious vegan farro salad. Farro is a delighfully chewy grain, perfectly accompanied by a lemony oil-free dressing. 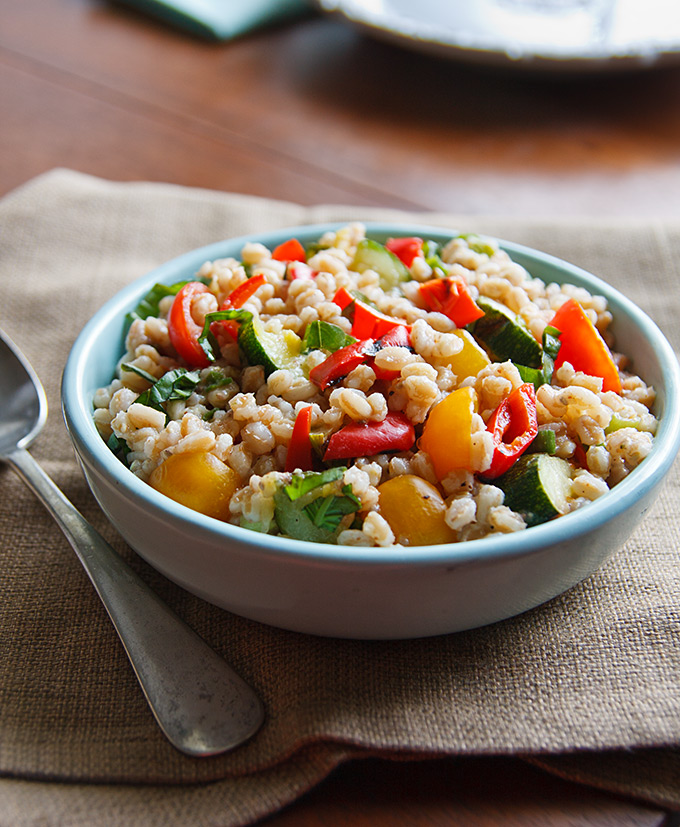 I hate to say it, but I’ve grown a little tired of quinoa lately. While it will always be one of my favorite grains/seeds (it has that split personality thing going on), lately I’ve been craving something more sturdy and robust, a grain that can stand up next to all the flavorful summer produce and say “Bite me! Chew me! I’m not just hiding in the background to soak up all the salad dressing!” This week, at least, my heart belongs to an assertive little grain called farro.

Farro is a grain made from an ancient variety of wheat called emmer, and you can buy it either pearled (perlato) or whole. Pearled farro, which is what I used in this recipe, has had some of its outer hull stripped off, making it cook much more quickly. If you can’t find farro on your supermarket or health food store shelves and don’t want to order it online, you can use one of its cousins, spelt or wheatberries, but both will take longer to cook than pearled farro. If you’re gluten-free, please stay away from farro because it is wheat; I recommend substituting buckwheat or brown rice instead.

Though farro is assertive, it is not a bully. Its flavor isn’t as earthy or intense as buckwheat groats and won’t overpower other ingredients, so you could say it plays well with others.

But farro is much chewier than rice, quinoa, or even barley, adding an interesting texture to a grain salad like this one, which uses those ever-abundant vegetables of summer, tomatoes and zucchini. Zucchini doesn’t have a lot of flavor of its own, but grilling gives it a smoky edge, and I’ve included grilled pepper to add a little zing. The lemony dressing is based on this one from Martha Rose Shulman, though I’ve replaced the olive oil with a slurry of chia seeds. I hope you find the results as addictive as I do. 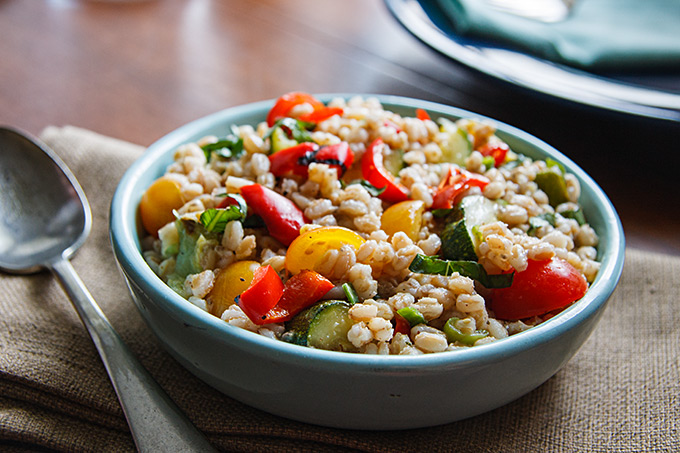 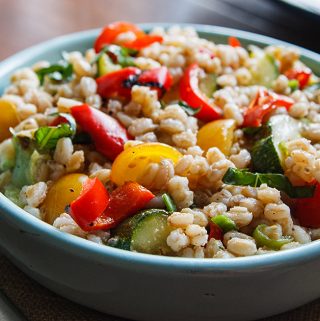 Instead of pearled farro, you may use regular farro, spelt, wheatberries, or any other large grain. For a gluten-free version, try brown rice or buckwheat groats. Cook according to package directions or check the internet for cooking times because pearled farro cooks much more quickly than most other large grains. If you’re using pre-cooked grain, use 4 cups.
Nutrition Facts
Farro Salad with Tomatoes and Grilled Zucchini
Amount Per Serving (1 serving)
Calories 186 Calories from Fat 17
% Daily Value*
Fat 1.9g3%
Sodium 42.3mg2%
Carbohydrates 38.8g13%
Fiber 7.1g30%
Sugar 5.1g6%
Protein 8.5g17%
* Percent Daily Values are based on a 2000 calorie diet. 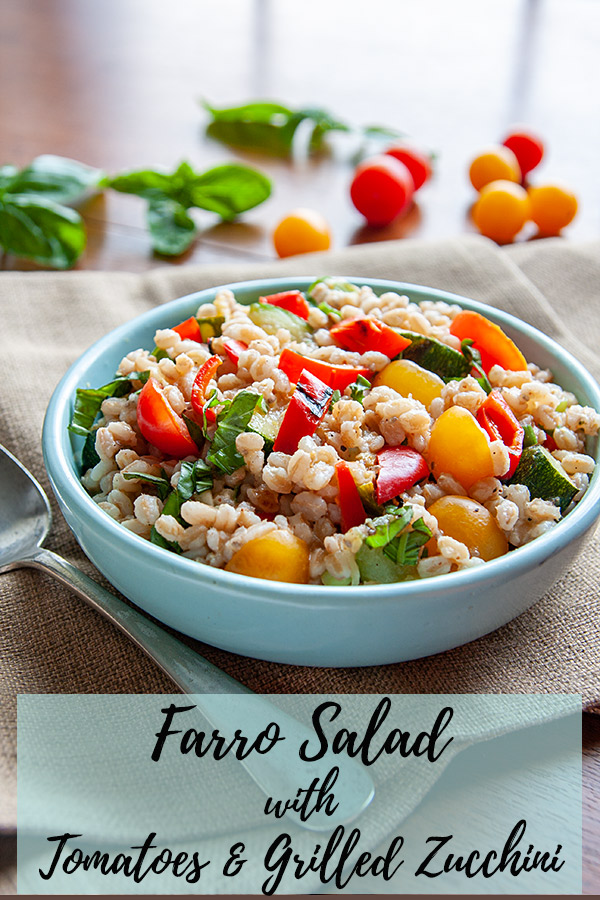