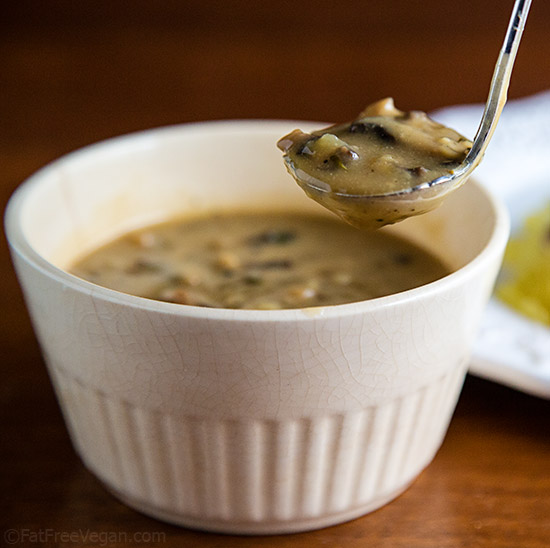 My family celebrated Thanksgiving two days late this year. On the Saturday after Thanksgiving, my parents arrived early in the day to watch their college play its big football game, and my brother and sister-in-law arrived shortly afterward. The game was nearing its end, and I was in the kitchen reheating all the food I’d prepared in advance (including a green bean casserole and a No-Fu loaf) and getting ready to cook the Brussels sprouts and warm the gravy.

With seven seconds left in the game and everything needing a few more minutes to be truly hot, the electricity went out in my entire neighborhood. A call to the power company confirmed what I knew from experience: it could be hours before the power was restored.

I was not going to let the meal get any colder. Working by candle light, I had everyone bring the food to the table and ordered my husband to get the camp stove in from the garage (panic over food makes me quite bossy). You’re not supposed to use this kind of stove in the house, but I was determined to heat the gravy. You see, everything else can be lukewarm, but hot gravy pulls the meal together.

The dinner was a success, the camp stove fumes didn’t kill us, and my parents found out that their team had won the game in a surprise upset in the 7 seconds that they missed. Oh well. We consoled ourselves with pie–Double-Layer Pumpkin Cheesecake and apple pie–by candlelight.

I think gravy is important, so important that I’m pulling my mushroom gravy recipe out from the archives where it’s been residing at the bottom of my Mushroom Timbales post. Around this time of year, I get a lot of emails from people trying to find “the gravy recipe that everyone raves about,” so I decided it needed its own page. Here it is, my Christmas gift to you: 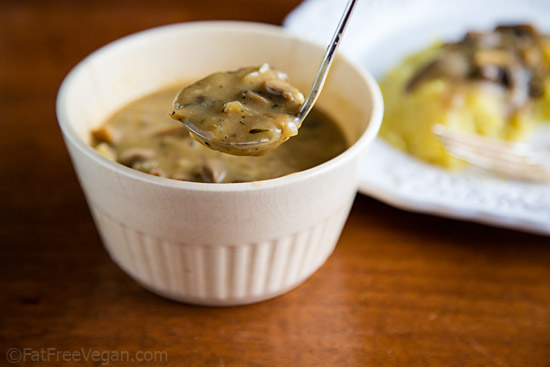 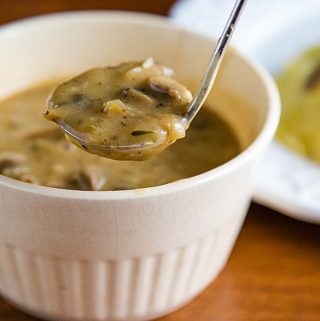 My mushroom gravy is always an ad lib affair; I don’t think I ever make it the same way twice. Here’s the basic recipe, but the amounts of herbs should be adjusted as necessary–more for blander foods and less for highly seasoned dishes.
Prep Time 5 minutes
Cook Time 25 minutes
Total Time 30 minutes
Servings 6
Author Susan Voisin

You can make this gravy more palatable to mushroom-haters by blending it until smooth. For a smoother gravy with some pieces of mushroom, blend only half the gravy. For a bacony-flavored gravy, add a few drops of Liquid Smoke with the salt and pepper. (Bacony gravy is excellent over biscuits!)
Nutrition Facts
Vegan Mushroom Gravy
Amount Per Serving (1 serving)
Calories 31 Calories from Fat 5
% Daily Value*
Fat 0.5g1%
Sodium 177mg8%
Carbohydrates 6g2%
Fiber 1g4%
Protein 2g4%
* Percent Daily Values are based on a 2000 calorie diet. 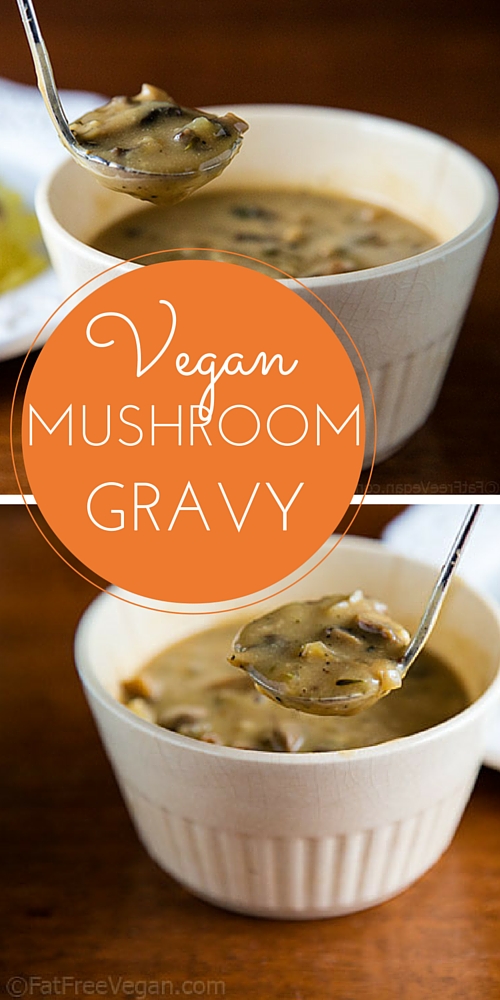 May your holidays be warm and bright (with or without electricity)!