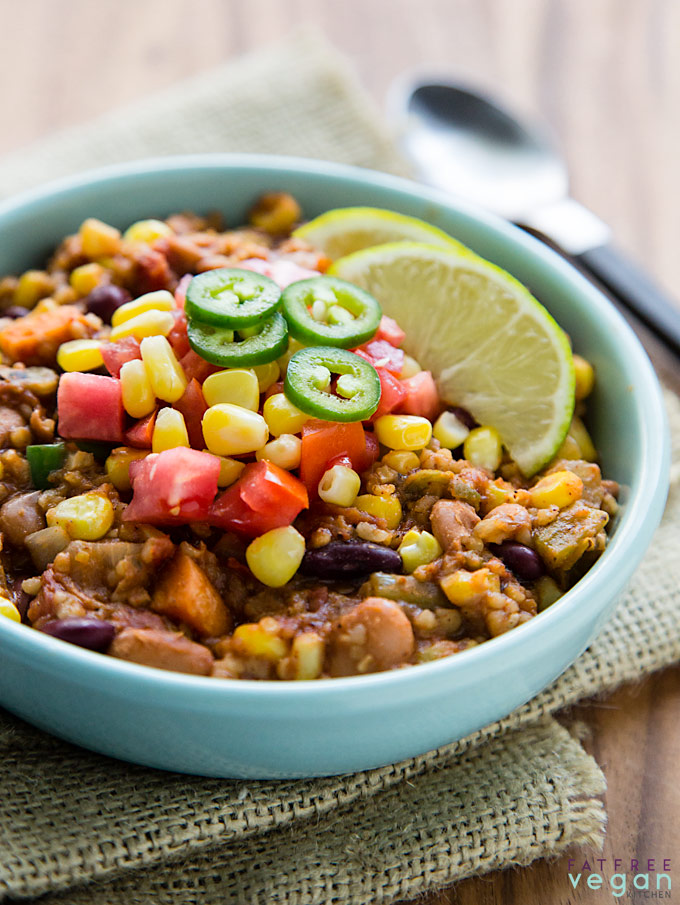 My husband’s birthday was last Friday, and I thought I’d be sharing his birthday cake (a carrot cake) with you rather than veggie chili, but in cooking (as in all things) it doesn’t pay to take things for granted. The cake was not a success. It sank in the middle and was only edible because vegan cakes have no eggs, so eating it wouldn’t poison us. My husband actually liked it, but I can’t share a recipe that doesn’t work even when I think I know how to fix it. I’ll be working on that recipe later, when I’ve gotten over the disappointment.

But his birthday did lead to a recipe, however indirectly. In our family, the birthday person gets to choose where to eat, and D chose to go to Mellow Mushroom for the vegan version of their Mega Veggie pizza: thick crust, red sauce, artichokes, broccoli, mushrooms, peppers, olives, dripping with gooey vegan cheese. It’s the kind of food I don’t cook, so you can see why he requested it on his special day. 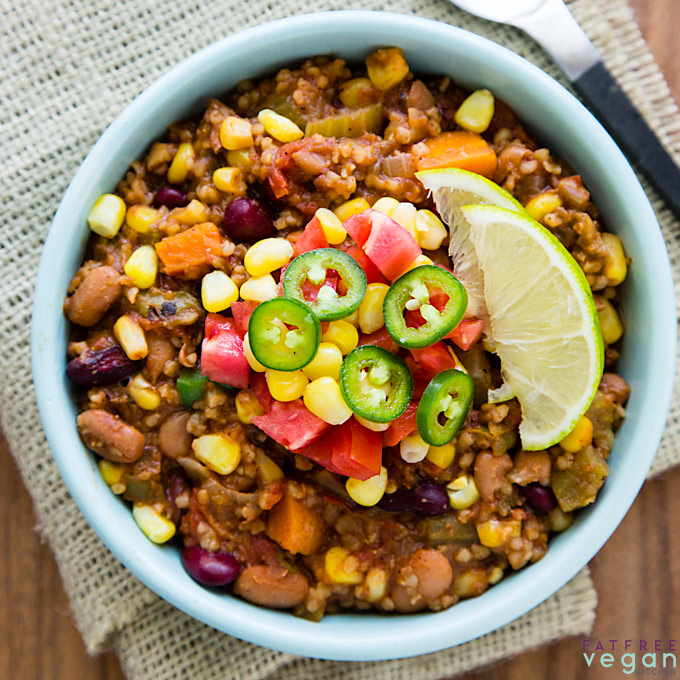 A couple of days later, I was in the kitchen working on the recipe for a chili that has more veggies than usual, and the name “Mega Veggie” just popped into my head…and wouldn’t pop out. I know this chili bears no resemblance to the pizza of the same name (other than onion and peppers), but because it contains carrots and celery in addition to the usual peppers and onions, it will always be Mega Veggie Chili to me.

I took my inspiration from a recipe for Cranberry Bean Chili in Pressure Cooking for Everyone. It reminded me of one of my old favorites, Red, Gold, Black and Green Chili, because it uses bulgur wheat to thicken it and add a meaty texture. But it calls for dried cranberry beans, which I was all out of, so I made it with canned beans.

I could have just made it on the stove, but I got out my Instant Pot out of habit and cooked it under pressure. Though it cooks under pressure for just 3 minutes, it takes a little time to get up to pressure, so it comes out about the same as cooking it on the stove. I’ve included instructions for both pressure cooking and “regular” cooking below. 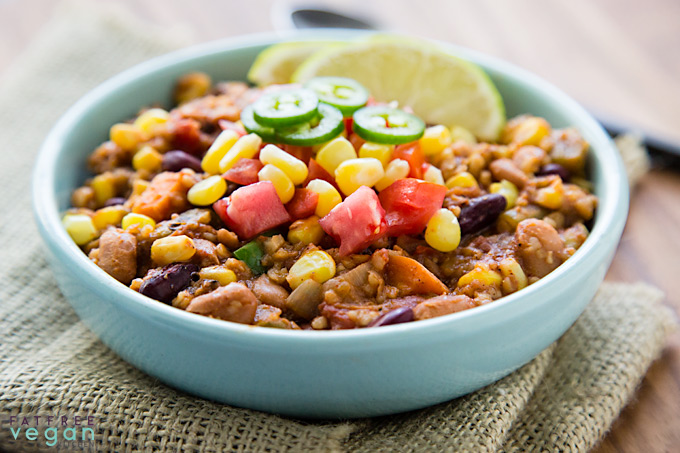 Note: If you’re cooking it in the Instant Pot, please don’t try to cut corners and add all the ingredients at once. It will be too thick and will burn on the bottom.

Gluten-free readers: Feel free to use kasha or any cooked gluten-free grain instead of the bulgur. 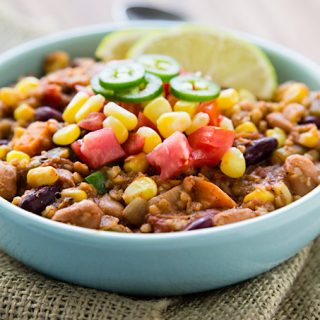 Chopping the vegetables is the most time-consuming part of this easy recipe, which cooks equally fast on the stove as it does in the pressure cooker.
Prep Time 10 minutes
Cook Time 30 minutes
Total Time 40 minutes
Servings 6
Author Susan Voisin

Not in the mood for Mega Veggie Chili? Try one of these: