I’m a lazy cook. I’m constantly combining steps so that I can get dinner on the table in as little time and with as few pots and pans dirtied as possible (though D, our resident dishwasher, would tell you that I don’t always do a good job at that last goal).

Last night I started cooking with the noble intention of making stuffed baby eggplants, but somewhere along the line I just lost my enthusiasm. I think it was when I saw the 12 baby eggplant halves all lined up on the cutting board waiting for me to carefully carve out their insides–it suddenly looked like just too much work. After all, it was just a casual meal for the three of us, no one to impress (except for you, dear readers). I got to thinking that I could simply layer slices of the eggplants with the filling between them, and it would taste the same as stuffed eggplants with much less work. So that’s what I did. I took the eggplant halves and sliced each one again, steamed them lightly so that they would cook completely, and baked them with the filling in a casserole. And it was delicious! 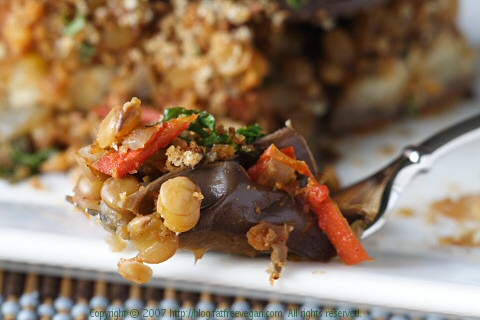 Baby eggplants are layered between an aromatic mixture of lentils, tomatoes, mint, and spices. If you can’t find baby eggplants, one large eggplant will do. 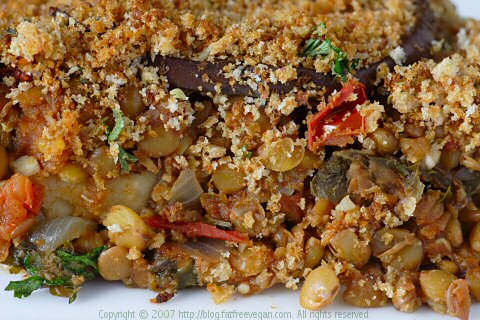 Copyright © Susan Voisin 2011. All rights reserved. Please do not repost recipes or photos to other websites.