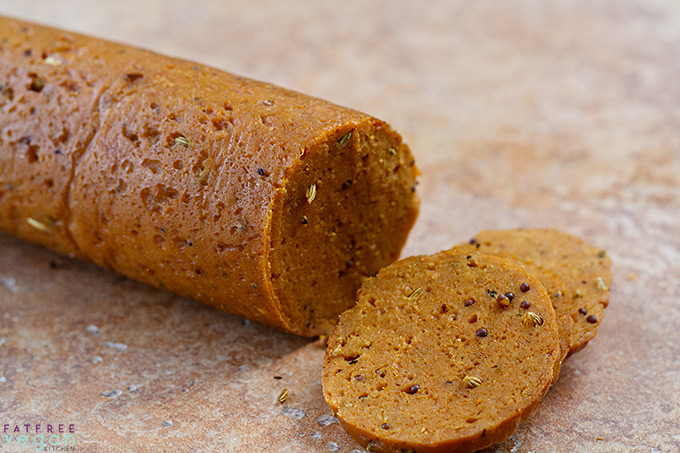 Okay, you wormed it out of me. I was going to make this again just to tweak the seasonings a little, but with so many of you writing to tell me that you just have to have the recipe now, I’ve decided to post it here and let you do the experimenting with it. (I’ve moved on to veggie bologna!)

But first a warning: I haven’t had real pepperoni since before some of you were born, so I could be way off on the flavoring. Feel free to do the experimenting that I haven’t had time for.

If you’ve got a copy of Vegan Vittles, Joanne Stepaniak has a pepperoni version that I didn’t see before creating this one and it might be better (though she probably hasn’t had pepperoni any more recently than I have.) I have to say that I really liked how this came out, whether it tastes like the real thing or not.

And an apology to my gluten-free friends: There’s not much you can do to convert a recipe that is gluten. I’ve thought about experimenting with marinated, baked tofu, but I haven’t gotten around to that. If anyone tries it, please drop me a comment about how it turns out. 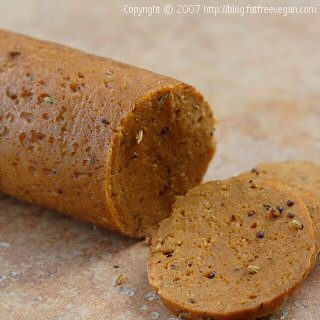 This fit perfectly in my toaster oven, so I didn’t have to heat up the whole kitchen. I slice it and used it as-is on pizza, pita pizza, wraps, and sandwiches, but you may want to slice it and pan-fry it to give it more of a real pepperoni feel. Each serving is 2 points on Weight Watchers Freestyle.
Nutrition Facts
Veggeroni (Seitan Pepperoni)
Amount Per Serving (1 serving)
Calories 188 Calories from Fat 23
% Daily Value*
Fat 2.5g4%
Saturated Fat 0.5g3%
Sodium 309mg13%
Carbohydrates 10g3%
Fiber 0.3g1%
Sugar 2g2%
Protein 31g62%
* Percent Daily Values are based on a 2000 calorie diet. 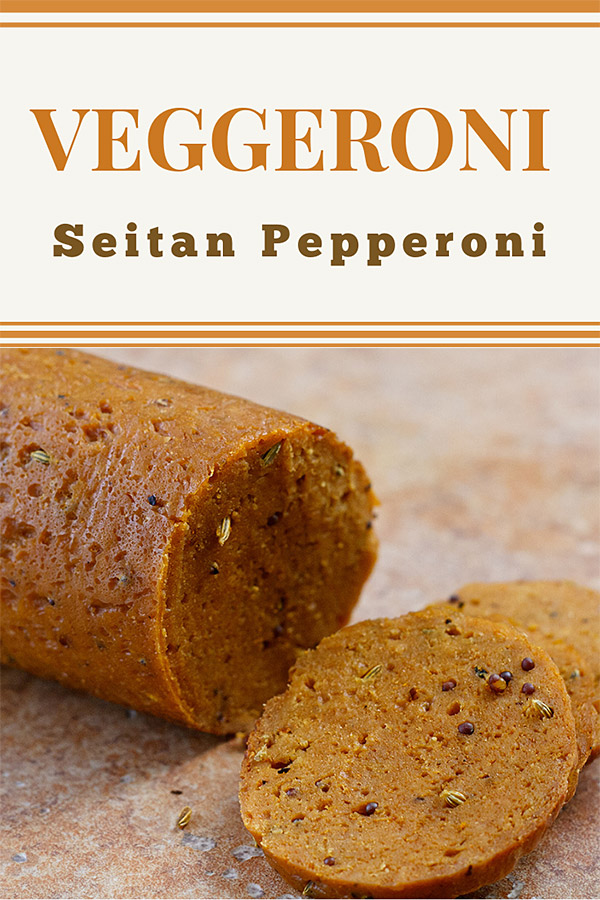