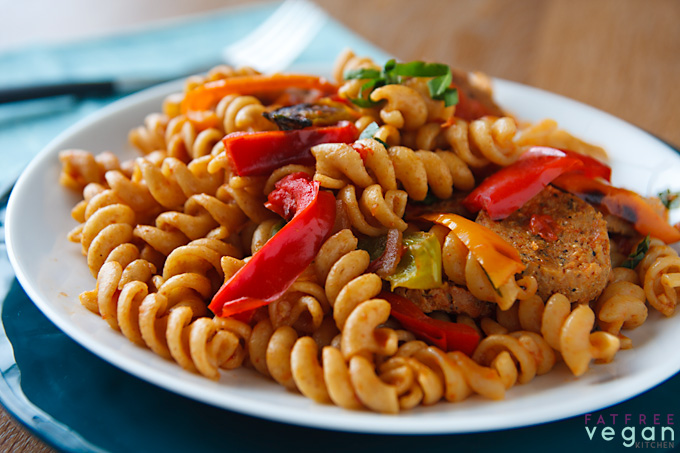 I don’t know what happened to revolutionize the way whole wheat pasta is produced, but something must have. It’s evolved, in my opinion, from a heavy, grainy-tasting, fall-apart-if-you-slightly-overcook-it punishment for eating healthy into a delicious food that my whole family enjoys.

I decided a few years ago that when it came to pasta, I’d stick with flavor over nutrition and use regular semolina or rice pasta for those rare times when I cook pasta. Then I started following Weight Watchers’ Core program, which allows limited amounts of whole wheat pasta, and I decided to give it one last try.

To my surprise, the newer ww pastas are lighter and less starchy than the dark whole wheat pasta I used to buy from the bulk bin of the health food store, and instead of tasting chalky or grainy, they’re either pleasantly bland or slightly nutty (which actually works well with heartier sauces and seasonings). My daughter no longer complains when I use whole wheat pasta–in fact, she doesn’t seem to notice at all. I still consider pasta an occasional treat, but I no longer feel like I have to give it up completely–or suffer through arrabbiata that tastes like cardboard! 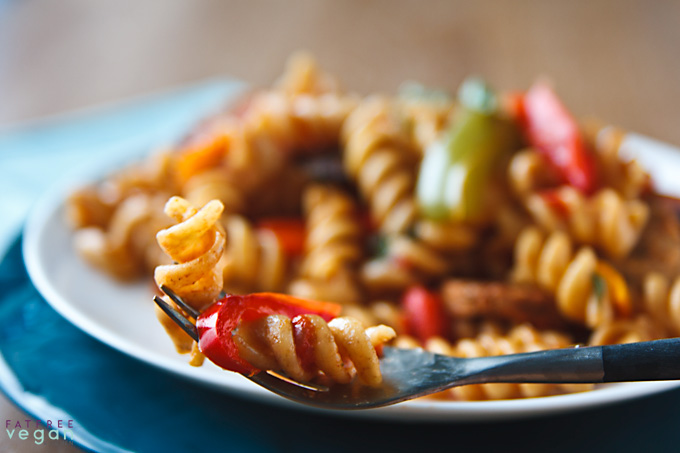 A nuttier-tasting whole wheat pasta will work well with this recipe, with its flavorful roasted peppers and highly-seasoned vegan sausage. I’ve been craving vegan sausage for a while, and I finally got around to making up an Italian version of the Irish sausages I made around St. Patrick’s Day. Both recipes were inspired by Julie Hasson, whose steaming method produces the most tender gluten sausages I’ve ever made.

Of course, if you make this pasta with packaged sausage rather than homemade, you’ll be able to get this dish on the dinner table in under a half hour…but I think you’ll be missing out on some seriously good sausages! 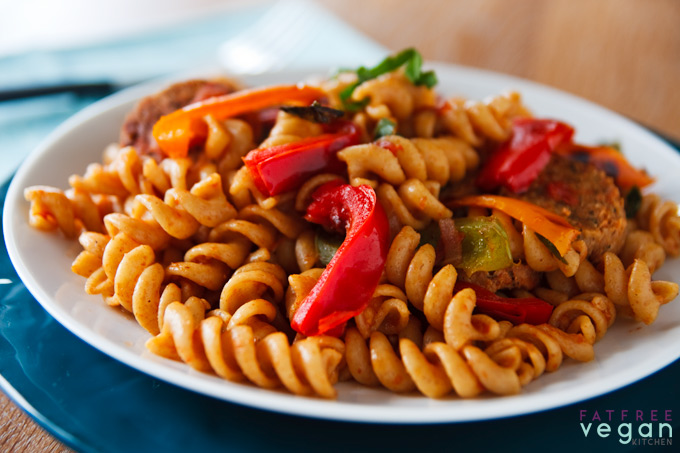 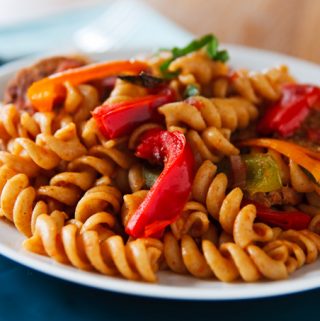 Pasta with Peppers and Sausage

This vegan version of pasta with peppers and sausage has all the flavor of traditional recipes but none of the fat or animal products.
Prep Time 10 minutes
Cook Time 30 minutes
Total Time 40 minutes
Servings 4
Author Susan Voisin

Don’t be afraid to make your own seitan sausage. The recipe below is practically fool-proof and is as easy as making a dough, wrapping it, and steaming it. If you want to avoid aluminum foil, use parchment paper, though I find lining the foil with parchment paper to be more effective. 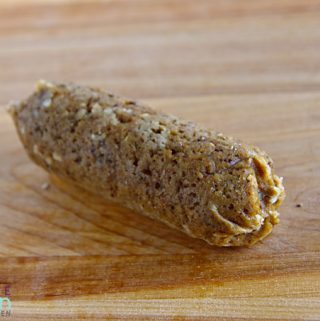 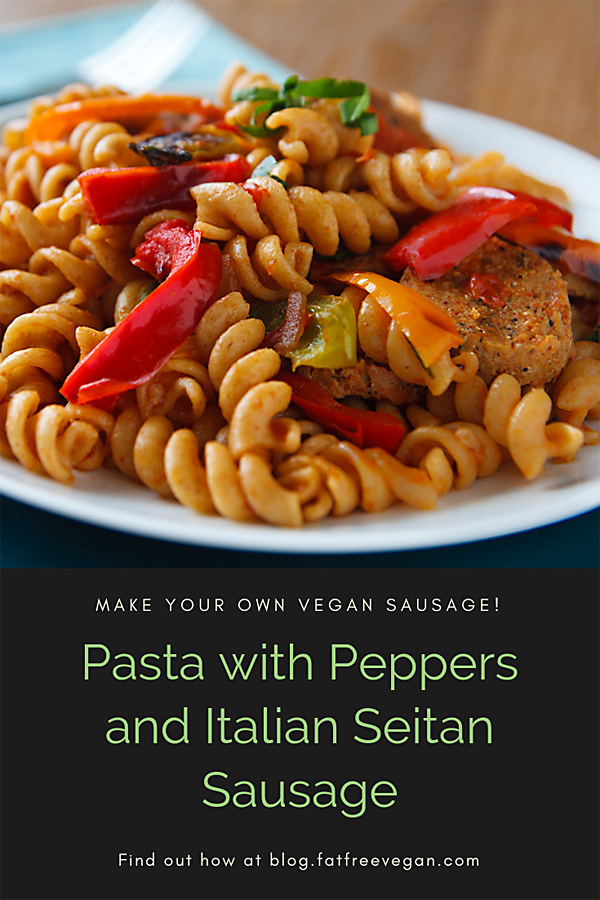