This spooky black bean hummus, complete with edible spider web and spider, will be the healthiest thing on your vegan Halloween menu. 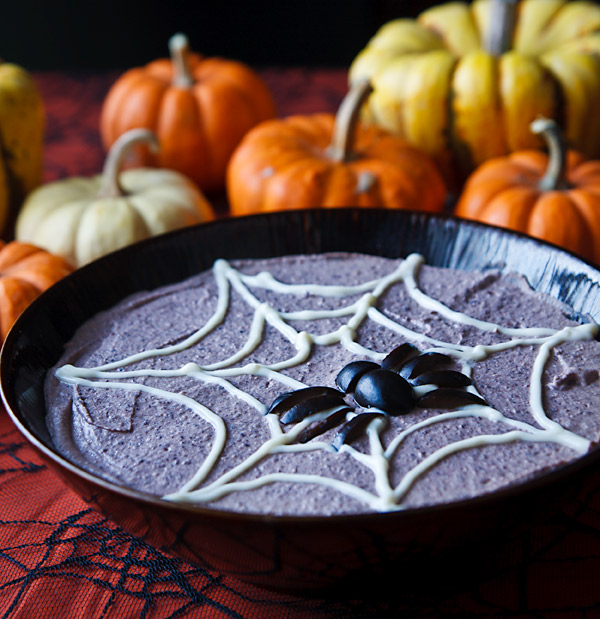 I have two standard Halloween recipes in my, ahhem, repertoire. One of them involves baking the equivalent of a 4-layer chocolate cake in the shape of a pumpkin; it contains a gazillion calories and takes most of an afternoon to make. As you can probably guess, I don’t make that one very often. When I need a Halloween-themed food for a party, I’m much more likely to whip up this black bean hummus dip, which takes about 10 minutes and, if you scoop it up with carrot sticks or rice crackers, is one of the lighter dishes you’ll find at most parties.

I vary the ingredients every time I make it. Sometimes I treat it as a regular hummus, with lemon juice and a pinch of paprika; other times it’s more of a Southwestern bean dip, with chili powder and even tomatoes.

I took the middle road this time and used lime juice instead of lemon and chipotle pepper instead of paprika. Unfortunately, I went a little overboard and added too much chipotle, resulting in a dip that was overly smoky and too spicy to serve to unsuspecting party-goers. 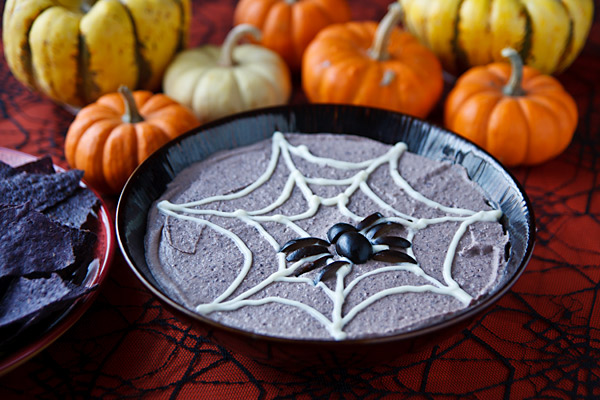 To balance out the heat and smokiness I started adding soy yogurt by the tablespoon. As it turns out, I like the creaminess the yogurt imparts, so I’m leaving it in the recipe. My advice is to add the chipotle a little at a time; if you add too much, its smoky flavor borders on bitter.

Did you know I have at least 20 hummus-type recipes? You can find them all, including my Halloween-themed Killer Jalapeño Hummus, in my Hummus Recipes archive. 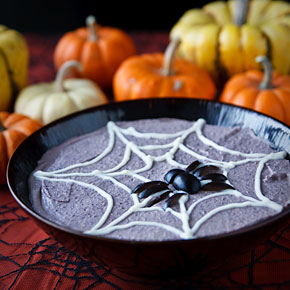