With a texture like mushroom pate and all the savory flavors of Thanksgiving, these mushroom timbales will be the perfect vegan main dish on your holiday table. 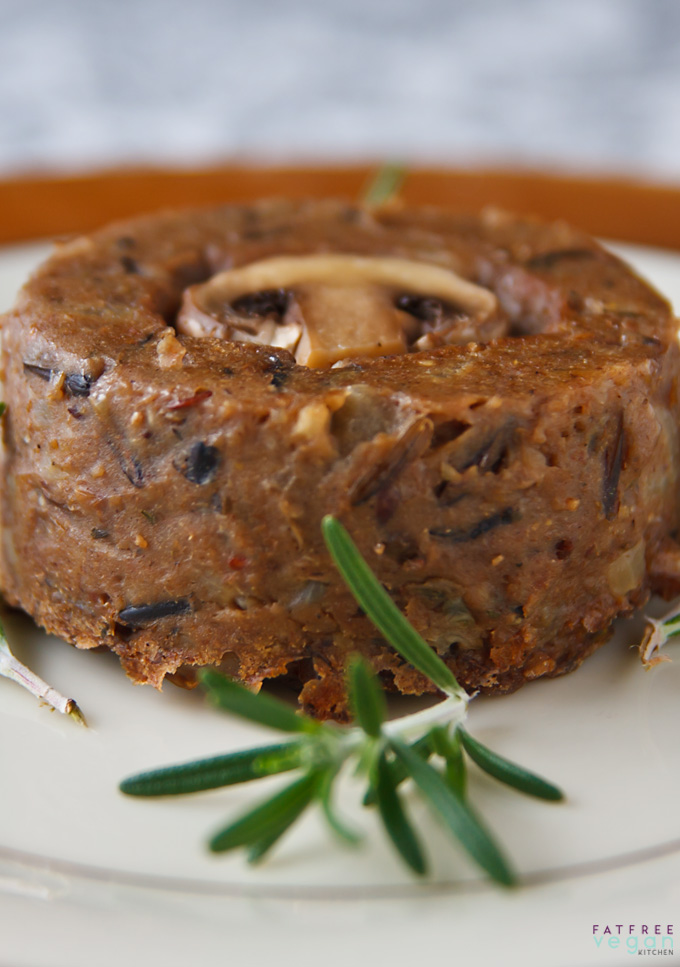 My Thanksgiving menu planning will always be an exercise in fantasy because we celebrate the holiday at my in-laws’, but if I were serving Thanksgiving dinner at my house this year, my menu would include Green Bean Casserole, mashed potatoes and mushroom gravy, cornbread dressing, Cranberry Relish, Sweet Potato Casserole, Double-Layer Pumpkin Cheesecake, and these Mushroom, Lentil, and Wild Rice Timbales.

Since I don’t get to cook much for the actual holiday (and only those items that will travel well) I spend the weeks before the big day doing Fantasy Holiday Meals—not the whole meal, mind you (you know how lazy I am), but a dessert here, a side dish there, as part of a regular meal. It keeps me in practice for holiday cooking and, let’s face it, gives me something relevant to post here for anyone looking for holiday meal ideas.

So last night I attempted my fantasy main course. I wanted something savory and elegant, something special enough to be the focal point of a meal but still light enough to allow room for all the other dishes. These timbales, if I say so myself, achieved all of those goals and more. 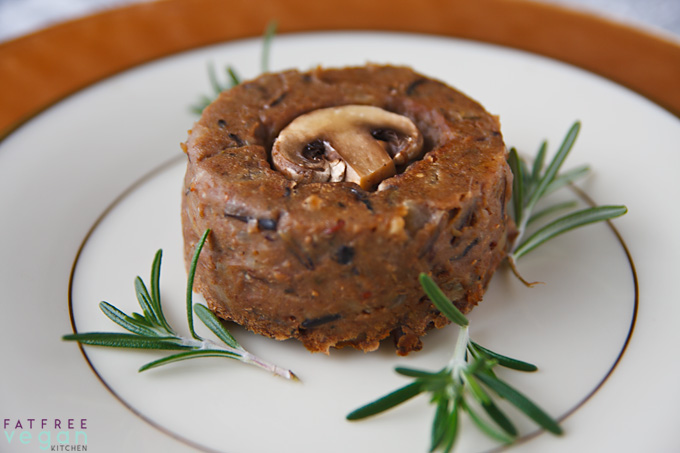 They’re ridiculously delicious, if not ridiculously easy. The texture is like mushroom pate, with wild rice providing just a touch of chewiness. All the savory flavors that I associate with Thanksgiving are here: the earthiness of mushrooms and lentils, the warm herbal flavors of sage and thyme, a hint of pungency from the rosemary.

The idea for this recipe came from Crescent Dragonwagon’s Passionate Vegetarian, though I changed her recipe so much that she might not want to claim it. First I veganized it (the original contained eggs), and then I completely changed the seasonings. Finally, I tried to simplify it a little, but let’s face it, unless you happen to have cooked lentils and wild rice on-hand (who does?), this recipe will probably take you a couple of hours and leave your kitchen in as bad a shape as it did mine. But let me tell you, it’s worth it! 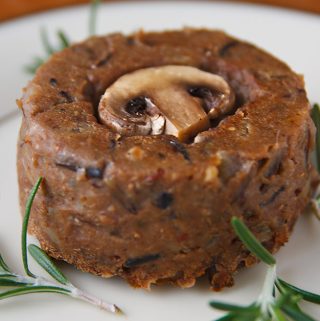 With a texture like mushroom pate and all the savory flavors of Thanksgiving, these mushroom timbales will be the perfect vegan main dish this Thanksgiving. They also make a delicious appetizer spread on crackers.
Prep Time 30 minutes
Cook Time 50 minutes
Total Time 1 hour 20 minutes
Servings 6
Author Susan Voisin

Course Appetizer, Main Course
Cuisine American
Keyword mushroom timbales, vegan timbales
Have you made this recipe?Mention @SusanFFVK and tag #fatfreevegankitchen in your photos on Instagram.
Share on Facebook Pin This Recipe Share by Email

This is my standard mushroom gravy. If you’re not a mushroom lover or need a gluten-free gravy, be sure to try my 911 Vegan Gravy. 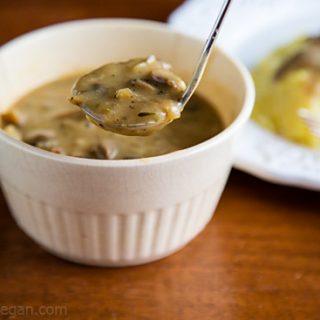 My mushroom gravy is always an ad lib affair; I don’t think I ever make it the same way twice. Here’s the basic recipe, but the amounts of herbs should be adjusted as necessary. This time I kept them light so that they didn’t compete with the timbales’ seasoning.
Prep Time 5 minutes
Cook Time 25 minutes
Total Time 30 minutes
Servings 6
Author Susan Voisin

You can find all of my Thanksgiving recipes right here. Enjoy! 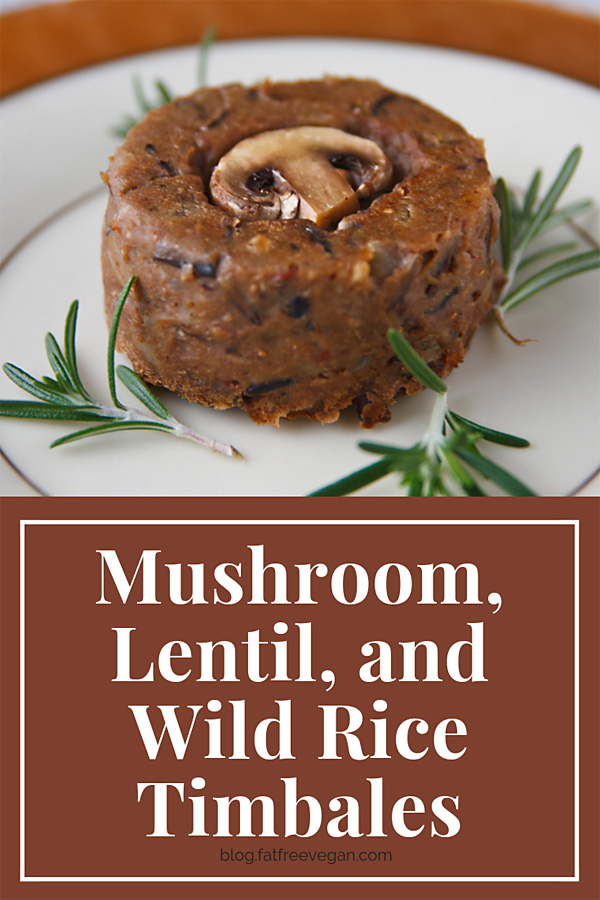