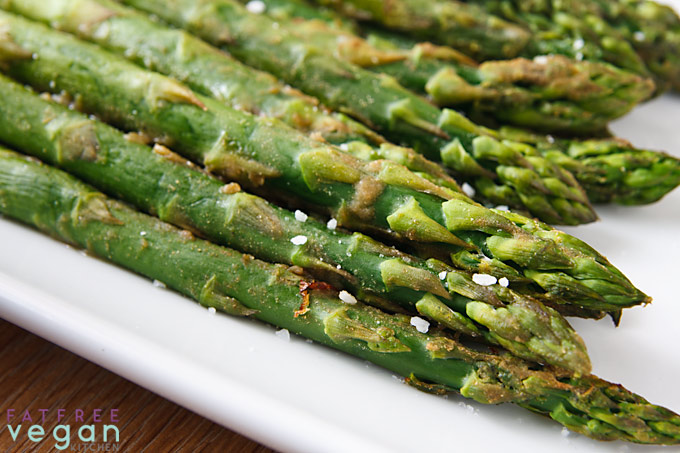 You know that feeling you get when you accidentally gulp down too much wasabi, that white-hot fire blazing through your mouth and up your nose? Well, I like that feeling.

Now, I don’t coat everything with wasabi, and when I do use it, I try to use moderate amounts, but when I accidentally over-smear a vegetable roll or inari with too much of the green paste, I find the momentary shock to my sinuses refreshing.

But fear not: You don’t have to be heat-crazed to enjoy this ridiculously easy asparagus recipe. In fact, I was a little disappointed to find that my wasabi powder had gotten old and lost most of its heat. Since I had to keep adding it by the teaspoon to get the flavor right, I don’t have a firm amount to tell you to use, but then again, I probably wouldn’t have risked suggesting an amount anyway. We’re all different, and some of us like to breathe fire more than others.

The standard disclaimer applies: Use more if you like it hot, less if you like it mild. This tender, savory asparagus makes an excellent side dish or appetizer, but to be honest with you, I ate the entire recipe as a snack. With my fingers. 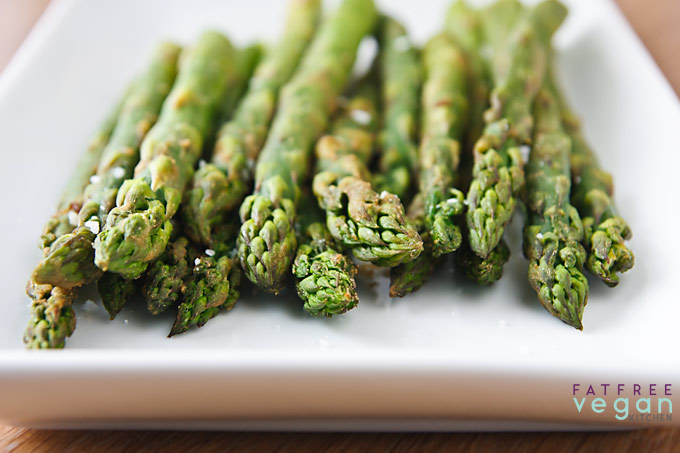 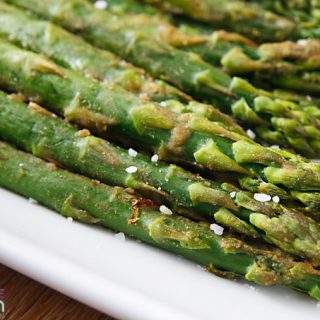