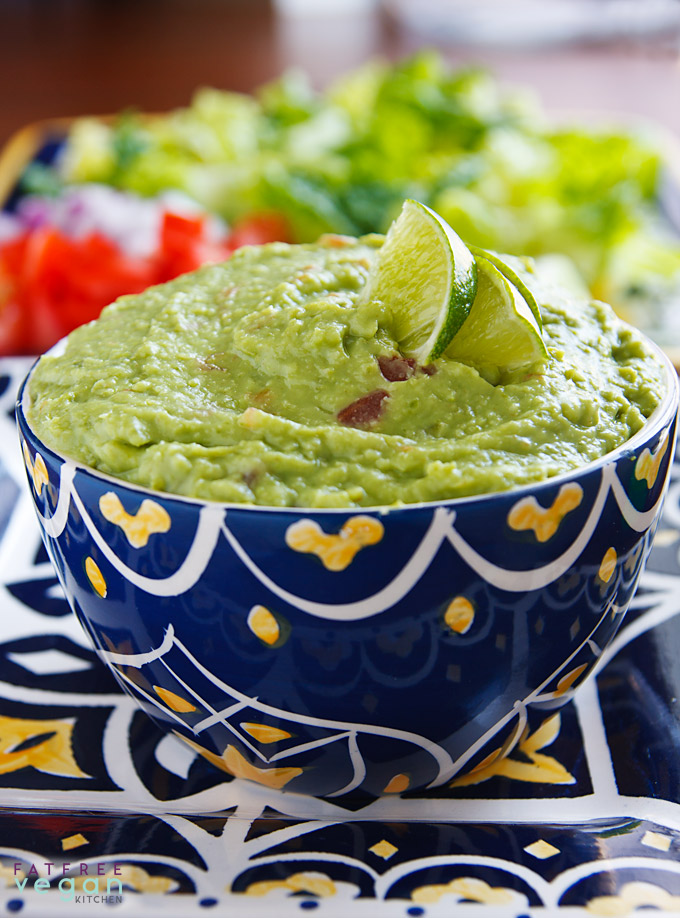 In my den, two bookcases sag under the weight of the dozens of cookbooks I’ve managed to cram into them. Cookbooks spill out onto the neighboring coffee table, line the counter between kitchen and den, and form heaps around my bed. Sometimes I read them like novels, the sidebars and stories especially, and sometimes I thumb through them for inspiration (looking mostly at the pictures, I confess).

But do I cook from them? Almost never. Because I’m constantly experimenting with my own recipes, I have little time to try other people’s. Which is sad, really. It means I’m not getting the benefit of all their accumulated knowledge and experience.

For the next few weeks, that is going to change. Lately I’ve been reading a few cookbooks that I really want to cook from. So I’ve contacted their authors and received permission to share some of their recipes with you. I’ll also give you my brief impressions of their books, including how low in fat the recipes appear.

To start things off, I made a low-fat guacamole by one of my favorite cookbook authors, Bryanna Clark Grogan. Bryanna’s book The (Almost) No-Fat Cookbook came out the same year I became vegan and was indispensable to me when I needed to learn how to cook without oil, eggs, and dairy products. I was thrilled when I got to meet her at a McDougall weekend in 2008 and that I got to spend a little time (not enough!) with her at this year’s Vida Vegan Con. She is as gracious and knowledgeable in person as she is in her writing.

Her new book, World Vegan Feast: 200 Fabulous Recipes from Over 50 Countries, is a must for anyone who likes to cook “off the beaten trail.” While it does contain new takes on dishes you’ve probably heard of–pesto, pirogies, tamale pie, tiramisu–it contains many international recipes that were new to me, including Persian Eggplant Stew with Yellow Split Peas and Lime, Peruvian Stew with Peppers and Walnut Sauce, and Coulibiac (a pastry-wrapped Russian loaf).

While some of the recipes take less than 30 minutes to prepare and are marked with a <30 symbol, others are more involved and often require the making of other “sub-recipes.” Bryanna’s instructions are very clear and detailed, and she often gives multiple substitutes for ingredients. Read any recipe and you come away with the impression that these dishes were very well-tested.

To me, some of the best parts of the book are the sidebars and information boxes where Bryanna gives detailed notes about ingredients and cooking methods, including a two-page discussion of bean myths (no, salt doesn’t cause them to be tough) and a handy guide to egg replacers.

World Vegan Feast is not an oil-free cookbook. Most recipes do contain some oil or vegan margarine, though in many it’s used to saute vegetables and can be eliminated by using an alternate cooking method. Bryanna writes, “I don’t subscribe to a drastically low-fat vegan lifestyle, but I also do not believe that vegan recipes should just be vegan versions or variations of traditional high-fat recipes, with the same amount of oil, or vegan margarine substituted for the butter. I want the same pleasure quotient from a vegan recipe as a non-vegan one, but I will rework it as much as I can to cut the fat down, to use healthier fats, to use healthier flours, and so on.” 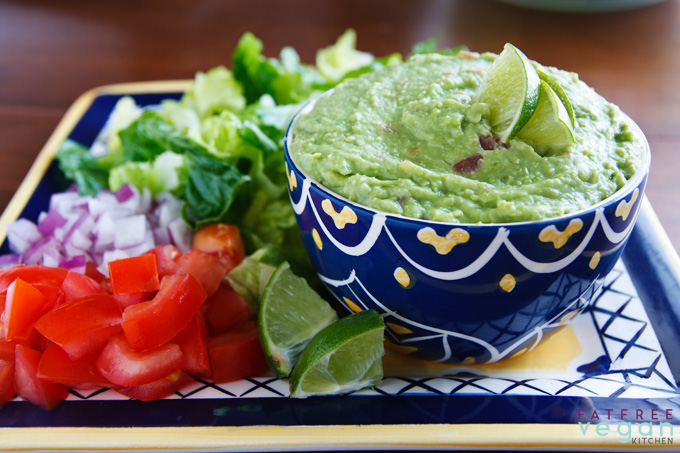 There is also liberal use of nuts, wheat gluten, soy, and salt, so if you have concerns about any of those ingredients, you should probably look inside the book on Amazon or in your local bookstore before you buy. Recipes are marked with symbols for gluten-free, gluten-free option, soy-free, soy-free option, and 30 minutes or less.

Though I was tempted by several of Bryanna’s stews, I chose to make her lower-fat guacamole both because it was already oil-free and because I’ve been searching without success for a lower-fat guacamole that I really love. I’ve tried Brocco-moles and Pea-moles and even Cucumber-moles without much liking any of them, but this combination of avocado, green beans, baby limas, and silken tofu really worked for me–I forgot it was supposed to be lower-fat and just enjoyed it as guacamole. My green beans took a little longer than 5 minutes to cook (they were tough) but they and the lima beans blended well with the avocado.

Thanks, Bryanna, for allowing me to share this fabulous lower-fat guacamole! 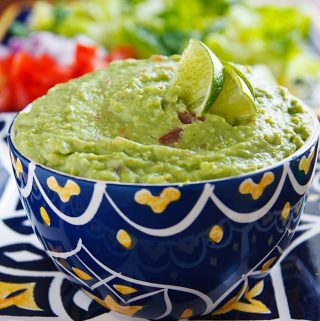 Bryanna's note: I have played with this recipe for years, and this particular combination of vegetables, silken tofu, avocado, and salsa is one we just can't get enough of. You'll need a food processor for this recipe.
Prep Time 15 minutes
Cook Time 10 minutes
Total Time 25 minutes
Servings 8
Author Susan Voisin 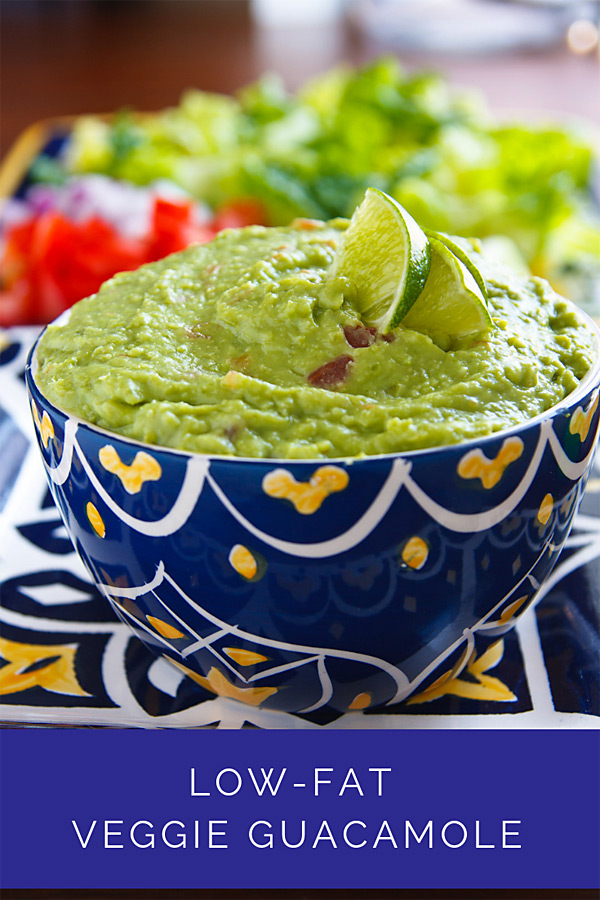