Crunchy on the outside but moist on the inside, these soy-free and gluten free vegan sausages are light but filling. 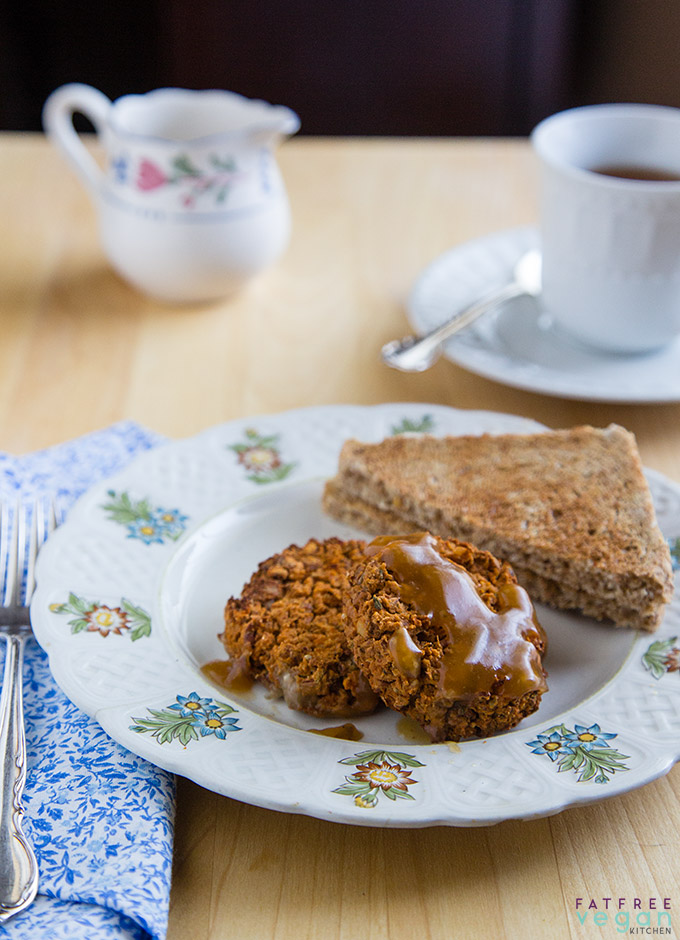 Though it’s said to be the most important meal of the day, breakfast has always been the most difficult meal of the day for me. Most mornings, I’m just not hungry until close to lunch, and if I do eat something starchy or fruity early in the morning, it just sets me up to get hungry again before lunch.

But I realize the importance of starting my day off with breakfast, so I’ve been working at making my breakfasts more protein-rich by basing them on beans: beans over grits, beans in smoothies, and now beans in “sausage.”

Since I gave up eating much processed soy, sausage substitutes are one of the foods I’ve missed the most. My favorite breakfast sandwich was Gimme Lean sausages on Ezekiel bread with Tofu-Cashew Mayo, dill pickles, and hot sauce. It probably sounds like something I craved during pregnancy, but it was delicious.

I had a (non-pregnancy related) craving for it the other day, and decided to try making a bean version to satisfy it. And these beany babies did the trick! 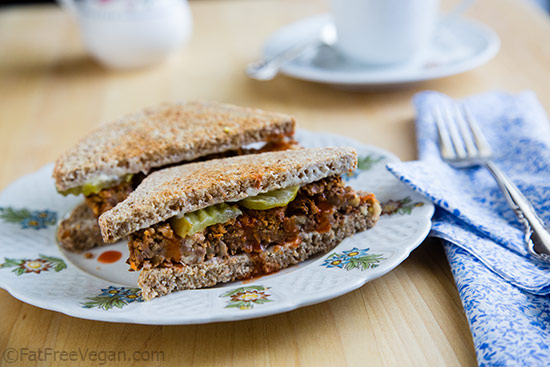 Honestly, the texture isn’t at all like sausage–I would have had to add gluten to get them closer to that, and I was trying to make them safe for my gluten-free readers. They’re a little crunchy on the outside but moist on the inside, and the optional walnuts add some interesting texture.

Plain they were rather…plain. But either made into my breakfast sandwich or served with grits and Mushroom Gravy, they were tasty and satisfying. 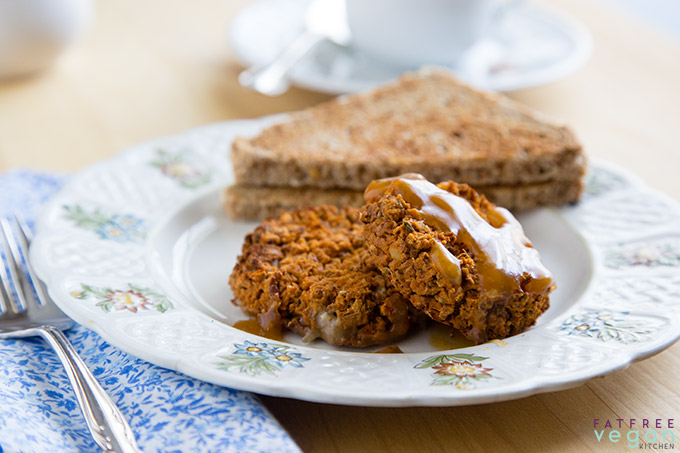 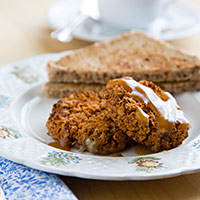 I like these on the spicy side and 1/4 teaspoon of red pepper flakes did the trick, but you can add more or less to taste.
Prep Time 20 minutes
Cook Time 25 minutes
Total Time 45 minutes
Servings 9
Author Susan Voisin 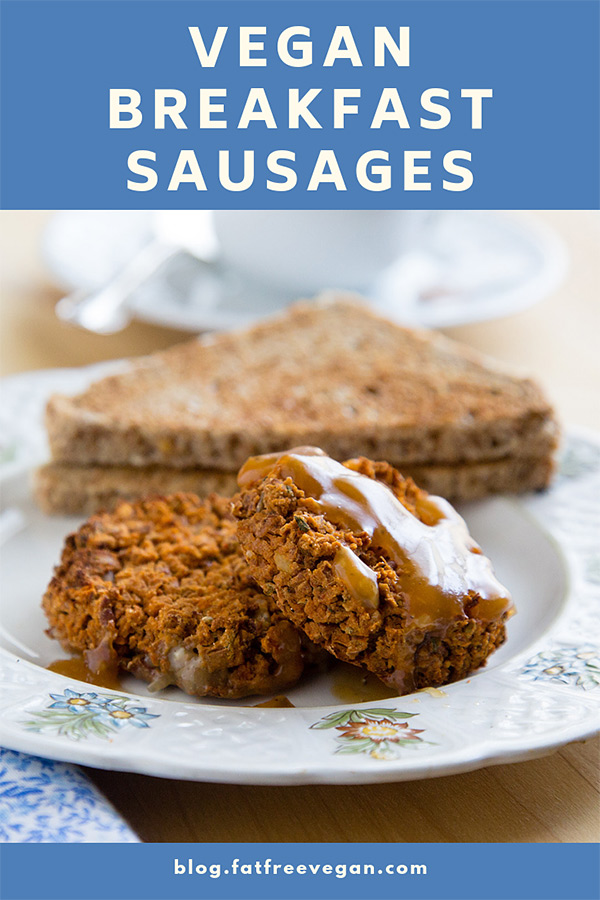