Spiced but not spicy, this Middle Eastern-inspired lentils and rice recipe gets its rich flavor from cinnamon, cloves, and cumin. 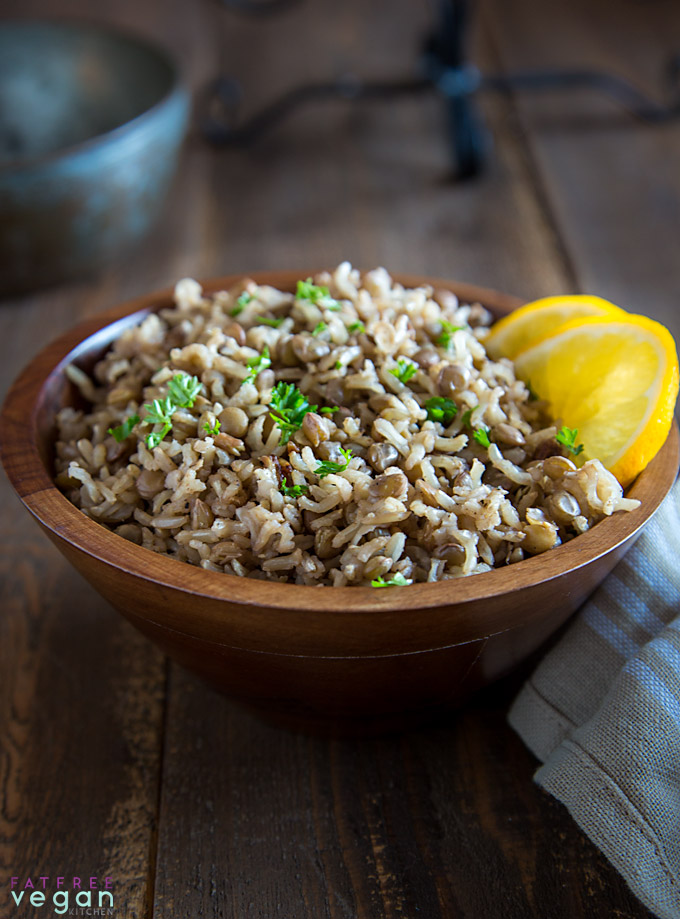 This is a “throw it all into your rice cooker and walk away” recipe.

I’ve recently started experimenting with putting foods other than rice into the rice cooker, and I love not having to watch over it as it cooks. The one I own is a super-cheapie Black & Decker with two settings, Cook and Warm. I’m not exactly thrilled with its performance, so I suggest getting a more expensive, fuzzy-logic type of rice cooker if you can afford it.

If not, the inexpensive ones work well, though I’ve found that I absolutely have to spray or brush the bottom of mine with oil, or it spits viscous, white droplets out of its vent-hole as it cooks, covering my upper cabinets and counter tops with rice spittle. A couple of drops of oil keep it from foaming. I don’t know if that’s a problem with all Black & Deckers, but it keeps me from wholeheartedly recommending the one I have. 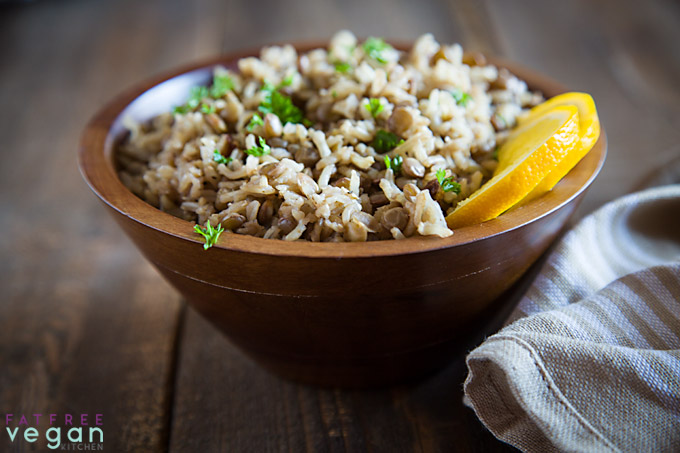 But you don’t have to have a rice cooker to make this Middle Eastern-inspired recipe; stove-top instructions are included.

Whether you cook it in the rice cooker or on the stove, the lentils soften and become almost “meaty” because they cook more quickly than brown rice. I like the texture, but if you prefer the lentils to retain their shapes, try following the variation and using more lentils than rice.

Note that this dish is “spiced,” not spicy: cinnamon, cloves, and cumin give it a warm, rich flavor, but no heat. It’s a perfect accompaniment to hummus, baba ganoush, and tabouli. 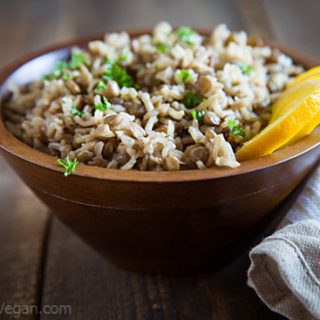 To cook it on the stovetop, follow the same directions, but increase the water to 4 1/2 cups. Bring to a boil, cover tightly, and cook on low until water is absorbed, about 45 minutes. Variations:  You can reverse the measurements of the lentils and rice to make this a more lentil-centered dish.
Nutrition Facts
Spiced Lentils and Rice
Amount Per Serving (11 serving)
Calories 258 Calories from Fat 15
% Daily Value*
Fat 1.7g3%
Sodium 394mg17%
Carbohydrates 51g17%
Fiber 9g38%
Protein 10g20%
* Percent Daily Values are based on a 2000 calorie diet. 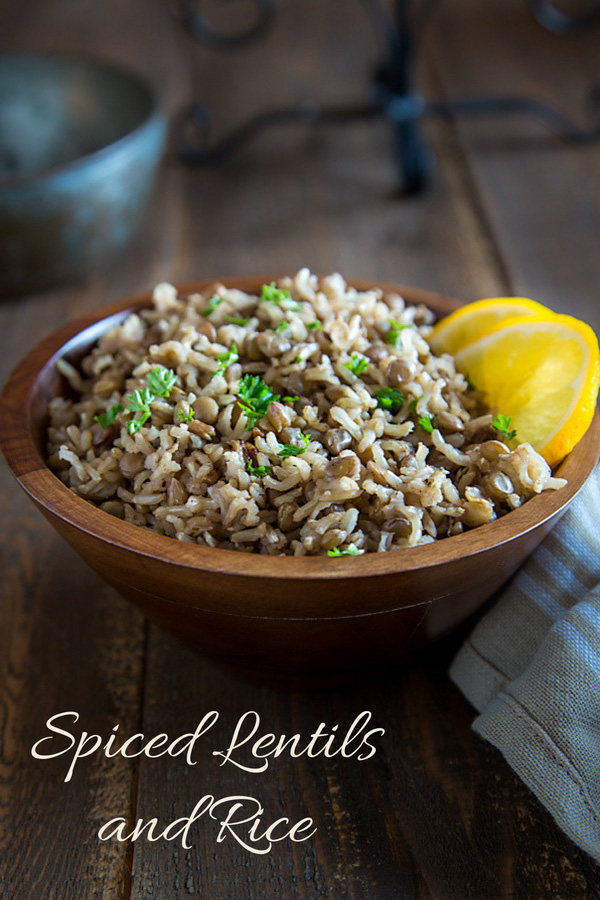