This Middle Eastern eggplant dish, called Mussaka or M’saka, is seasoned with pomegranate molasses and spices for an aromatic, slightly sweet-tangy flavor. 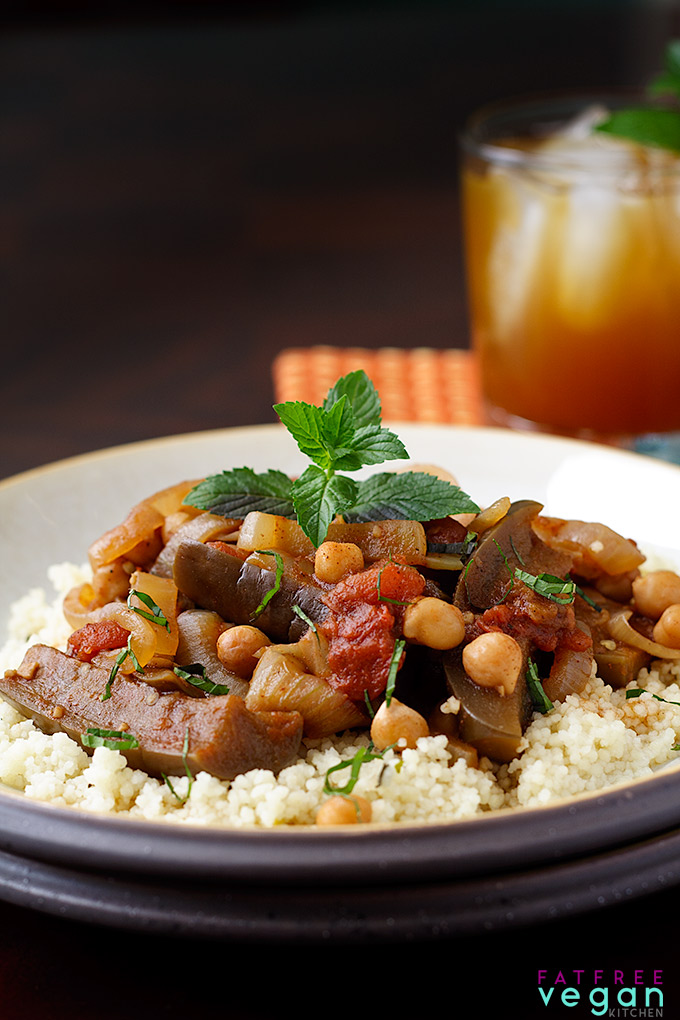 When I moved to Jackson about 6 1/2 years ago, there was only one real Middle Eastern restaurant, and it was actually a grocery store with a few tables where people could eat the hummus, tabouli, and other delicacies available in take-out containers. It was a small place, but their baba ganoush and tabouli were the best I’d ever tasted.

Though we’re very devoted to the Mediterranean Café, D. and I recently decided to check out the newest restaurant, Jerusalem, which specializes in Lebanese food. The one dish that stood out (and that isn’t on the menu at our favorite restaurant) was Mussaka, an eggplant appetizer that was aromatically seasoned and delicious (no burned eggplant here!)

As I ate it I tried to decipher just exactly what was in it so that I could recreate it at home. After all, my garden is producing a record number of Japanese eggplants, and I’m constantly looking for new things to do with them. 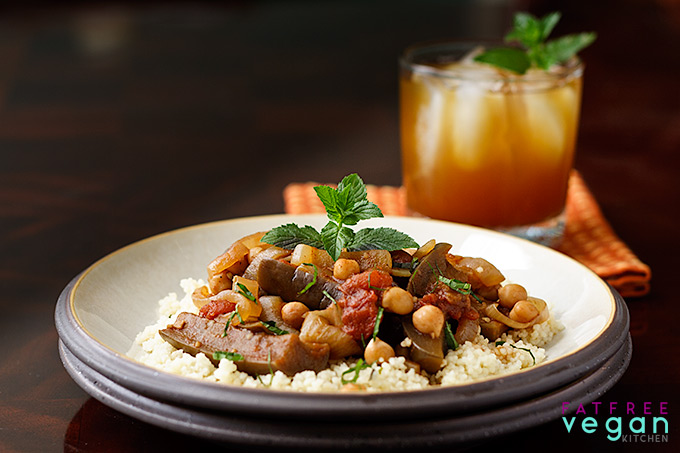 When I got home, I did an internet search and didn’t find much under “mussaka” or “musaka.” Finally, using the spelling “moussaka,” I found an often-repeated recipe of Nigella Lawson’s for Lebanese Moussaka that looked similar to what I’d eaten, though it contains chickpeas while the dish I had at Jerusalem did not.

I decided to give it a go, with some changes of course, but leaving in the chickpeas so that it would be heartier and more of a main dish. It turned out to be delicious, and with my simplified recipe, very easy to make. 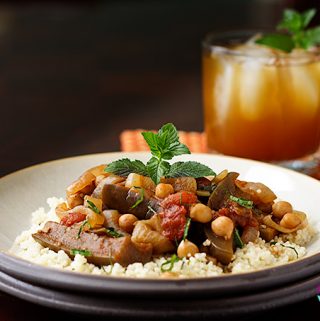 About that drink in the background: it looks like iced tea, but it isn’t.

While I had out the pomegranate molasses, I thought I’d create an original mixed drink. Since it looked so much like iced tea, and since I was making Lebanese moussaka, I decided to call it Lebanese Iced Tea (like Long Island Iced Tea, you know?)

Well, I thought it tasted good, but D. took one sip and practically spit it out, sputtering “Lebanese Iced Tea? More like Lebanese Raw Sewage!” So, since I don’t want to insult the people of Lebanon with a drink that 50% of the testers thought was horrible, I’ve decided to rename it Pomegranate Raw Sewage, and I present the recipe here. But don’t say you haven’t been warned.