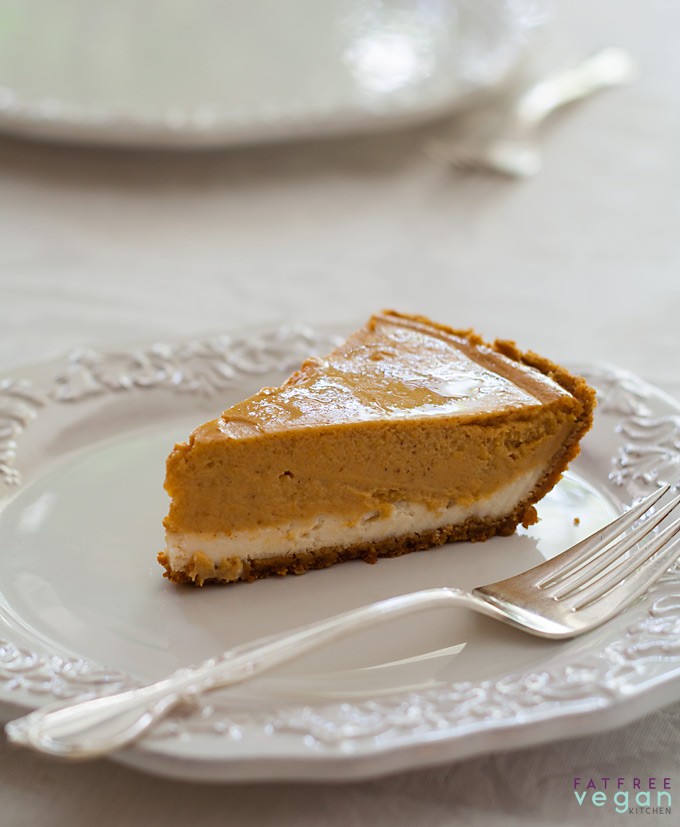 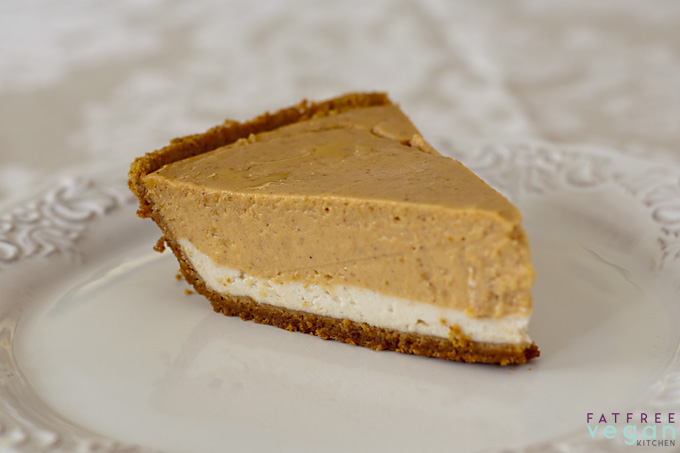 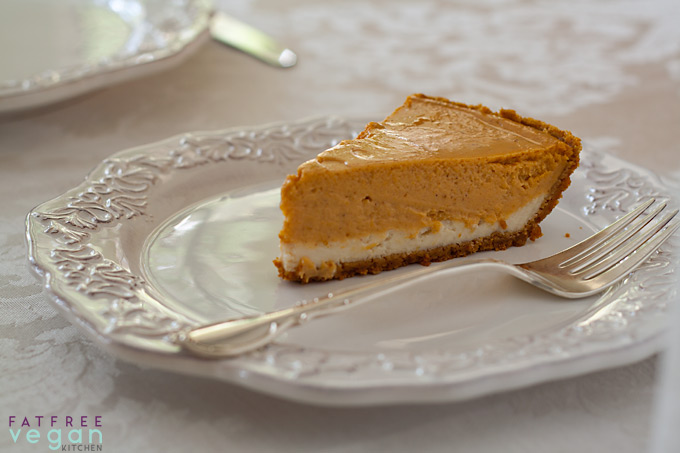 Since I first posted this recipe, it has become our traditional holiday dessert. I make it for both my husband’s and my extended families’ Christmas celebrations, and I never have leftovers to bring home. For more of my favorite fall and winter holiday recipes, please check out my Thanksgiving archives. 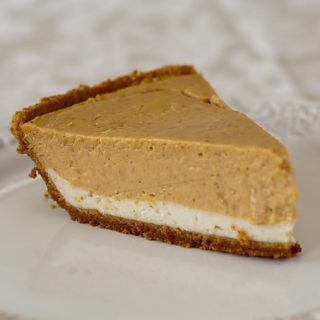 The nutritional info is based on the pie without the crust. Be aware that the crust will add fat and calories. For an oil-free crust, try my oatmeal cookie crust.
Nutrition Facts
Vegan Double-Layer Pumpkin Cheesecake
Amount Per Serving (1 slice without crust)
Calories 218 Calories from Fat 63
% Daily Value*
Fat 7g11%
Sodium 179mg8%
Carbohydrates 35g12%
Protein 4g8%
* Percent Daily Values are based on a 2000 calorie diet.