This richly spiced kale soup, redolent of cinnamon, saffron, and ginger, is as delicious as it is good-for-you.  Two words: TRY IT. 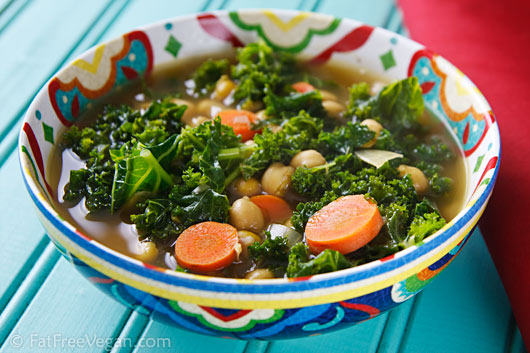 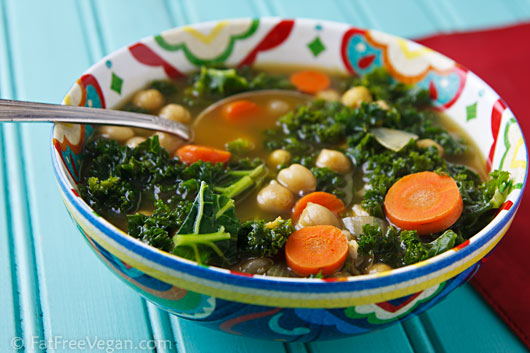 But don’t try this recipe because it’s good for you; try it because it’s delicious: sumptuously seasoned with cumin, saffron, cinnamon, ginger, and allspice, yet not overwhelming or hot-pepper spicy. 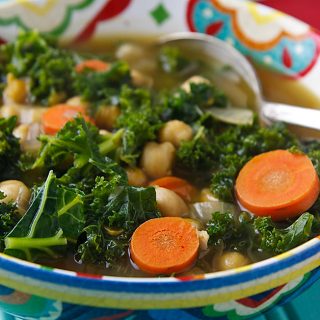 For a delicious one-pot meal, add a half cup of uncooked quinoa with the vegetable stock. Under the new Weight Watcher’s Freestyle plan, this soup has zero smart points, as long as you use a low-calorie broth. If you add the optional quinoa, it’s 2 smart points per serving.
Nutrition Facts
North African Chickpea and Kale Soup
Amount Per Serving (1 serving)
Calories 199 Calories from Fat 27
% Daily Value*
Fat 3g5%
Sodium 54mg2%
Carbohydrates 36g12%
Fiber 6g25%
Protein 11g22%
* Percent Daily Values are based on a 2000 calorie diet. 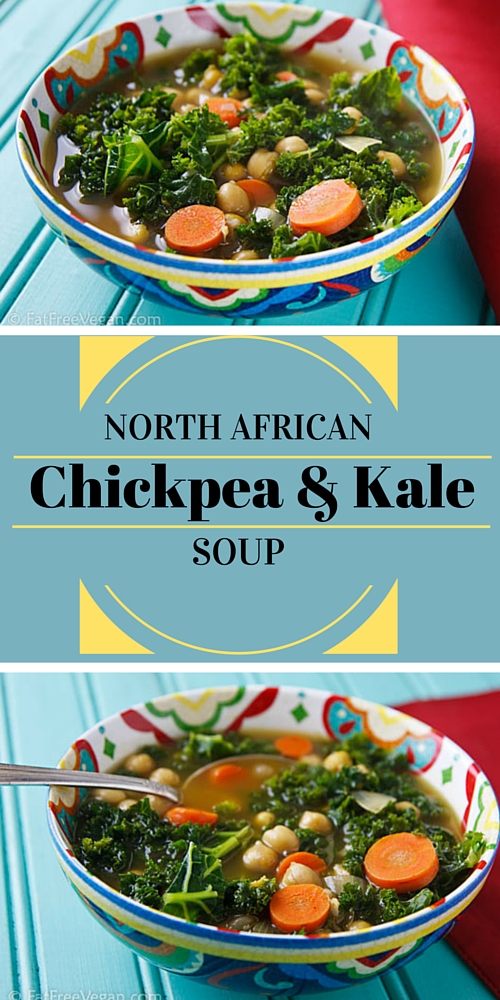