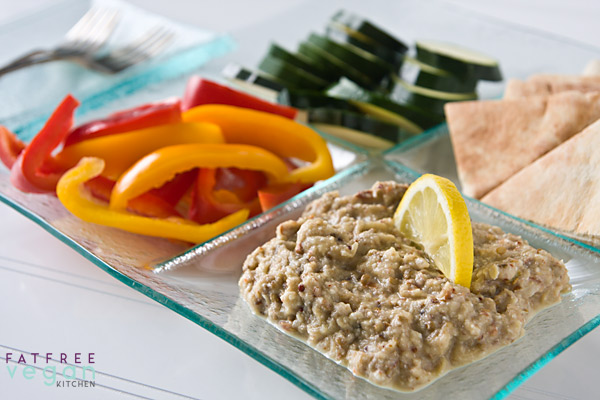 I’d like to take all the credit for this interesting version of eggplant dip, but I can’t; it’s minimally adapted from Paul Gayler’s A Passion for Vegetables where its called Bhurtho (Smoked Eggplant Dip).

From the name he gives it, I suspect Gayler was going for an Indian-style dish, yet the almonds and the lack of cumin, garam masala, or other spices set it apart.

D and I liked this dip well enough to make a meal of it with red and yellow peppers, zucchini slices, and toasted pita wedges for dipping. (E, our resident eggplant-hater, tasted it, at least, but stuck to hummus for her dipping.) We both enjoyed the spiciness of the chile and the surprise burst of flavor from the ginger. All in all, it was good for a change of pace, but it’s not going to completely replace my beloved baba ganoush! 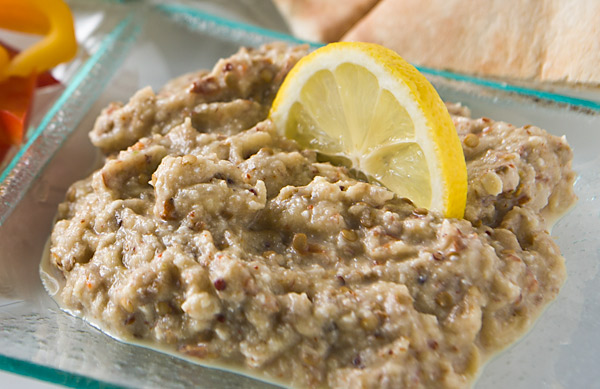 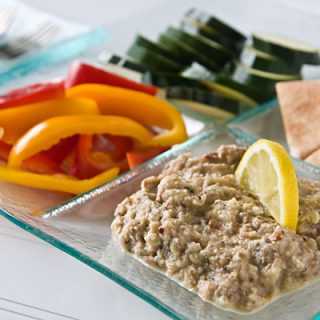